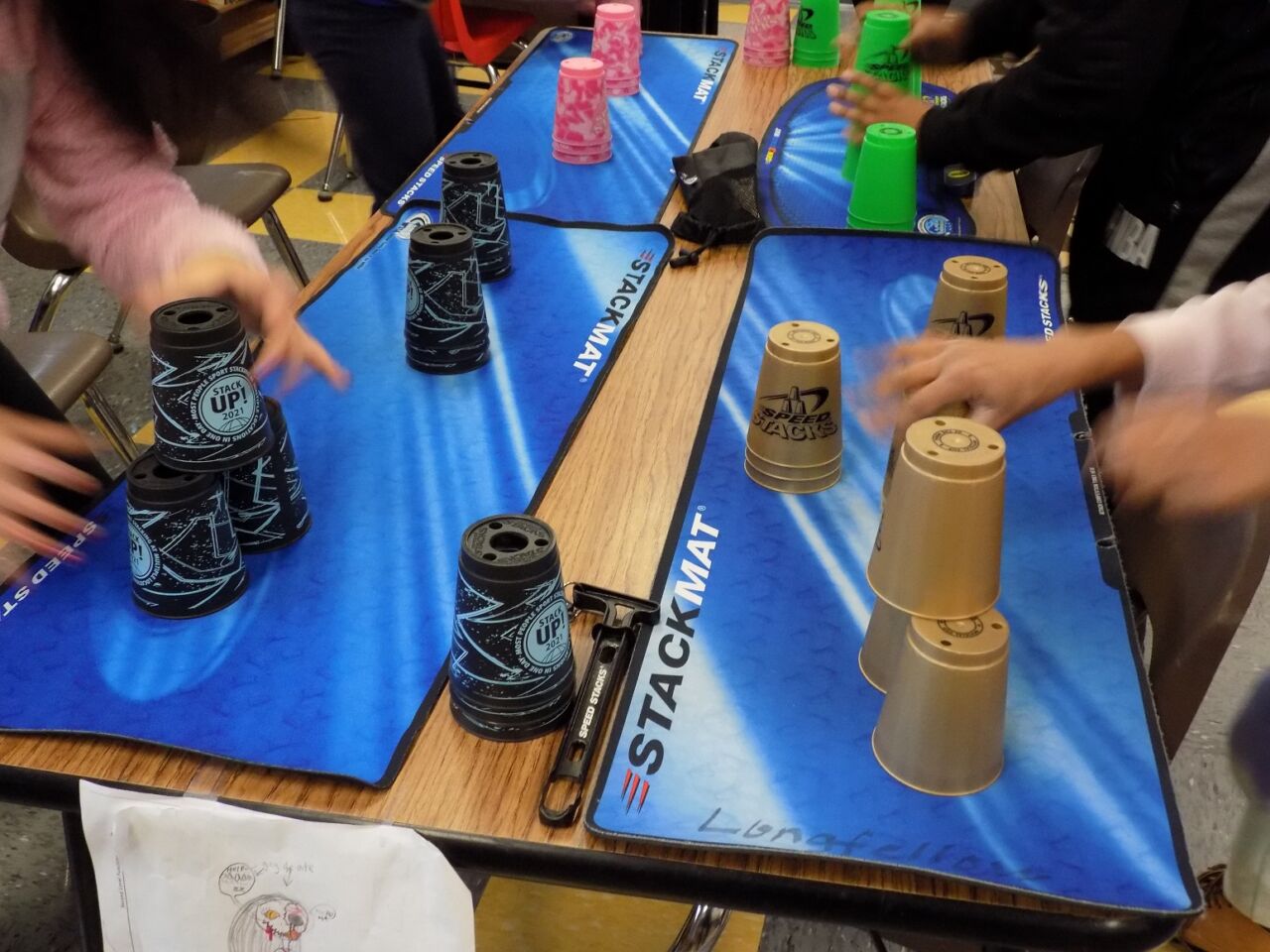 A few weeks ago, students at North Woods Elementary School in La Crosse tried to help set a world record for how many people could read the same book on the same day.

Another event aimed at setting a record happened Thursday at the Coulee Montessori School in La Crosse.

They were attempting to set a record for stacking plastic cups, with guidance from teachers and volunteers.

The World Sport Stacking Association was hoping to get 645,000 people stacking cups in one day. They won’t know for another week or so whether the current record was broken.

The students in Mariah Bigelow’s class chanted “World rec-cord” during the hour that they tried to outdo each other on how fast to stack or how high their towers of cups could go.

Bigelow said the students have been practicing for this event for weeks.

“Probably the first couple weeks, we were cup-stacking every day,” she said. “The students were excited about it. It was building community, because they were working together as a team, they were cheering each other on, and just like had really positive energy in the classroom.”

Bigelow added that her class wants to continue to stack cups every day, and she expects it will become a regular activity.