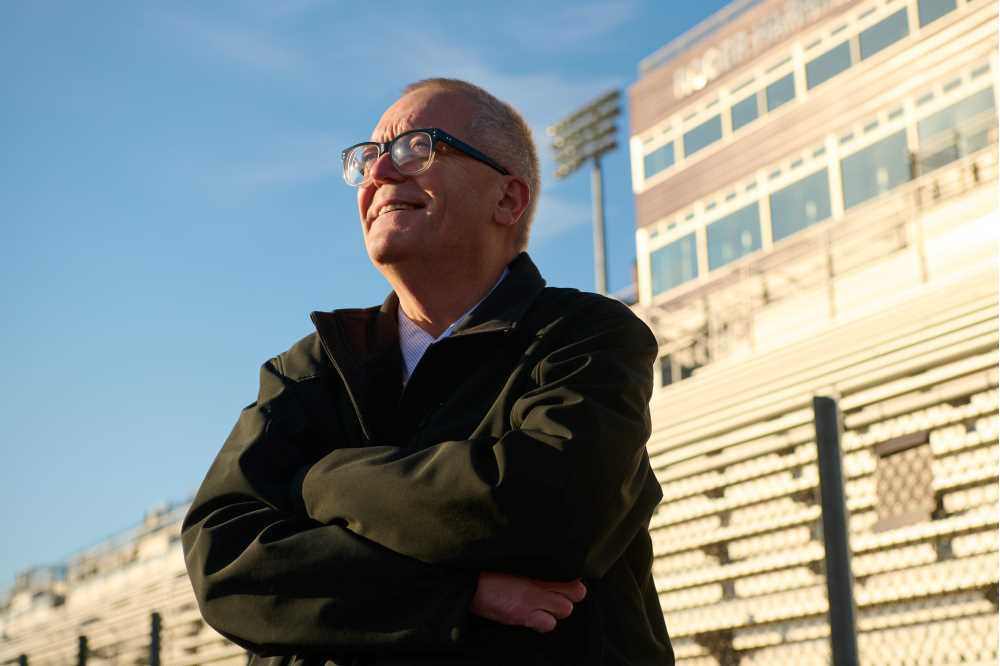 Anybody who’s been to a UW-La Crosse football game in the last 50 years, and watched the halftime show, has heard announcers named Wirkus.

The tradition began in 1968, with university speech teacher Tom Wirkus announcing the Marching Chiefs, later changed to the Screaming Eagles.

Shortly after Tom retired in the 1990s, his son Terry Wirkus was recruited to announce the shows. Terry has been doing that now for 25 years — the same length of time his father did.

Saturday, however, Terry will announce his last halftime performance with the band when the Eagles host UW-Eau Claire, beginning at 11:30 a.m. at Veterans Memorial Stadium. He’s also retiring from the Information Technology Services staff at UW-L sometime next year.

With a broadcasting background himself, having worked in local radio and TV, Terry says the stadium announcing comes naturally.

Terry added that Screaming Eagles director Tammy Fisher will give him pronunciations and other information about the script.

Besides being the band announcer, Terry also has been announcer for UW-L commencement ceremonies for several years.

Terry said he and the music department had never made specific plans on how long he would continue.

“Sometimes, I’d kinda wonder,” he said. “My thought has been, well, is Dr. Fisher gonna want me to come back? And from her perspective, it was just assumed that yep, well, Terry’s going to do it. And so, we never really even basically talked about it.”

Terry has a daughter who also works at UW-L. He claims she hasn’t shown an interest in continuing the family tradition at halftime shows. He says there have been discussions of enlisting a current UW-L student to become the next halftime announcer.