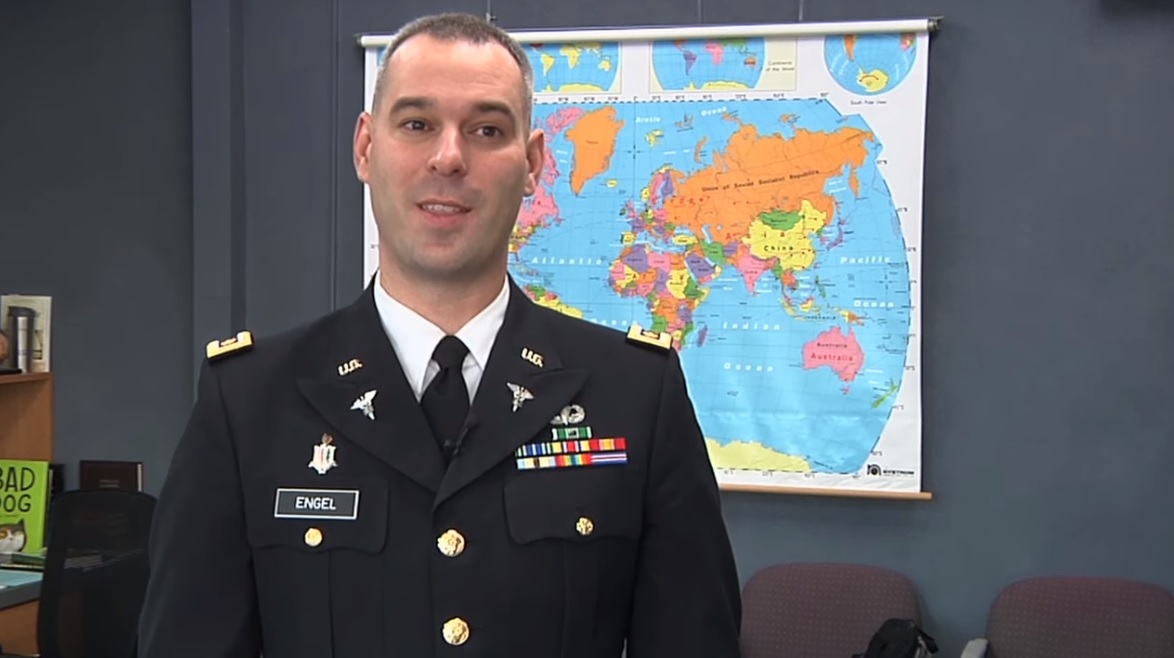 La Crosse Schools superintendent, Dr. Aaron Engel, who is also in the Army National Guard, speaking about his active role in the military.

Not every school in the U.S. arranges a special observance for Veterans Day, but some in the La Crosse area did.

An assembly at Lincoln Middle School was shown online, with in-person attendance by students limited to eighth graders due to COVID-19.

That video included La Crosse superintendent, Dr. Aaron Engel, in his Army National Guard uniform, speaking about his active role in the military.

Veterans Day is observed Nov. 11 — the anniversary of the armistice in 1918 ending World War I.

This year also marked the 100th anniversary of the dedication of the Tomb of the Unknowns at Arlington National Cemetery outside Washington, D.C.