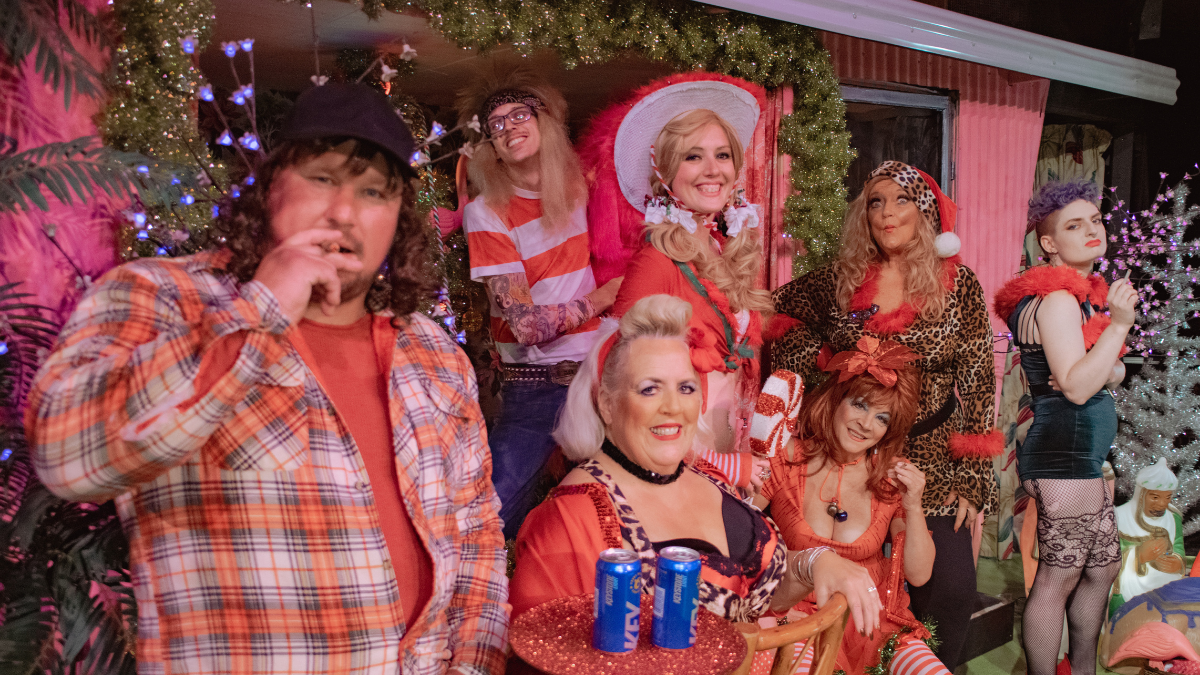 North La Crosse is once again the host of that wacky North Florida trailer park gang.

Back by popular demand, the hysterical, heartwarming Great Trailer Park Christmas Musical at the Muse Theatre.

“The show is really funny, it’s edgy, ” Muse owner and director Vicki Elwood said. “All our shows a little more salty in the language. It’s not for families, but there is also a lot of heart, a lot of great memories of Christmas, too.”

This is the third time the Muse is putting on the musical but first since 2016. It also revived the original show this past summer, as well. Tickets are going fast. Two shows are already sold out.

As the show begins Thursday and runs through Nov. 20, the Muse is also trying to raise funds for vandalism that recently happened.

The theatre needs new outdoor lighting after its lights were vandalized and stolen.

“It was really disappointing because it was just something I dreamed of having done forever,” Elwood said. “And then, once we got them up, it was just so great because you can see so much better when people come to the shows.”

A GoFundMe page is set up to get new lights installed. If you’re able to contribute to support their efforts, CLICK HERE.

As for the Great Trailer Park Christmas Musical, Elwood, who plays Betty, said it centers around three women who want to win “the best decorated trailer park in North Florida from Mobile Homes and Gardens.”

Of course, there’s a scrooge neighbor who initially hates Christmas.

“Luckily, she’s trying to unplug our lights and becomes electrocuted and then goes into an amnesiac state and loves Christmas, falls in love with her neighbor, who she normally hates, Rufus, who is our biggest decorator of all,” Elwood said.

The Muse is located on the north side of La Crosse, remodeled from an old church.