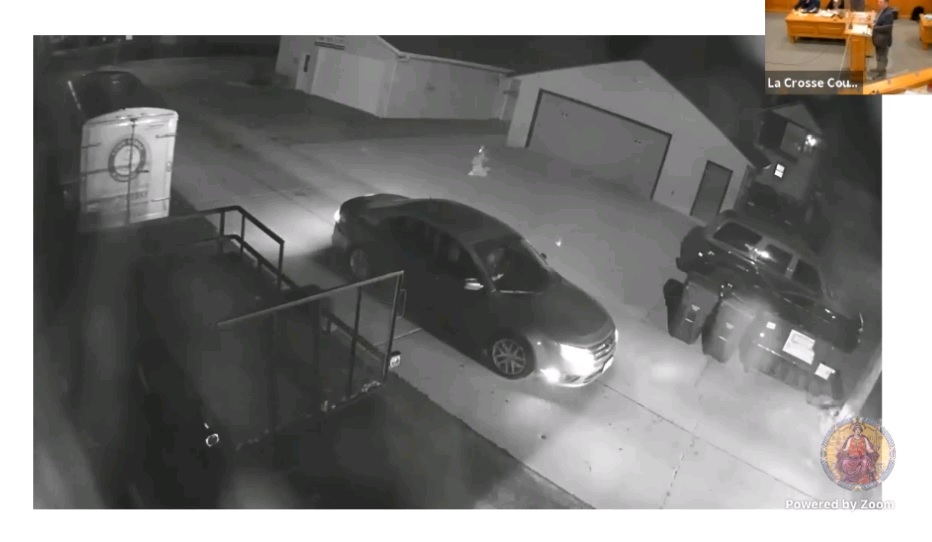 Security footage screenshot shown during the No. 9, 2021 Shavonte Thompson trial in La Crosse County Court of the shooting of Javier Ayers on Nov. 2, 2019.

Security videos and jailhouse phone calls are among key evidence being presented in the Shavonte Thompson murder trial in La Crosse.

Witnesses at the trial Tuesday in La Crosse County District Court identified Thompson as the gunman in a fatal shooting in a La Crosse alley in November of 2019, when 18-year-old Javier Ayers died from one shot to the heart, according to court testimony.

“It’s up to you to decide whether this person is telling me the whole truth, or whether they’re telling me stuff that isn’t the truth,” Flanagan said.

Police said Thompson briefly got out of one of two cars in an alley near Copeland Park, shot Ayers and quickly rode away.

Shavonte Thompson reportedly was in a car driven by his cousin, Odell Thompson.

Questioned by the defense, Odell Thompson said he didn’t see the actual shooting, but claims he knew his cousin left the car “because he wasn’t back there” when three shots were fired. “He was out of the car already,” Odell Thompson told the courtroom.

Odell Thompson also has been charged in the death of Ayers but reportedly has reached a deal to avoid a trial himself.

Shavonte Thompson is accused of shooting Ayers to retaliate for an attack on his cousin Monica Thompson, who was one of the people riding along.

The defense claims the evidence does not clearly prove that Shavonte Thompson was the gunman. Testimony resumes on Wednesday.