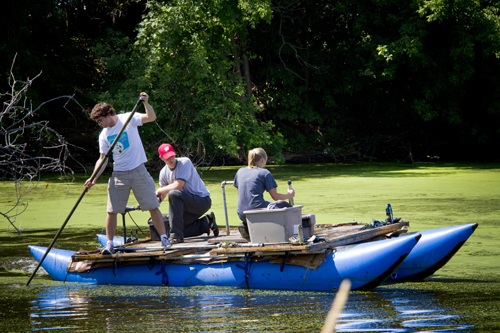 The DNR turned down a proposal from La Crosse city leaders for removing lead shotgun pellets from the La Crosse River marsh bottom, near the former gun club shelter at Myrick Park.

Last year, the Board of Public Works endorsed a $500,000 cleanup plan, but the DNR said it was not aggressive enough.

Consultant John Storlie said the state agency had other ideas in mind.

In 2015, a University of Wisconsin-La Crosse study found high levels of lead in the marsh bottom from the gun pellets left in the water after decades of target shooting in Myrick Park.