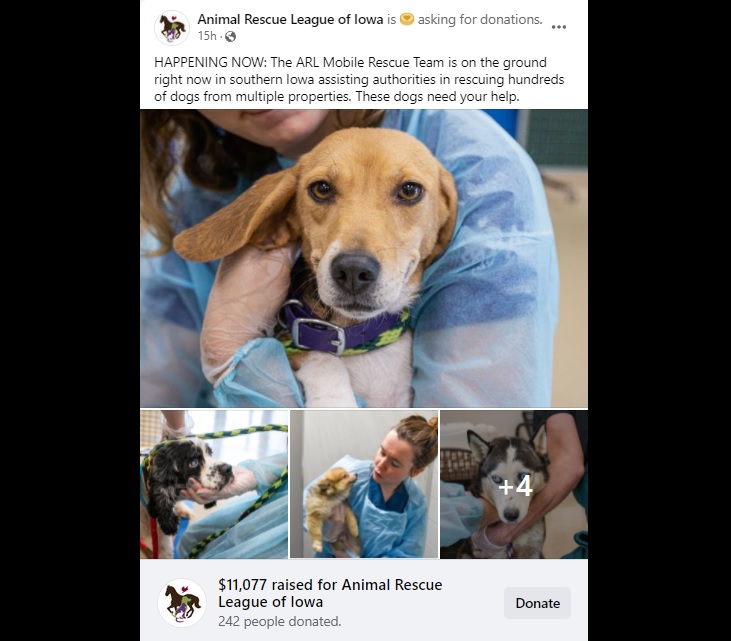 SEYMOUR, Iowa (AP) — An Iowa man who violated federal animal welfare laws more than 100 times has been barred from selling, breeding or brokering dogs and must give up 514 dogs he kept in various locations around the state.

A federal judge on Tuesday approved an agreement against Daniel Gingerich, whose main site was in rural Seymour.

The Animal Rescue League of Iowa and the American Society for the Prevention of Cruelty to Animals are gathering the dogs, which will be sent to other shelters.

“Our team is currently on the ground continuing to remove the remaining dogs and ensure all of these dogs will know the love of a family and the comfort of a home … the things they have always deserved,” the rescue posted on Facebook. “We need your help to continue to help the most critical cases in our care right now and those that will continue to come in from this ongoing rescue. Your generosity will change their lives.”

Wayne County Sheriff Keith Davis said Monday Gingerich will eventually face criminal charges, though he didn’t say what those charges would be.