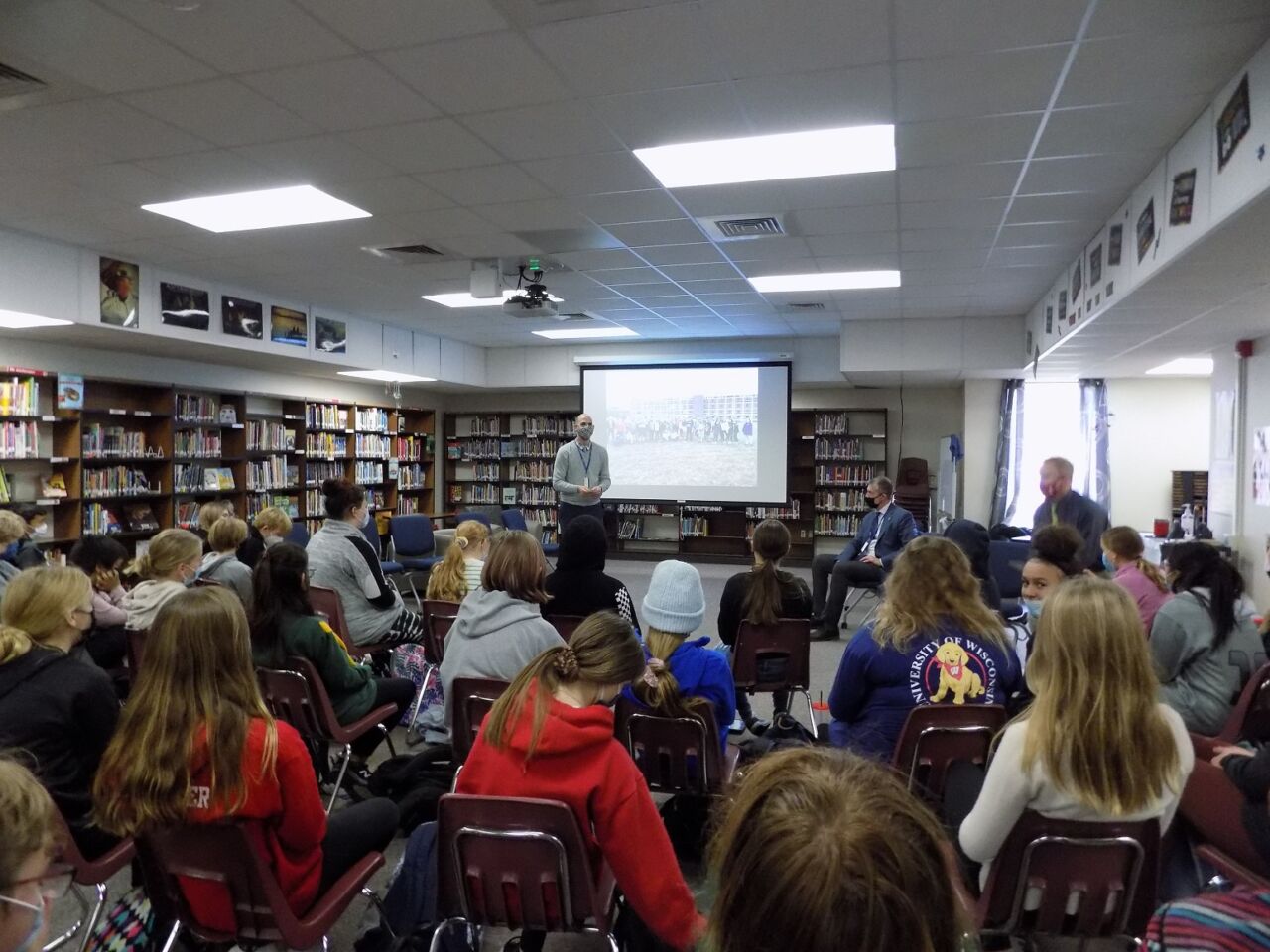 A former Trane Company plant site in north La Crosse has been empty for about a decade.

Development of the land could start there very soon but some amateur planners were given a chance to create their own developments for the 10-acre lot.

Those Lincoln Middle School seventh grade students showed off their proposals Thursday, as part of a yearly introduction to city planning.

Mae Yang worked on the team that submitted the winning design. She said food locations were a key to their plans but the ideas grew from there.

“One of my teammates really wanted a bigger place to swim, for like swim practice,” Yang said, “and I wanted more, like, food places … so we just combined those.”

The team’s design included sports facilities and a hotel, along with food options not offered now in La Crosse, such as an I-HOP and a 7-Eleven.

Lewis Kuhlman of the city planning office is an advisor on the Lincoln MS project. He thinks it’s valuable to the students and their families.

“It’s basically just an opportunity to not only get the kids thinking about planning in general, but also to get the community’s interest in like, ‘Oh yeah, well, what is happening on that site?’” said Kuhlman, who noted that Valley View Mall and the vacant K-Mart were considered sites for the student projects before settling on the Trane location.

The school’s planning study is designed to include elements of math, science, history and public speaking.

The 10-acre site near the old rubber mills is now being developed for housing and other purposes by Three-Sixty Real Estate Solutions in La Crosse, which is also working on the K-Mart lot.