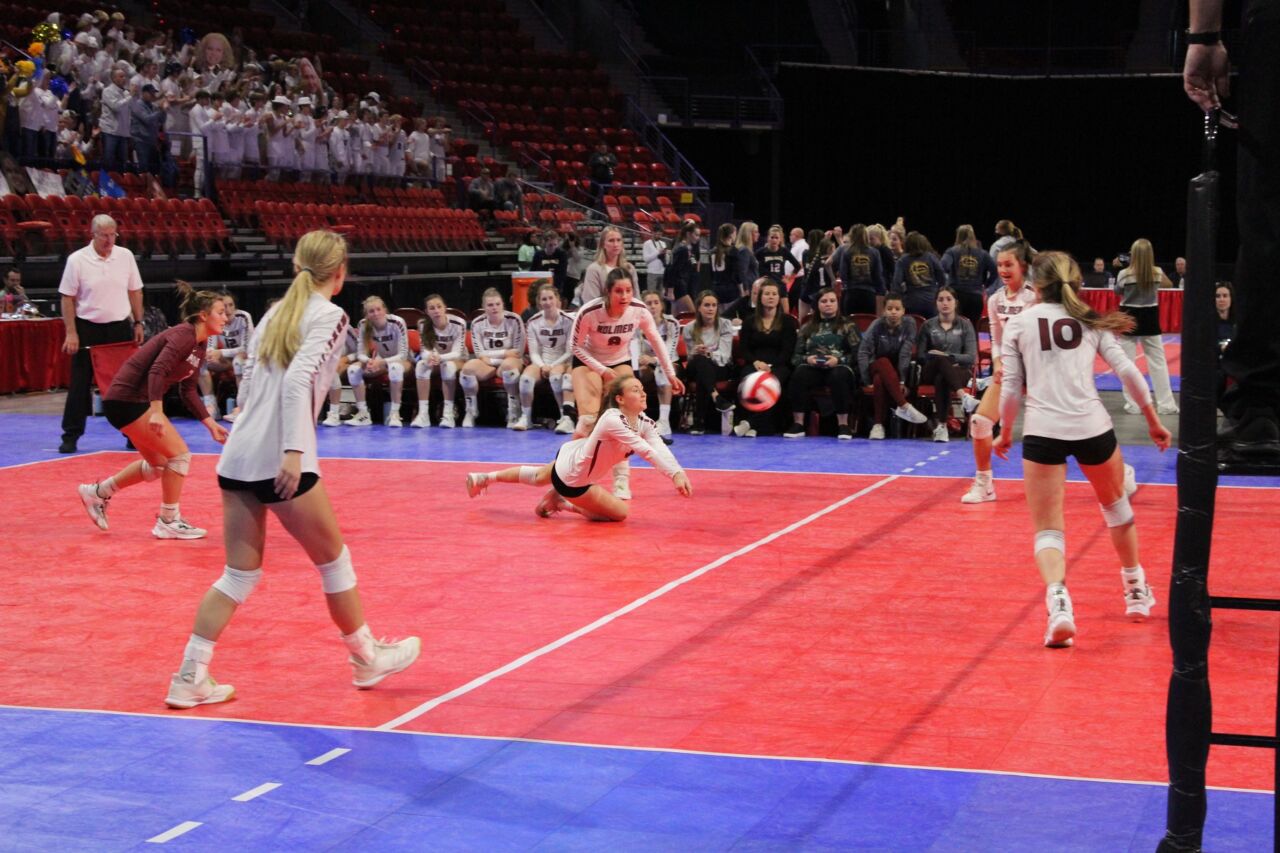 GREEN BAY, Wis. — Up against the defending state champs in its first-ever WIAA state volleyball tournament for the Holmen High School ended in defeat on Thursday.

Marissa Pederson had nine kills, seven digs and an ace for Holmen (29-3), while teammates Ellie Kline had 19 digs and Kassie Mueller added 16.

This is North’s second-consecutive appearance at the state tournament. The Lightning (37-6-1) have gotten to state six times since 2013.

Holmen hit just .019 percent with 18 errors and 20 kills, while North had two players combine for 35 digs and another added 10.