Protest of vaccine mandate at Gundersen focuses on "heroes fired" 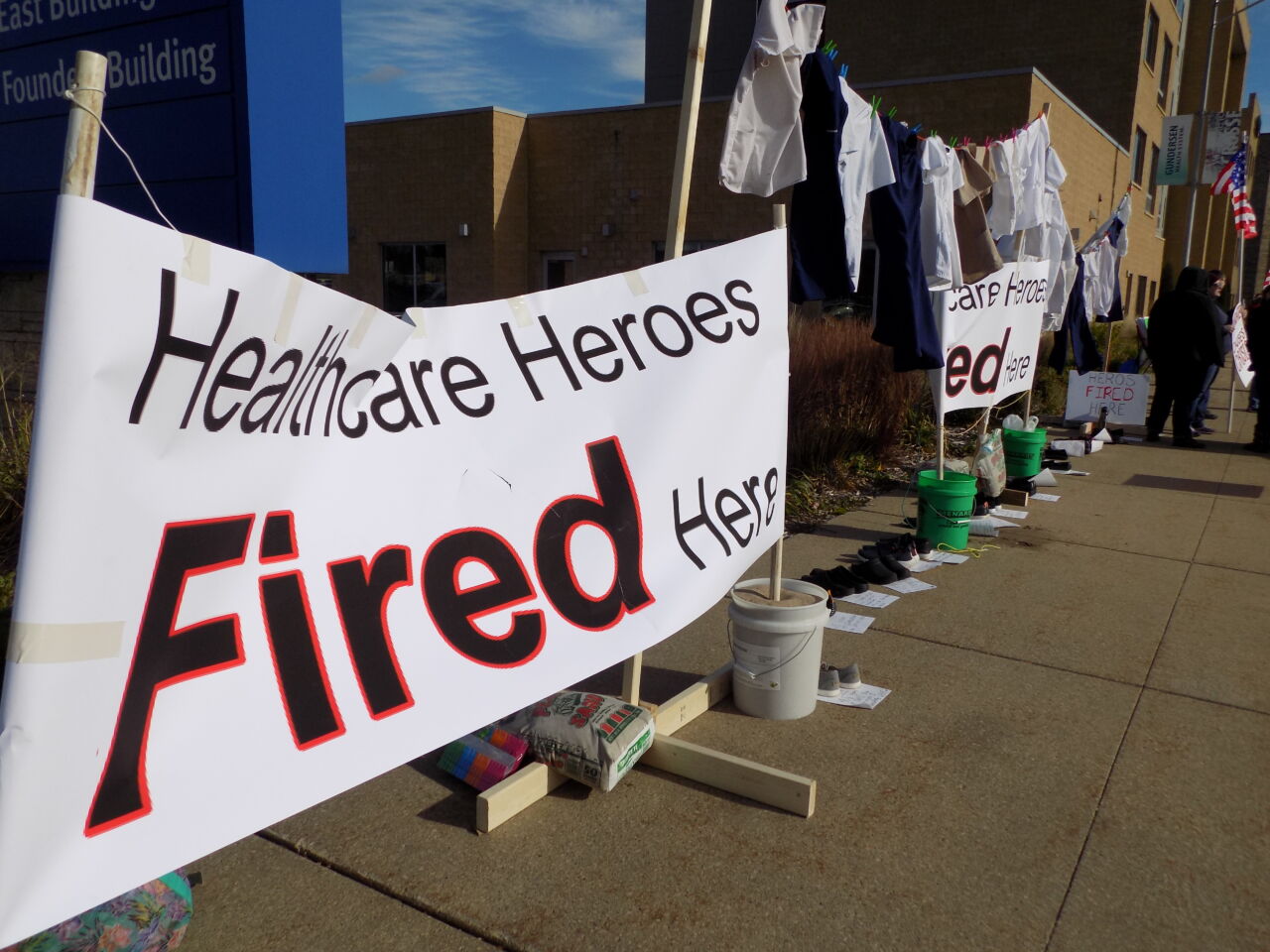 “Distrastrous” and “insanity” are two of the words being used to describe a vaccine mandate from health care workers at Gundersen Health System in La Crosse.

About a dozen people began a vigil across the street from the hospital since Tuesday morning, protesting Gundersen’s plan to fire workers who don’t get the COVID-19 vaccine.

Andrea Babinski, a nurse who was put on unpaid leave this week, expects to be fired Nov. 8.

“This is just a really disastrous decision by our leadership that is just going to cause a lot of suffering for our community, for our patients,” says Babinski, an RN at Gundersen for 12 years.

“Probably hundreds of staff have already quit over this mandate,” Babinski said. “There’s a few of us that are waiting out to get fired, but most people have had to go on and find other jobs already over the last two months because of Gundersen’s threats of termination.”

The protest included large signs that say “Heroes Fired Here,” and a sidewalk display of shoes and scrubs belonging to former hospital workers along South Avenue.

Babinski does not expect more protests outside Gundersen before Nov. 8, but she does plan to lend support to Mayo Clinic Health System staffers in La Crosse, who are also expecting to be fired because of a vaccine mandate.