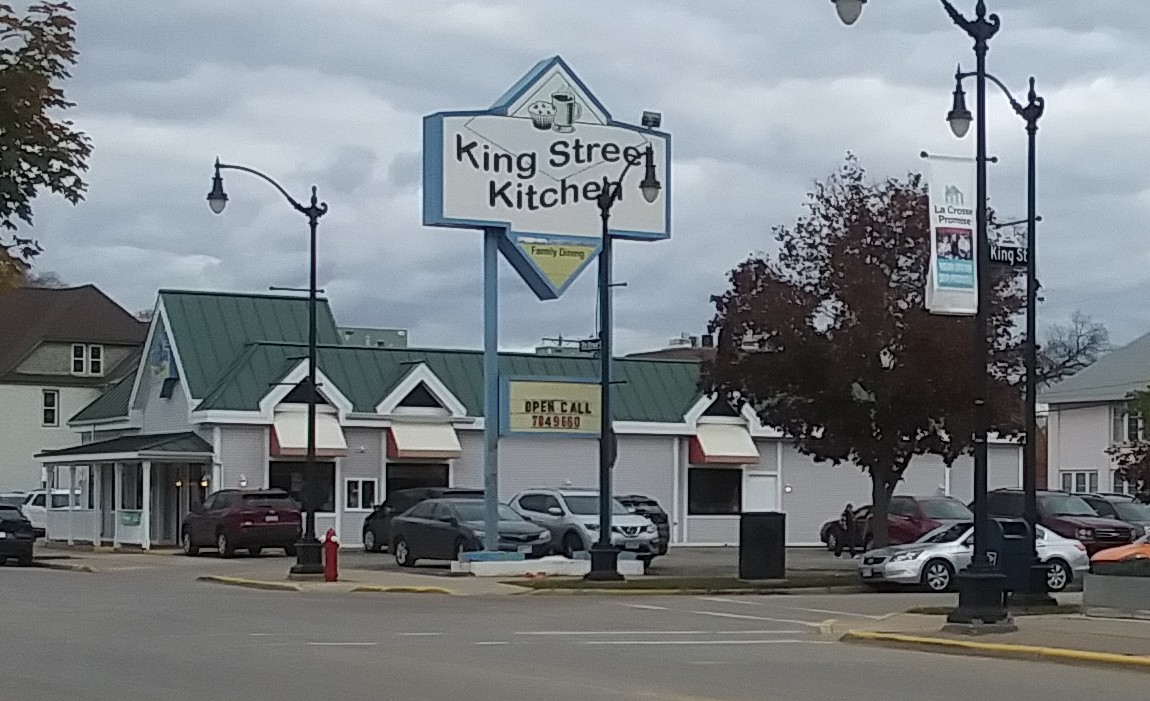 Generations in the La Crosse area have grown up enjoying competing restaurants at the corner of 7th and King streets.

In the 1960s and 1970s, one could go to Henry’s Drive-in or the Country Kitchen at that intersection. One turned into the Pizza Doctors, while the other became King Street Kitchen.

As of Tuesday night, there will not be a restaurant open at that corner.

Henry’s eventually became Pizza Doctors, and that buffet closed on Halloween a year ago.

Tuesday is the last day open for the former Country Kitchen, which is now King Street Kitchen.

The Zumach family sold the kitchen to an Eau Claire area company that wants to open a bank at that corner.

The King Street Kitchen at 7th and King opened as part of the Country Kitchen chain in 1960, and has been operated by the Zumach family for most of that time. It closed as a Country Kitchen 15 years ago, and then took on its current name.