Public gets chance to weigh in on Wisconsin Republicans' redistricting plans 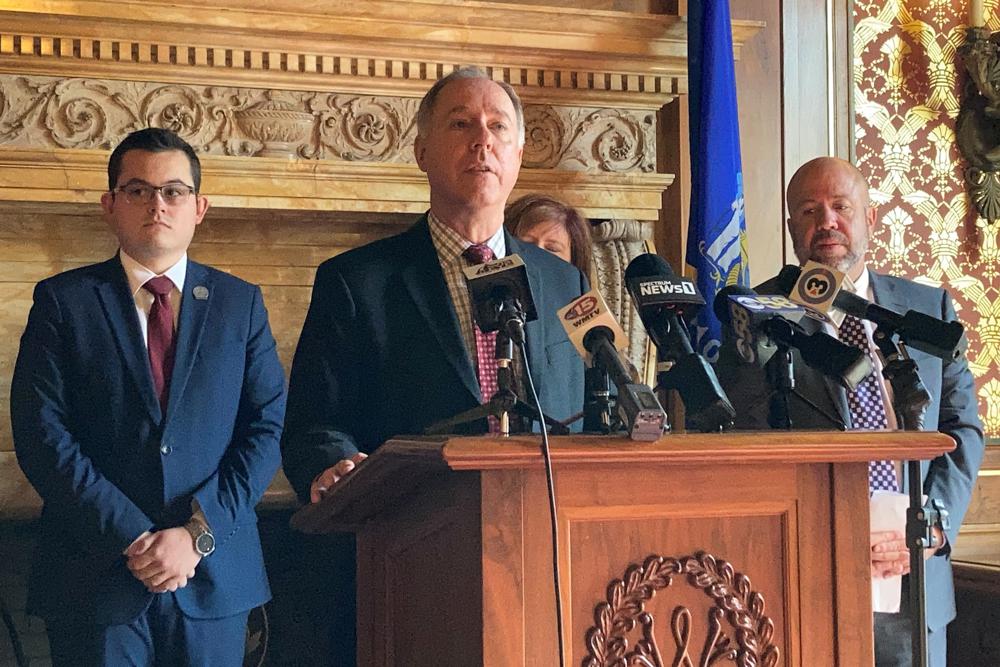 FILE - Republican Assembly Speaker Robin Vos joins with Republicans in speaking in support of a package of anti-abortion bills up for final approval in the state Assembly on Wednesday, Oct. 27, 2021, in Madison, Wis. (AP Photo/Scott Bauer)

MADISON, Wis. (AP) — The public gets a chance Thursday to tell Republican lawmakers what they think of their redistricting plan that would keep solid GOP majorities in place.

Republicans unveiled legislative and congressional maps last week that are largely based on the current districts.

The joint legislative hearing Thursday comes just days before the Legislature is expected to vote on the maps, which would set political boundary lines for the next 10 years.

That would send the maps to Democratic Gov. Tony Evers, who has already told Republicans he won’t sign what they’ve put forward. That means the new maps will most likely be drawn by a court.

Redistricting is the once-a-decade process of redrawing the state’s political boundaries based on the latest census showing how populations have changed in neighborhoods, cities and counties since 2010. Mapmakers can create an advantage for their political party in future elections by packing opponents’ voters into a few districts or spreading them thin among multiple districts — a process known as gerrymandering.

Opponents to the GOP maps planned to make their case at the hearing for Republicans to consider alternate proposals, including ones drawn by a commission Evers created. Democrats want the new maps to be drawn from scratch, rather than starting with the GOP-friendly districts currently in place.

Evers said it was would be “unconscionable and insulting” to enact “another set of gerrymandered maps modeled after the same gerrymandered ones we’ve had for a decade.”

Republican leaders who drew the maps have insisted they are fair, legal and based on feedback they considered, including from the governor’s maps commission.