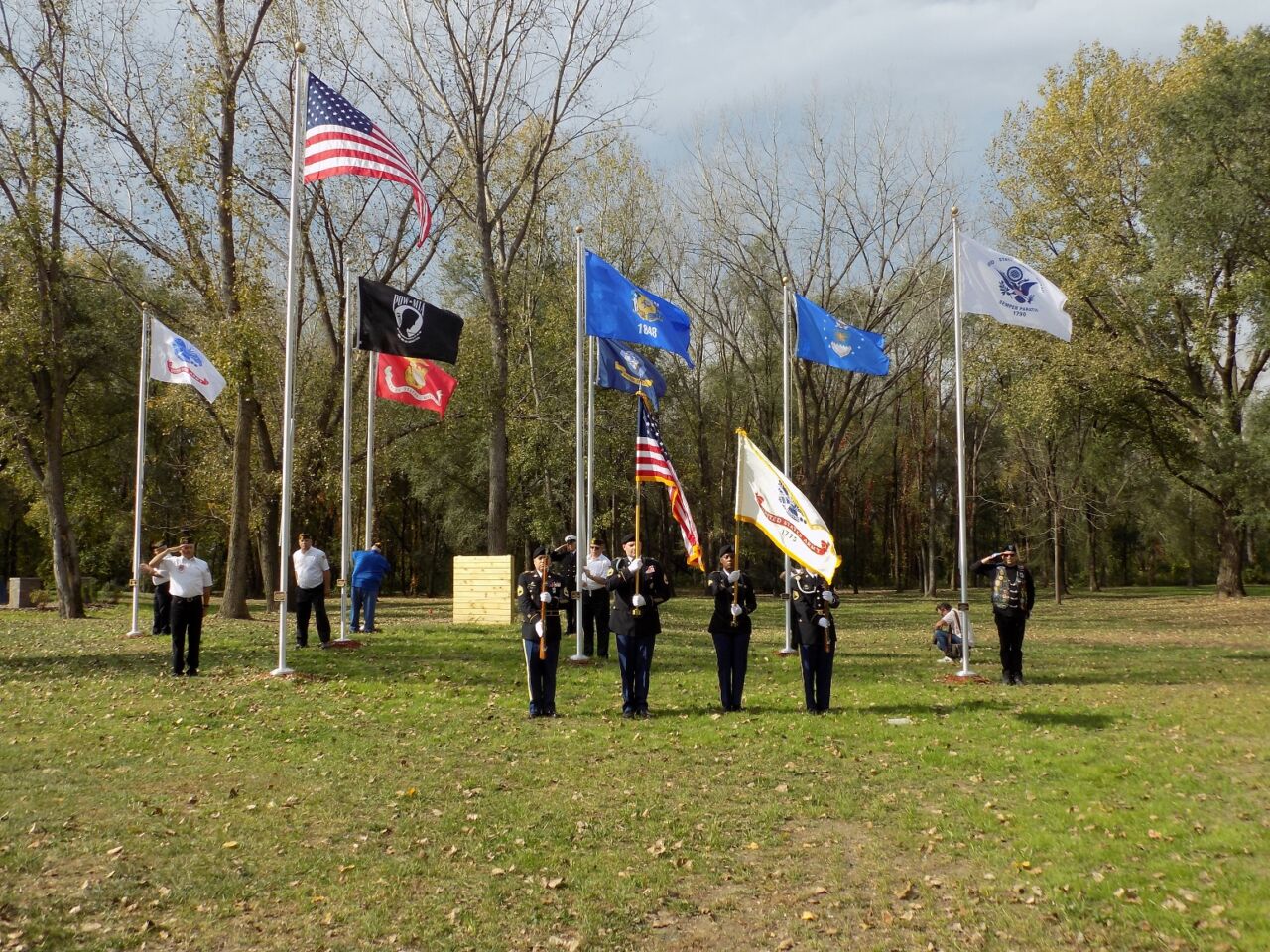 A La Crosse memorial to Vietnam War dead is taking shape at the city’s Veterans Freedom Park.  The first part of the memorial, eight flagpoles, was dedicated on Wednesday.

Memorial organizer Jordan Briskey of Holmen says other elements of the project are on the way to La Crosse.

“Next will be the names (of vets) killed in action, a big wall, 25 pieces, and also a center stone that actually tells the story of Vietnam,” says Briskey, a student at Western Tech.

Groundbreaking for the monument took place last May. Briskey estimates the cost at around $150,000.

“What we’re talking about is service, and service to something that is greater than ourselves,” said the mayor, “either to our families or our community, or in this case our nation.”

Medal of Honor recipient Kenneth Stumpf led the audience in the Pledge of Allegiance, as eight flags were raised during a ceremony that included a color guard from Fort McCoy.

A few weeks ago, a World War II memorial was dedicated nearby inside the park along the Black River.