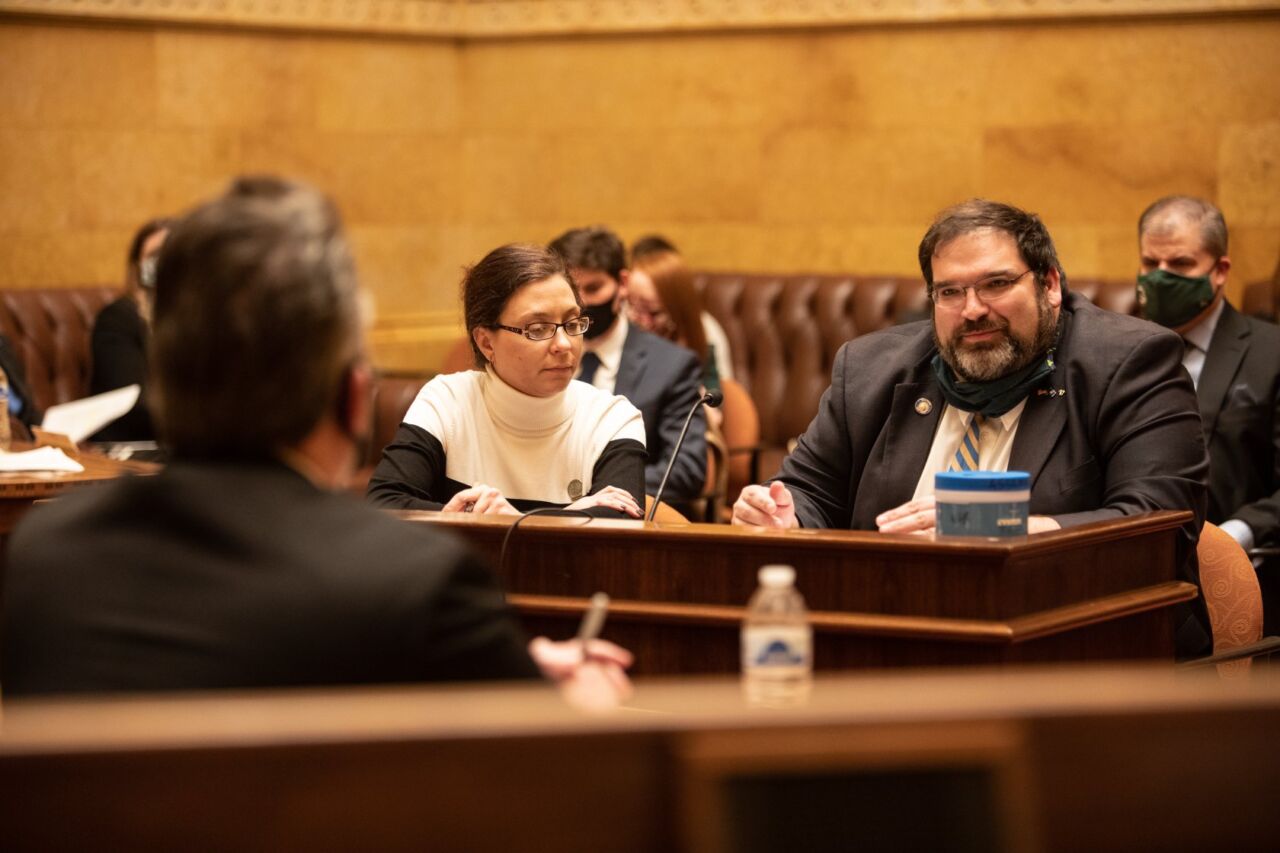 MADISON, Wis. (AP) — A Wisconsin legislator returned to work Thursday for the first time since COVID-19 left him breathing through a ventilator.

Republican Sen. Andre Jacque, of De Pere, was hospitalized Aug. 16 after testing positive for the coronavirus and testifying at a packed Capitol hearing without a mask. The 40-year-old was placed on a ventilator Aug. 23 and discharged him to a rehab facility nearly a month later. He said last week that he’s still using a walker but is feeling better every day.

Jacque chaired a meeting of the Senate’s human services committee on Thursday afternoon, joining the proceeding by phone. He began the meeting by thanking everyone who has supported him during his battle with the disease, including “medical professionals” helping him through his recovery.

“Looking forward to getting back,” he said.

He outlined two bills he’s sponsoring for the committee. One would create a foster parents bill of rights. The other would create requirements for elder abuse investigations. His voice sounded strong as he discussed the bills.

Earlier in the day, he attended a Senate judiciary committee hearing by phone.

It’s unclear if Jacque has been vaccinated against COVID-19. He’s one of the Legislature’s most conservative members and has fought vaccine and mask mandates. He has sponsored bills that would prohibit government officials or business owners from requiring proof of vaccination and joined with other Republicans in opposing Democratic Gov. Tony Evers’ statewide mask mandate. The state Supreme Court struck the mandate down in March.

Jacque resides in De Pere and has six children, including an infant. His wife, Renee Jacque, said that five of their family’s eight members have tested positive. Of the family’s three fully vaccinated members, one contracted the virus with mild symptoms, she said.

After her husband fell ill, she asked people to consider trusting doctors and get vaccinated. She hasn’t said who in the family has been vaccinated.