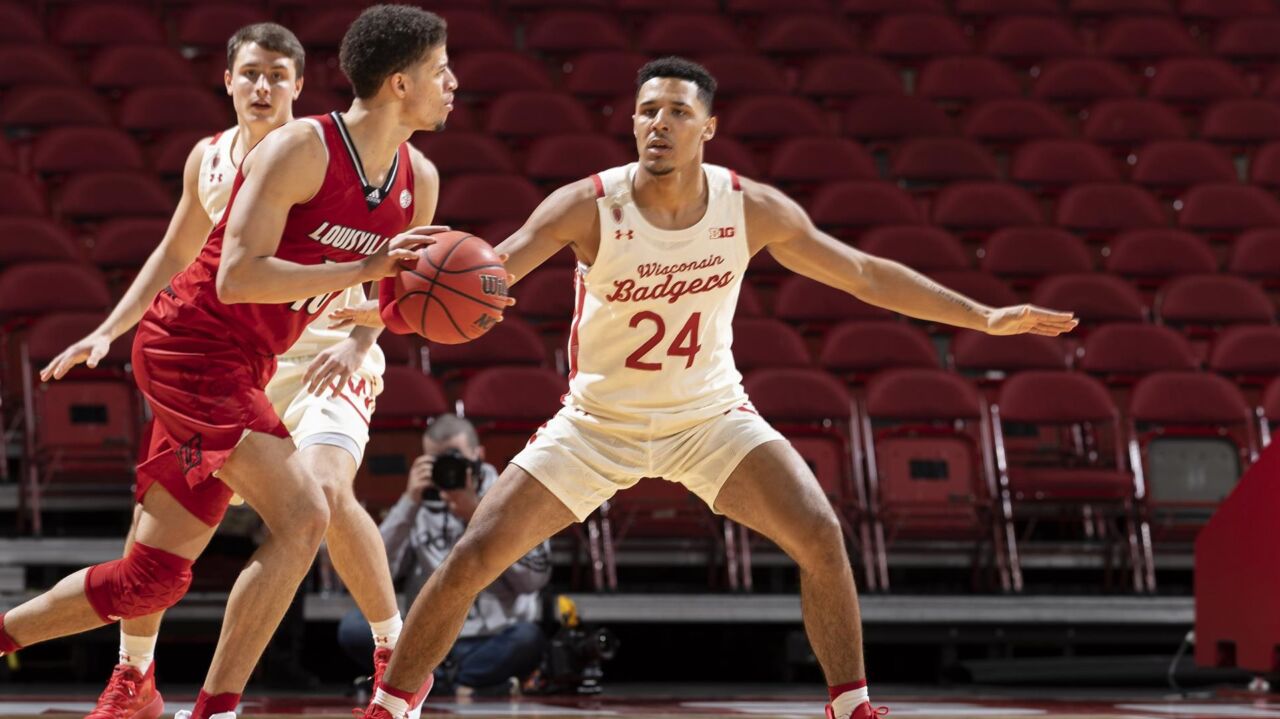 When he came to Madison to play basketball, La Crosse native Jordan Davis was a Kobe Bryant fan.

The L.A. Lakers great had switched from No. 8 to No. 24 and that’s the number Davis wanted in earing a scholarship to play for the University of Wisconsin men’s basketball team out of Central High School.

Growing up, it was Bryant who was Davis’ idle, but a former great for the Badgers also wore No. 24 — Michael Finley.

Davis, headed into his sophomore season for UW, was too young to see Finley play in college — leading the Badgers, in 1994, back to the NCAA tournament for the first time since 1947 — or 15 years in the NBA, but he learned his history.

Finley had his No. 24 retired in late September. Now one of just three players to have the honor, along with Ab Nicholas’ No. 8 and Frank Kaminsky’s No. 44.

Wisconsin doesn’t retire numbers the way most think. Players can still wear them, while they’re also hanging from the rafters. But Davis wanted to honor Finley, and decided to make a switch.

“I thought to myself, ‘Well, shoot, I’m No. 24 and I’m an instate kid,'” Davis said to UWBadgers.com. “I didn’t grow up watching Michael — obviously he played before I was born. But I’ve heard about him, and I know who he is. I have high respect for him and what he has done for the program.”

Davis knew Finley got the Badgers back to the NCAA tournament and had a long NBA career.

“I just felt that group of guys – that Michael Finley was with – deserved to be recognize as a special group that came through Wisconsin basketball,” Davis said.

So Davis talked with UW coach Greg Gard and others, to make sure it would be OK to switch. Then, he talked with his dad, Mark Davis, who was a fourth-round draft pick by the Cleveland Cavs, out of Old Dominion.

“My dad was saying I should go with No. 2 and, actually, I was going to tell him I was going to be No. 2,” Davis said. “It’s weird how we both picked the same number.”

Mark Davis played 33 games in the NBA, including 31 for the Milwaukee Bucks during the 1988-89 season.