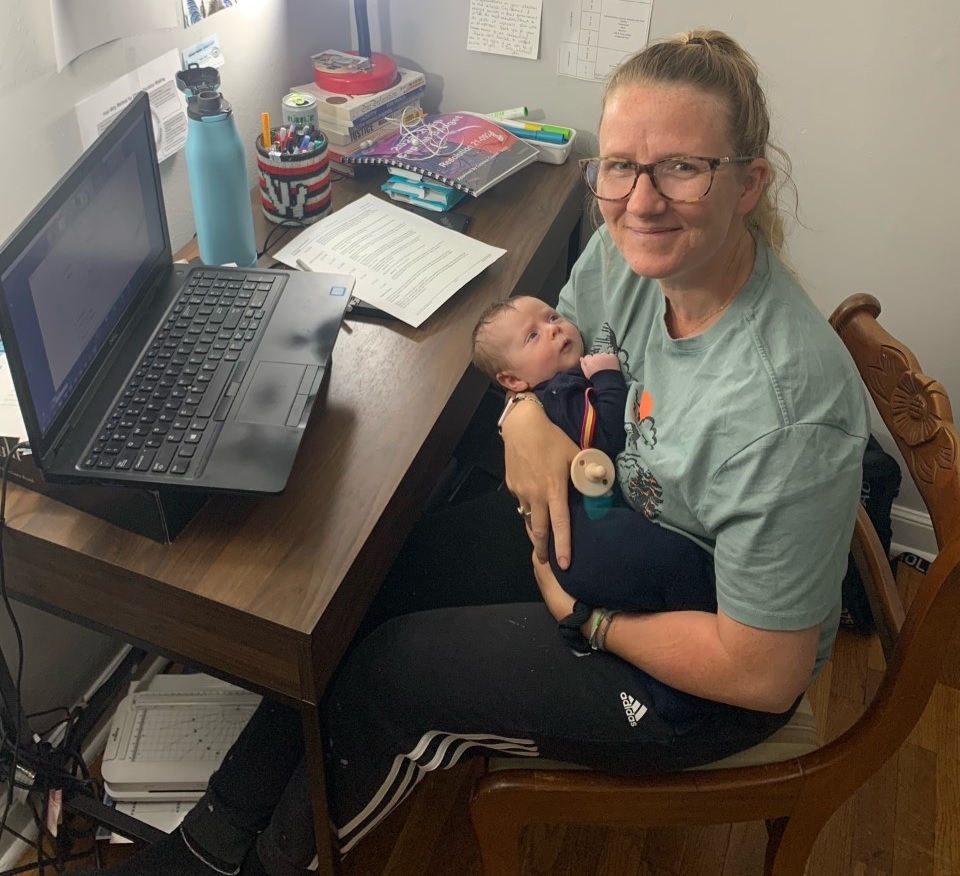 It’s been about six months since La Crosse’s first-ever female majority city council took over but the number of members has unofficially grown.

While there are 13 council members — and seven of those women — there have been cases where 14 or even 15 people are part of the meetings.

Two other females have made their way to council.

These new(born) members weren’t voted in. It’s hard to say at this point if there will be a probe or investigation, but you may notice these little council-ees during virtual meetings.

One of them is — How do moms usually say it? — 18 months old, while the other is even newer to meetings at just eight weeks.

Lilly gaveled out of the show after 10 seconds, however.

Mac is a rookie to city council — but not to motherhood. She’s learning city biz on the fly, while taking care of Lilly, her second child.

It isn’t uncommon for Mac and Lilly to be sitting in a chair together at 2 a.m. listening to a recorded committee meeting.

“Yeah, I do a lot of that. Yup. Yup,” Mac said. “I joke around that (Lilly is) just going to be an expert before she’s even 1. Her first words are probably going to be ‘motion’ or something like that.”

Along with those two, another mom-daughter duo can also be caught on camera during a city meeting.

Two rookie council members and their babies zooming into a committee meeting, it’s something that got the attention of Mayor Mitch Reynolds.

Reynolds, a couple decades ago, did have to go through the diaper-changing years with a son and daughter himself. But it’s not just the moms on this council — with six new members elected in April — that have the mayor’s respect.

“This has been such an energetic and conscientious group of individuals,” he said, “that are continually challenging me and the rest of the city to push forward with new ideas — ideas that help us progress. I love that there is that energy on the city council right now.”

Taking care of a newborn and hitting as many city committee meetings takes it toll on Mac, but the virtual option has been a great help — probably for everyone, since Lilly can get fussy.

“There’s been a few times,” Mac said. “I mean, luckily, being virtual, I can kind of pop off camera or stay muted, so it hasn’t been too bad.”

Mac did note that she is not using Lilly to sway any of the vote tallies her way. If it happens, though, it happens.