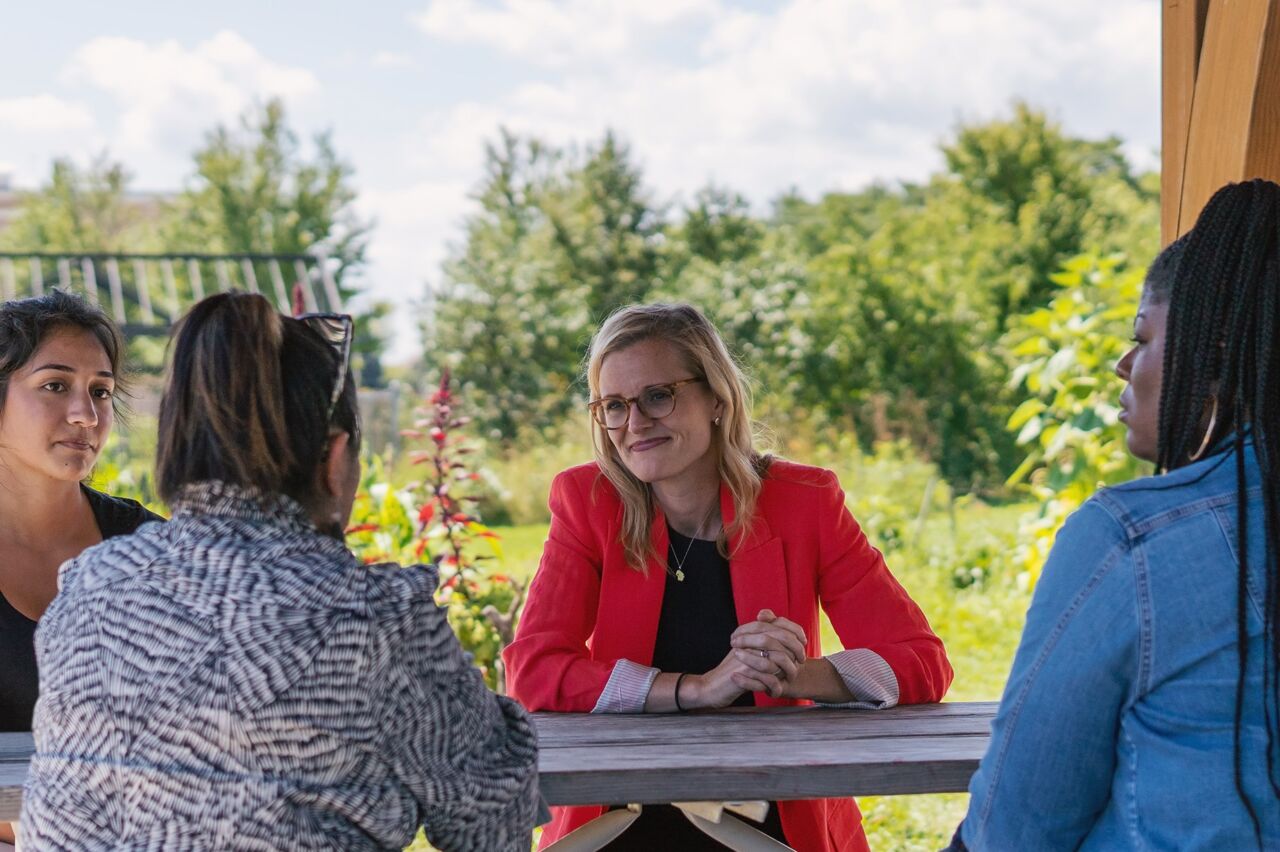 MADISON, Wis. (AP) — Democratic U.S. Senate candidate Sarah Godlewski on Monday announced she recently tapped her personal wealth to put $1 million into the race, a move that comes days after another candidate became the first to air television ads statewide.

Godlewski is one of roughly a dozen Democratic candidates in the primary race for the U.S. Senate seat currently held by Republican Ron Johnson. He has not said yet whether he will seek a third term.

“I believe in this campaign, and I am putting my money where my mouth is,” Godlewski said in a statement announcing the move. She and her husband, Max Duckworth, have assets worth between nearly $24 million and $60 million, based on her financial disclosures.

Another independently wealthy candidate, Alex Lasry, launched the first television ads of the race on Wednesday. Lasry is on leave from his job as an executive with the Milwaukee Bucks, a team his billionaire father co-owns.

Lasry’s ads tout his support from labor unions and work advocating for construction of Fiserv Forum, home of the Milwaukee Bucks. One ad includes on-camera endorsements from the Milwaukee County executive, a Milwaukee city council member and a former state senator.

Lasry and Godlewski are in a crowded Democratic field that also includes Lt. Gov. Mandela Barnes and Outagamie County Executive Tom Nelson. Jeff Rumbaugh, a Madison resident who briefly ran for governor in 2018, became the latest candidate to get into the race on Monday.

The race is a top priority for both parties given battleground Wisconsin’s nearly equal partisan divide. Majority control of the Senate could be determined by who wins the Wisconsin race.

Godlewski won an early, key endorsement from EMILY’s List, a national group that supports female candidates who support abortion rights. Godlewski also raised $513,000 in the fundraising period covering April through June. In addition to announcing the infusion of $1 million of her own money in the race, Godlewski announced the hiring of three staffers, including a campaign manager, finance director and communications director.

Her underlying consulting team does not change. That is led by Scott Spector, who led Democratic U.S. Sen. Tammy Baldwin’s successful 2018 reelection campaign.

“Ron Johnson, Mitch McConnell, and dark money groups are going to do whatever it takes to win, and I am not going to allow them to outwork us or outspend us,” Godlewski said in a statement. “My campaign team is smart, scrappy, and has a record of winning tough elections throughout our state and our country.”