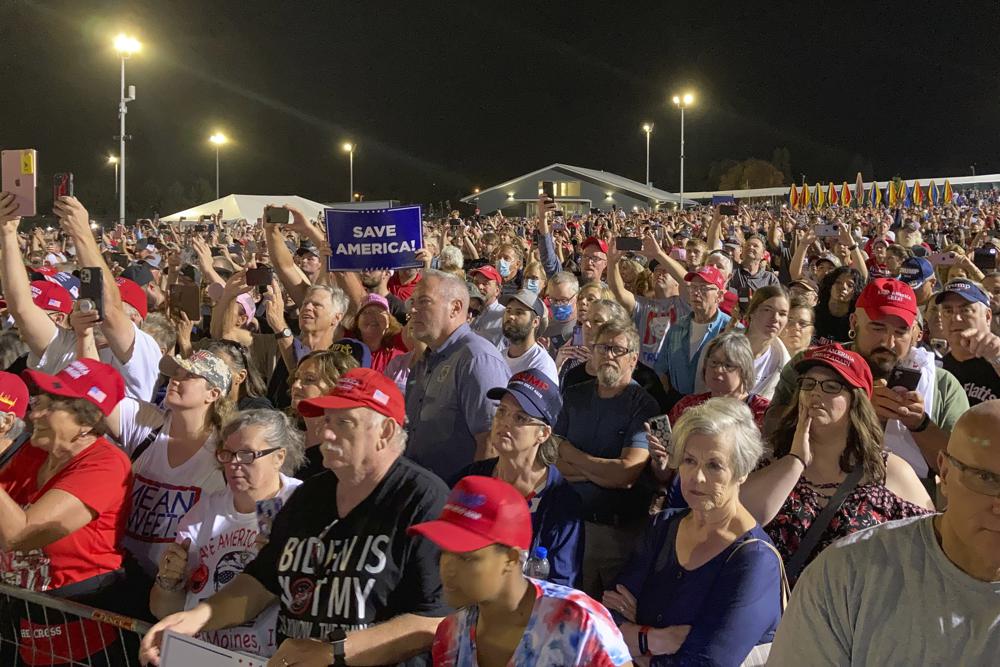 DES MOINES, Iowa (AP) — Republican Sen. Charles Grassley and Gov. Kim Reynolds embraced Donald Trump’s return to Iowa on Saturday, standing by the former president as he repeated his false claims of voter fraud and a stolen election to a crowd of thousands.

The state’s senior senator, at 88-years-old, who recently announced plans to run for an eighth six-year term, praised the 75-year-old Trump as he introduced him by noting there was “a great crowd honoring a great president of the United States.”

Neither Grassley nor Reynolds made any reference to Trump’s post-presidency, during which he has continued to lie about the results and urge Republicans to conduct “audits” of the vote counts. Reynolds, also seeking reelection next year, gushed with praise for Trump in her brief remarks.

Trump spent almost 30 minutes of the rally, his first in Iowa since his 2020 campaign, arguing falsely that he had won Arizona, Georgia and Pennsylvania.

Representatives for Grassley and Reynolds did not respond this past week to requests for comment on whether they agreed with Trump’s statement on Wednesday that the “real insurrection” was the election, not the storming of the Capitol by Trump supporters determined to stop the certification of Joe Biden’s election.

Grassley, who voted to certify the vote, has been quiet about Trump’s continuing claims of a stolen election. Asked in July, he said. “On Dec. 12, after the electoral votes were cast, Biden is the president of the United States.”

On Saturday night, Trump endorsed Grassley and pledged to endorse Reynolds separately in the months ahead.

In January, when asked if she and other Republican leaders should have more quickly rejected false claims of election fraud, the governor said people need to stop pointing fingers and move forward.