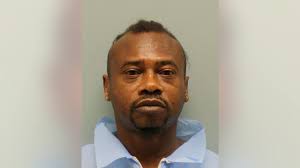 A Texas jury on Thursday convicted a former La Crosse man of capital murder in the 2015 shooting deaths of his ex-girlfriend, her husband and six children, including his own son, at a Houston area home.

David Conley, 54, was sentenced to life in prison without parole. His trial lasted three days.

Prosecutors didn’t pursue the death penalty against Conley, as state and defense experts concluded that he qualified as a person with an intellectual disability.

Conley was convicted in the Aug. 8, 2015 deaths of Valerie Jackson, 40, and her husband, Dwayne Jackson, 50, at the couple’s home in northwestern Harris County. Prosecutors charged him in the deaths of the children — Nathaniel, 13, Dewayne, 10, Honesty, 11, Caleb, 9, Trinity, 7, and Jonah, 6 — but he was not tried for their killings. Conley admitted to killing the whole family in a video recording that was played for jurors of an interview with homicide detectives.

Nathaniel was Conley’s son from his relationship with Valerie Jackson, while the Jacksons were the parents of the other five children, authorities said. All of the victims were shot in the head one at a time after Conley held the family hostage, according to authorities. Conley and Jackson lived in the La Crosse area for a time, several years before the murders.

During the trial, Valerie Jackson’s mother, who lives in La Crescent, Minnesota, told jurors that her daughter had sent her Facebook messages just before the family was killed saying that Conley had a gun. The eight shooting victims were buried at a cemetery outside La Crescent about two weeks after the murders.

After the shooting, family members of the Jacksons criticized authorities for not entering the home sooner and questioned why it took deputies four visits and repeated 911 calls before they went inside.

Investigators said that they didn’t have enough information to go into the home until they saw the body of one of the children through a window.