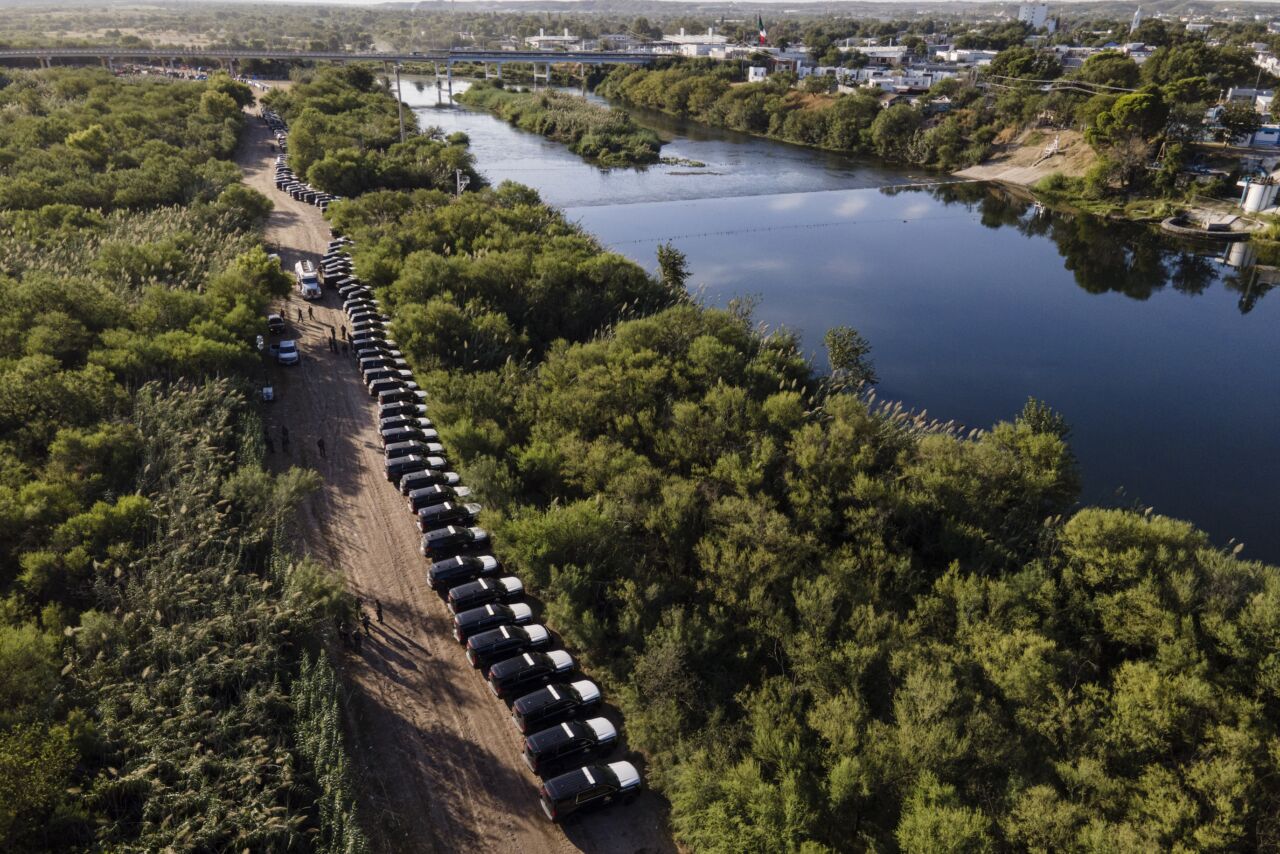 FILE - In this Wednesday, Sept. 22, 2021, file photo, a line of Texas Department of Safety vehicles line up on the Texas side of the Rio Grande with Mexico visible, right, near an encampment of migrants, many from Haiti, in Del Rio, Texas. The U.S. is flying Haitians camped in a Texas border town back to their homeland and blocking others from crossing the border from Mexico. On Friday, the camp on the U.S. side that once held as many as 15,000 mostly Haitian refugees was completely cleared. (AP Photo/Julio Cortez, File)

DES MOINES, Iowa (AP) — Iowa Gov. Kim Reynolds will travel to Texas to join nine other Republican governors for a Wednesday tour of the border with Mexico.

The cost of the trip will be shared between Iowa taxpayers and a nonprofit Republican governor’s group.

Reynolds spokesman Alex Murphy said the trip is an official visit and taxpayers will pay about $500 in lodging for Reynolds and staff accompanying her.

The Republican Governors Public Policy Committee will fund the transportation to Texas. Murphy didn’t immediately respond to questions about whether Reynolds is flying and, if so, whether she’s taking a private airplane and who owns the aircraft.

Further details of the 2,400-mile round trip were not provided by Reynolds’ office, but a press release from Idaho Gov. Brad Little’s office said it is a visit to the border “to witness firsthand the crisis playing out, reveal their proposed solutions, and once again call on President Joe Biden to act to secure the border immediately.”

Reynolds and other Republican governors from across the country have focused on border issues and criticized Democratic Joe Biden for his immigration policies.

On Wednesday, Reynolds will join with Republican governors from Texas, Arizona, Montana, Wyoming, Georgia, Nebraska, Ohio and Oklahoma for events at the border.