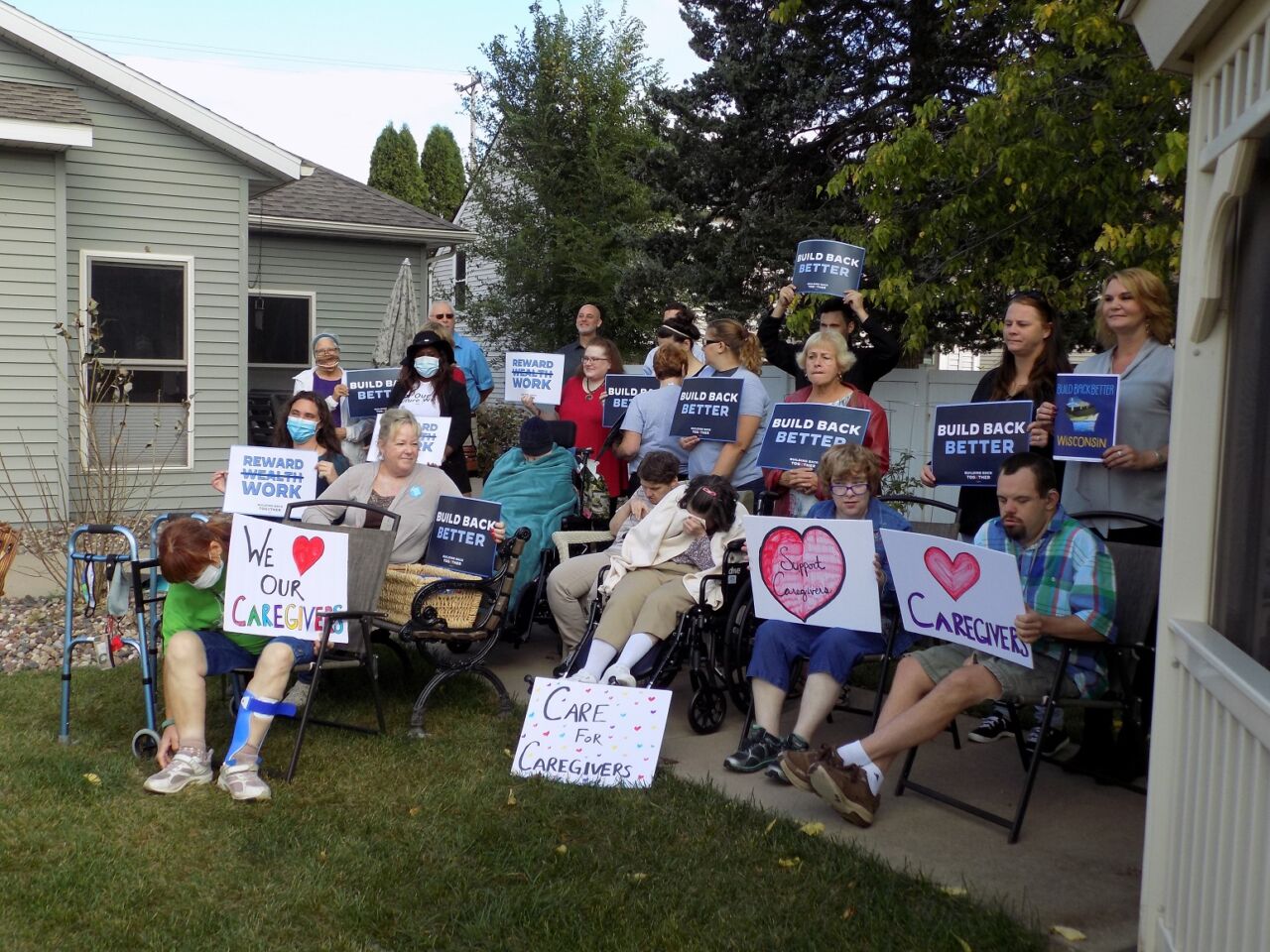 The “Build Back Better” plan picked up some backers in La Crosse.

The Citizen Action Wisconsin group Monday brought together caregivers and people who need specific medical care to call for passage of the Congressional infrastructure bill. They met outside the Dwelling House, a care facility in south La Crosse.

“By raising the wages and the benefits to a living wage and providing that money,” more caregivers could be hired, according to Citizen Action spokesman Robert Kraig. “The Medicaid rates from the states have been too low to do that. It’s not the fault of the providers, it’s the fault of the funding.”

The CEO of Catholic Charities in La Crosse, Steve Burnett, said it’s hard to find people willing to be hired as caregivers.

Tina Pohlman has been a caregiver herself. She has medical needs, which have led her to rely on paid caregivers. She thinks incentives such as mileage payments or free phones could attract workers.

“So why are they getting paid so poorly?” Pohlman asked. “Why do they not have office phones provided? Why are they not getting mileage? Let’s fix this now. It is the right thing to do.”

Pohlman also argued people could earn more cleaning at a hotel than providing assistance to patients.