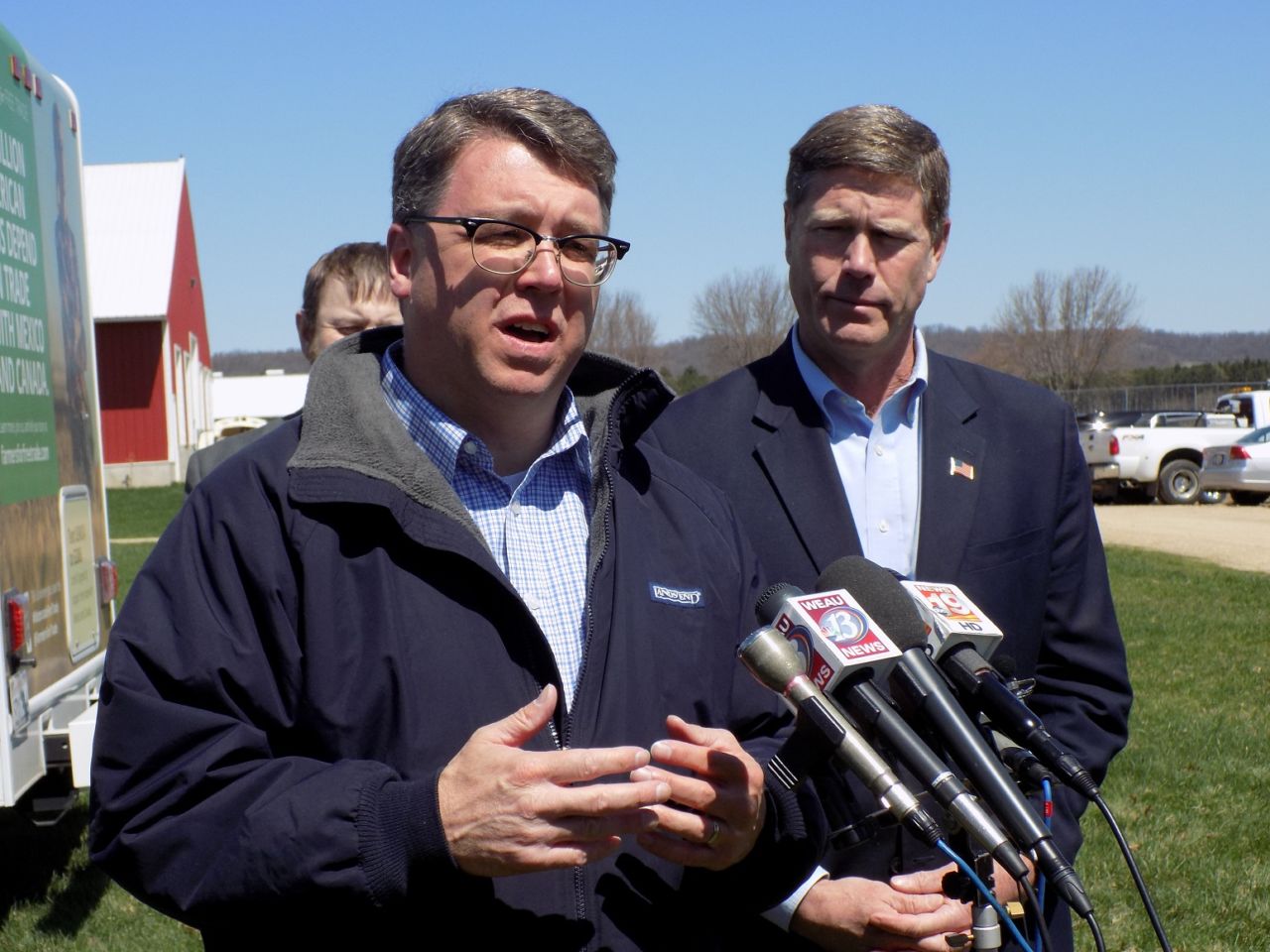 It looks as though Brad Pfaff is running for Congress.

Pfaff is about halfway through his inaugural Wisconsin state Senate term, which is four years.

Now, according to BradPfaff.com, he’s looking to take over Ron Kind’s 3rd Congressional District seat in the U.S. House of Representatives.

“I learned at a young age on the farm that when you face tough challenges, you pull together as neighbors to get the job done,” the Brad Pfaff for Congress site says. “Today, too many people in Washington have forgotten that getting things done for us is their job.”

Kind announced he was not seeking reelection back in early August. He’s serving his 13th term in Congress. Coincidentally, perhaps, Pfaff’s campaign Twitter profile looks to have been created in August.

Pfaff was born in La Crosse County, went to Melrose-Mindoro High School and grew up on a dairy farm.

Before being elected to the Senate, he was the Secretary-designee for the Wisconsin Department of Agriculture, Trade, and Consumer Protection (DATCP).

He was never confirmed, however, serving that position for 11 months, before Republicans that control the Senate dismissed him for speaking out about delays with releasing farmers’ mental health funding.

Pfaff discussed that ordeal last week on La Crosse Talk PM, and the oddity that it took years to confirm his replacement, Randy Romansky, who was Pfaff’s ag. department deputy before he was dismissed.

Currently, two others appear to be running for Kind’s 3rd Congressional District seat — one Republicans and one Democrat.

Brett Knudsen, who was also on La Crosse Talk PM last week, is the other Democrat, while Derrick Van Orden is running as Republicans.

Van Orden lost to Kind by 10,346 votes in the 2020 election — a race where those two candidates spent over $6.4 million combined (70% of that by Kind), according to the website OpenSecrets.org.