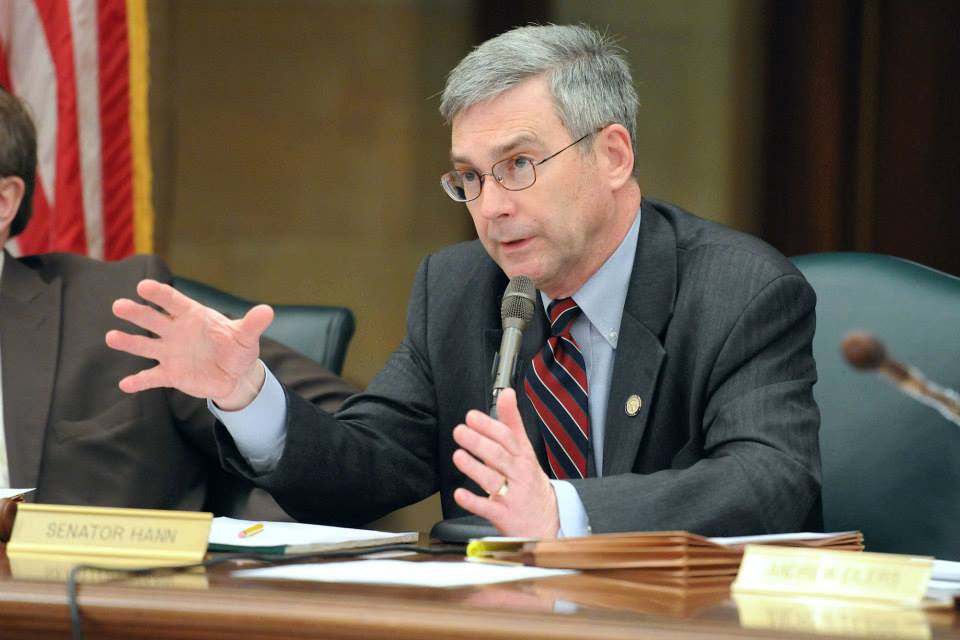 MINNEAPOLIS (AP) — Minnesota Republican activists picked former state Sen. David Hann as the next leader of their party on Saturday.

The move comes following a child-sex-trafficking scandal that brought down former Chair Jennifer Carnahan — wife of US Congressman Jim Hagedorn — and left conservatives reeling ahead of a critical election cycle.

The party continues to deal with the fallout from federal child-sex-trafficking charges in August against prolific GOP donor Anton “Tony” Lazzaro.

That opened the door to a stunning string of allegations of retaliation, harassment and toxicity against Carnahan, who was a close friend of Lazzaro. Hagedorn was one of Lazzaro’s biggest beneficiaries to campaign contributions.

Carnahan denied the allegations but resigned after a weeklong torrent of accusations and pressure for her to step down.

Hann, a former Senate minority leader from Eden Prairie, defeated entrepreneur Jerry Dettinger by an 8% margin, gaining 53% of the more than 330 votes cast at the GOP’s state central committee meeting in Hopkins.