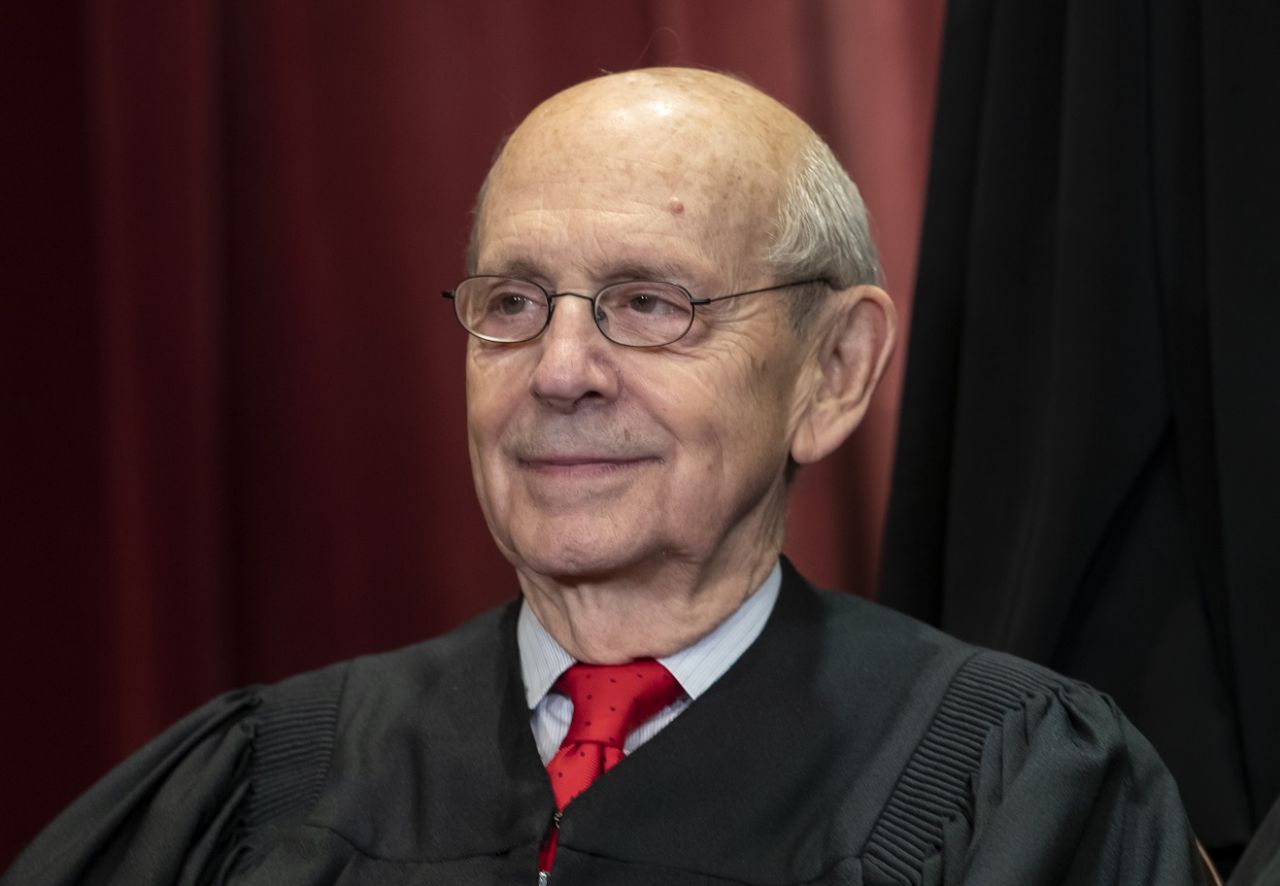 It all came up recently in a conversation on WIZM with UW-La Crosse political science professor, Dr. Anthony Chergosky, after a U.S. Senate candidate in Wisconsin called on Justice Stephen Breyer to retire.

She called on the 83-year-old Breyer to retire in the wake of Senate Minority Leader Mitch McConnell playing off how he would handle a President Joe Biden Supreme Court nomination — when everyone knows exactly how McConnell would handle such a thing.

“With the balance of the Senate hanging on by one seat, Democrats cannot afford to ignore this shot across the bow from the right,” Godlewski said, as the Senate is currently split between parties 50-50.

Just to recap, McConnell, as Senate leader, ignored President Barack Obama’s nominee to the court for nine months, saying voters should decide after the next election.

With no regard to that precedent, he led the Senate in confirming Amy Coney Barrett in 27 days — 35 days before the final day to vote in the 2020 election.

To do that, Republicans did what is often argued about now — they changed the Senate rules for confirming judges to a simple majority vote. Meanwhile, the current Senate continues to fumble with a 60-vote filibuster right now, that basically retains Republicans’ power.

Getting back to Godlewski calling on Breyer to retire, it brings up the question as to whether Supreme Court Justices should be nominated and confirmed the way they are and retain office for as long as they want.

While state’s argue how to draw legislative districts — in Wisconsin, the party in control draws the maps with little to no regard to “the other side” — perhaps the argument for nominating and confirming judges should go a similar route. Just take the politics out of it, since the Supreme Court is supposed to be nonpartisan.

Right now, they are nominated along party lines. They never have to leave their seats. And they’re becoming more and more political with every vacancy filled.

“It’s just nonsense from both of them.”

Republicans, led by McConnell, under then-President Donald Trump changed the game in confirming judges. Trump appointed 54 federal appellate judges in four years — one short of the 55 Obama appointed in twice as much time. He also, of course, seated three Supreme Court Justices — the youngest three currently on the court, all aged between 49-56 years.

“The Republicans (took) enormous advantage of those changes to the Senate rules that made it easier to confirm judges,” Chergosky said. “The Republicans in the Senate went on an absolute tear, in terms of confirming President Trump’s nominees.”

Having one political side decide how to rule on the country’s most powerful court isn’t the best representation of the population. Not to mention, they can rule from the bench until they literally die.

Having a nonpartisan commission, like what’s proposed to end gerrymandering across the country, would help end the polarization of the Supreme Court. Even widening the margin it takes to confirm a Justice — like 75 Senators confirming — would lead to nominees that align more moderately. But, that’s not what’s happening at all.

Expanding the court could, perhaps, balance things out, but that provides no long-term solution. It may get more viewpoints on the bench, as well, which would possibly make decisions better represented. But with no term limits, it’s anybody’s guess as to when the next Justice would retire, die or be coaxed to retire so the party in power could install its next lifetime appointee.

The way it’s going now, does not agree with most of the country.

“So, the public seems to be souring on the Supreme Court. I haven’t found a lot of support in terms of expanding the Supreme Court but term limits — of limiting the amount of years a Supreme Court Justice can be on the court — that has really strong support, instead of the lifetime appointments that they now have.”

And term limits end the pleas from the public, from politicians and from candidates, like Glodewksi had late last week, because nobody is discussing bigger changes.

“We all need to be sounding the alarm on this,” Godlewski said. “Democrats need to do everything we can to win next November but we can’t wait until then. We need to fill this seat now. If we don’t, reproductive rights, voting rights, LGBTQ rights, civil rights, and so much more will be even more at risk.”

Term limits might also solve, to an extent, another potential problem the country has right now, and that’s old politicians. The Senate’s average age, right now, is 64.3 — the oldest in history. Godlewski, for the record, is 39 (sorry Sarah).

“It’s just wild,” Chergosky said. “You’ve got this 83-year-old Supreme Court Justice, who everyone is watching. You’ve got a 78-year-old President, and then, 88-year-old (US Sen.) Chuck Grassley (of Iowa), says he’s running for re-election.”

Term limits, however, don’t quite solve the problem. It just doesn’t prolong it.

Voters did just elect the oldest-ever president. Grassley would be 95 if and when his next term ended — though the record in the Senate is 100. Nancy Pelosi is the oldest House Speaker at 81. Steny Hoyer is the oldest House Majority Leader at 82. And Mitch McConnell is highest-ranking Republican in DC at 79.