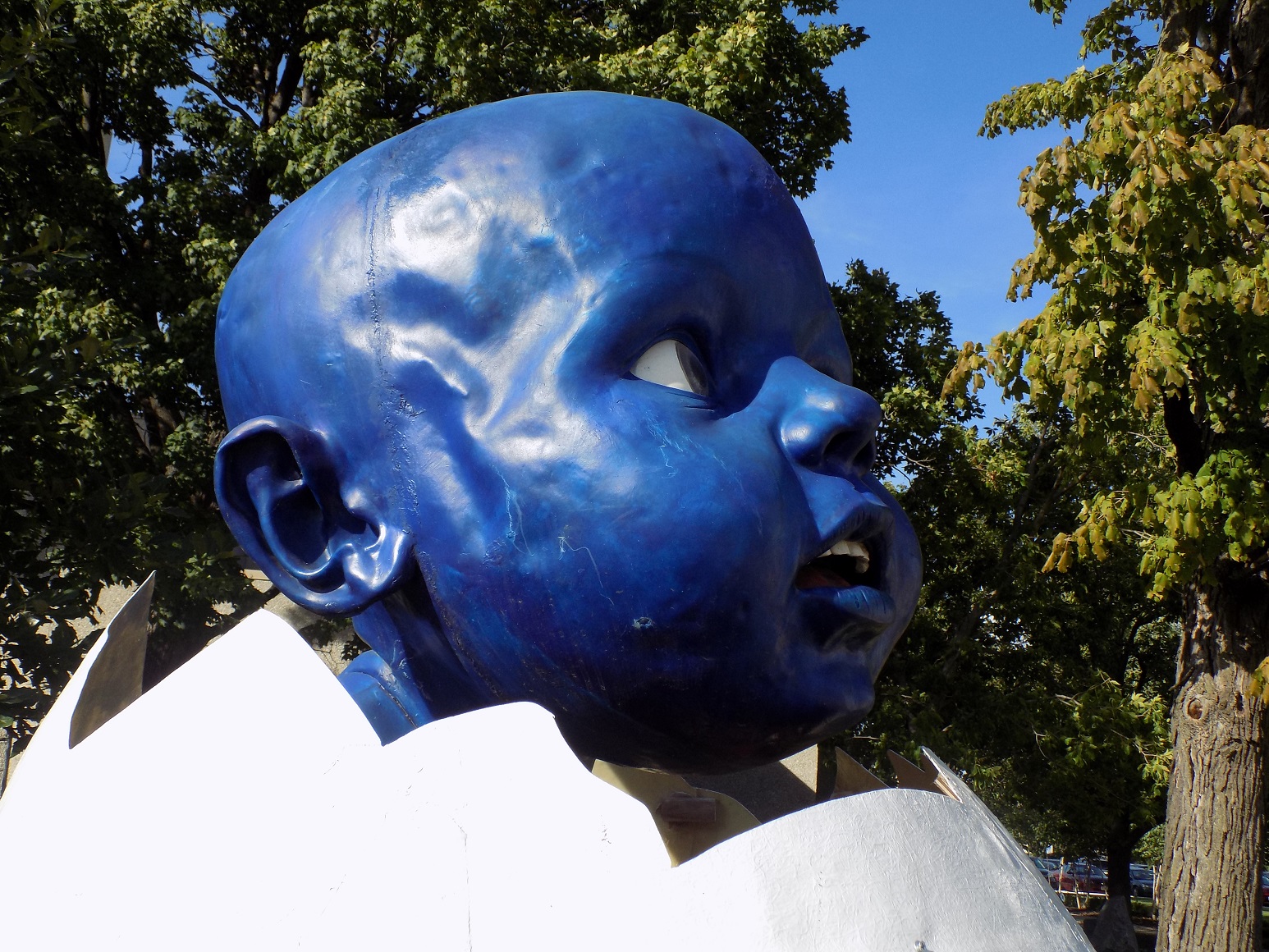 German sculptor Wolfgang Auer told the mayor’s office that damage done to his “Hatched Baby” artwork by an unknown vandal cannot be repaired.

The 9-foot-high sculpture — with an estimated value of $23,000 — of a blue baby head emerging from an eggshell that sits outside the La Crosse Police Department was vandalized on the weekend of Sept. 11-12.

The baby’s face was separated from the rest of the head and taken. The face was found abandoned in someone’s yard on King Street that Monday morning.

Earlier, the face had popped up on a semi-popular social media site known for posting videos and photos from the area that are out of the ordinary. The photos of Hatched Baby’s face were shown leaning against someone’s couch and resting in a laundry room. Those photos have since been removed.

No one has been arrested yet for the vandalism. Police have yet to release footage of the statue being vandalized.

Only one other time has Hatched Baby been vandalized, when someone who was underage and intoxicated punched the statue, denting its temple.

Auer is from La Crosse’s sister city of Friedberg, Germany. He donated the Hatched Baby to the city in 2017.  Auer used his daughter’s birth to create the statue. It was meant to represent some the anxieties that come with parenthood.

It had been displayed outside La Crosse City Hall since April of 2018.

It had previously stood outside a museum near Cincinnati for a year.