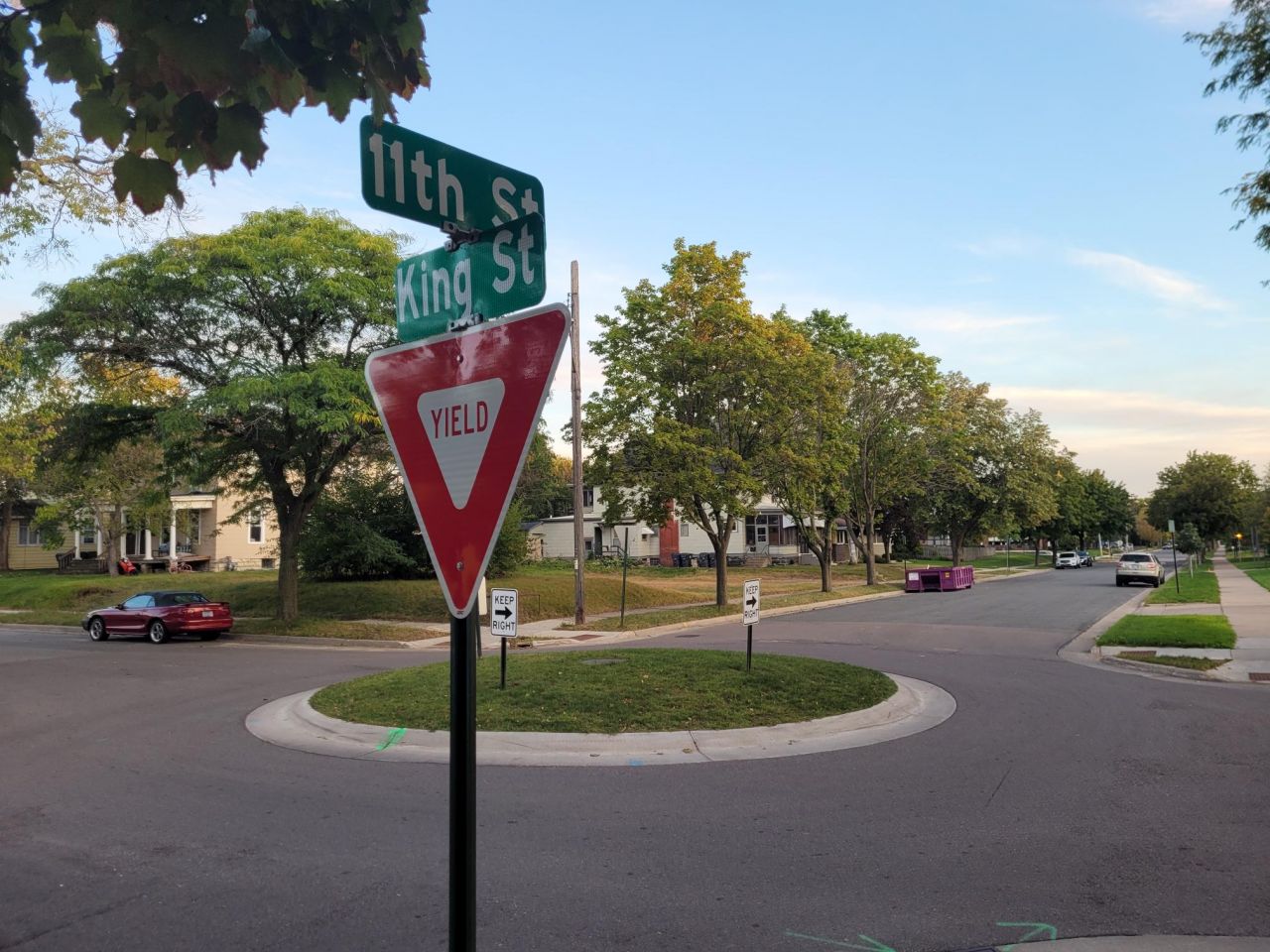 A traffic circle at the 11th-and-King street intersection, near where residents want to add speed bumps, between King and Cass streets. (PHOTO: Rick Solem)

No speed bumps for now on certain streets in La Crosse.

A proposal to put temporary bumps on four residential streets to slow down traffic was changed to just two streets, and was still voted down by the board of public works.

Board member Chris Kahlow says she speaks for people in her district who want drivers to go more slowly.

“I hear and understand concerns for safety from a police and fire perspective, and from the street department,” Kahlow said during Monday morning’s meeting. “We have no one who speaks for the pedestrians, the bicyclists, or the neighborhood, and that is my role.”

The board of public works has voted against putting speed bumps for a short time on 8th and 10th Streets, in the block between Cass and King Streets.

Officials with the fire department have been opposed to the bumps. Assistant fire chief Craig Snyder said during the meeting bump outs on those streets already cause obstacles for emergency vehicles, and “we’re being delayed from the traffic circles, which we’re starting to see pop up throughout the city.

“There’s some of them where we physically cannot even maneuver a fire apparatus around.”

Some board members don’t want to approve speed bumps unless a study is done first on how they would affect safety on streets where they’re installed.