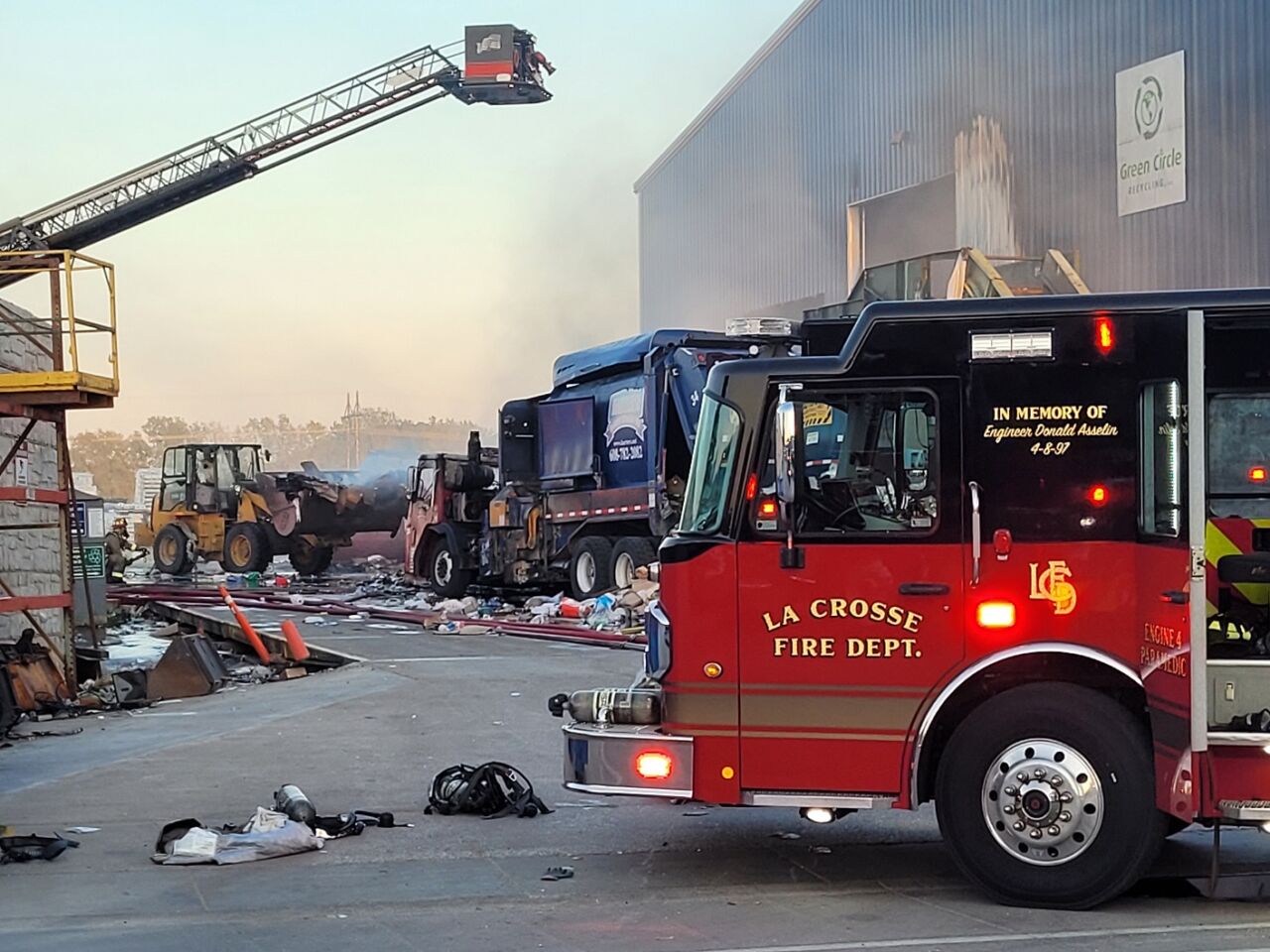 A La Crosse fireman soaks the last of the flames from a fire at Green Circle Recycling on Larson Road in the industrial park on Thursday, Sept. 16, 2021. (PHOTO: Rick Solem)

A garbage truck started on fire Thursday evening that ended up spreading into the Green Circle Recycling building in La Crosse’s industrial park.

The La Crosse Fire Department was there on Larson Road within minutes and kept things from spreading, despite piles of trash everywhere inside and outside of the building.

“There’s a lot of fuel,” La Crosse Fire Captain Greg Temp told WIZM, referring to that trash. “It makes it a little harder to get ahead of things and get the fire under control.”

No official report yet from La Crosse’s fire department as to how the fire started.