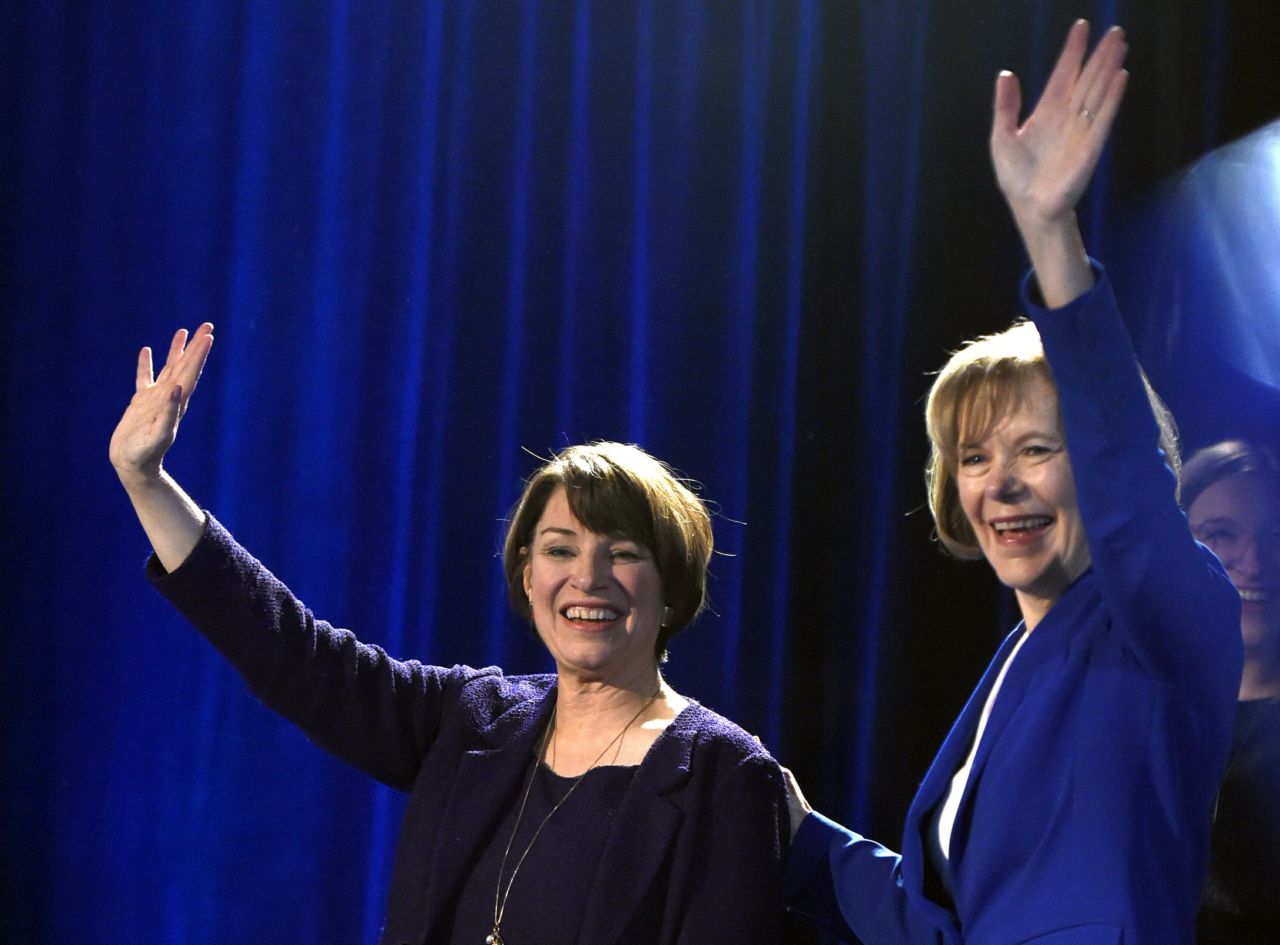 WASHINGTON (AP) — Senate Democrats unveiled a pare- back elections bill Tuesday in hopes of kickstarting their stalled push to counteract new laws in Republican states that could make it more difficult to cast a ballot.

The new compromise legislation, however, is likely doomed to fail in the 50-50 Senate, facing the same lockstep Republican opposition that scuttled their previous attempts to pass an even more sweeping bill.

Republican-controlled legislatures have enacted restrictions over the past year in the name of election security that will make it harder to vote and could make the administration of the elections more subject to partisan interference.

Texas, which already has some of the country’s strictest voting rules, recently adopted a law that will further limit the ability to cast a ballot, empower party poll watchers and create new criminal penalties for those who run afoul of the rules — even if inadvertently.

The spate of new voting laws — many inspired by former President Donald Trump’s false claims of a stolen election — have ratcheted up pressure on Democrats in Congress to pass legislation that could counteract the GOP push. Trump’s claims of election fraud were widely rejected in the courts, by state officials who certified the results and by his own attorney general.

“We have seen unprecedented attacks on our democracy in states across the country. These attacks demand an immediate federal response,” said Sen. Amy Klobuchar, D-Minn., the lead sponsor of the new bill.

The revised legislation was negotiated for weeks by a group of Democratic senators and includes many of the same provisions as the previous bill, known as the For the People Act.

It would establish national rules for running elections, limit partisanship in the drawing of congressional districts and force the disclosure of many anonymous donors who spend big to influence elections, according to a summary obtained by The Associated Press.

But it also includes a number of changes sought by West Virginia Sen. Joe Manchin, the chamber’s most conservative Democrat. That includes provisions that would limit, but not prohibit, state voter ID requirements, as well as the elimination of a proposed overhaul of the Federal Election Commission, which was intended to alleviate partisan gridlock at the election watchdog agency.

White House spokeswoman Karine Jean-Pierre said Tuesday that the administration was “encouraged by the momentum” and said President Joe Biden would “continue to work with Congress” to pass the bill.

Yet despite the changes, Republicans are expected to uniformly oppose the measure, which they say amounts to a federal takeover of elections. That leaves Democrats well short of the 60 votes needed to advance the bill unless they change the Senate’s filibuster rules, which Manchin and other moderates have ruled out.

Manchin has said Congress shouldn’t pass voting legislation unless it is bipartisan. He has shopped the revised bill to some Republican senator in recent weeks, seeking their support. But there are no indications of any signing on.

Manchin told reporters Tuesday that the new bill “makes more sense, it’s more practical, more reasonable,” but said he “didn’t have anything to say” about making changes to the filibuster.

“Now we have to sit down and work with our Republican colleagues,” he said.

“I’m headed to do that right now,” Klobuchar said before walking on to the Senate floor.

But moments later, Senate Minority Leader Mitch McConnell threw cold water on the bill, calling it “a solution in search of a problem” that “we will not be supporting.”

“Let me say for the umpteenth time,” the Kentucky Republican said. “There is no rational basis for the federal government taking over how we conduct elections.”

It all puts Democrats right back where they started. The lack of progress is likely to frustrate party activists, many of whom view voting rights as the Civil Rights issue of the era.

Senate Majority Leader Chuck Schumer, D-N.Y., said the bill could be called for a vote as soon as next week, when it will almost certainly fail.

“Senator Manchin … believes that we should try to make it bipartisan and we are giving him the opportunity to do that,” Schumer said. “If that doesn’t happen we will cross that bridge when we come to it.”

Later Tuesday, Manchin met with McConnell on the subject of voting rights.

“I always think there is a pathway forward,” Manchin said after leaving the meeting. “If you can’t even talk to each other, how are you going to work together?”

Sen. John Thune, the Senate’s No. 2 Republican, said there was no chance McConnell would warm to Democrats’ proposal. “If he made any headway with the leader, that’s news to me,” said Thune, of South Dakota.

Activists and some Democratic senators say scrapping the filibuster is the only path forward.

“The filibuster is the only thing standing in our way. It’s time for our senators to put Americans’ freedom to vote ahead of the Jim Crow filibuster,” said Sean Eldridge, president of the group Stand Up America.