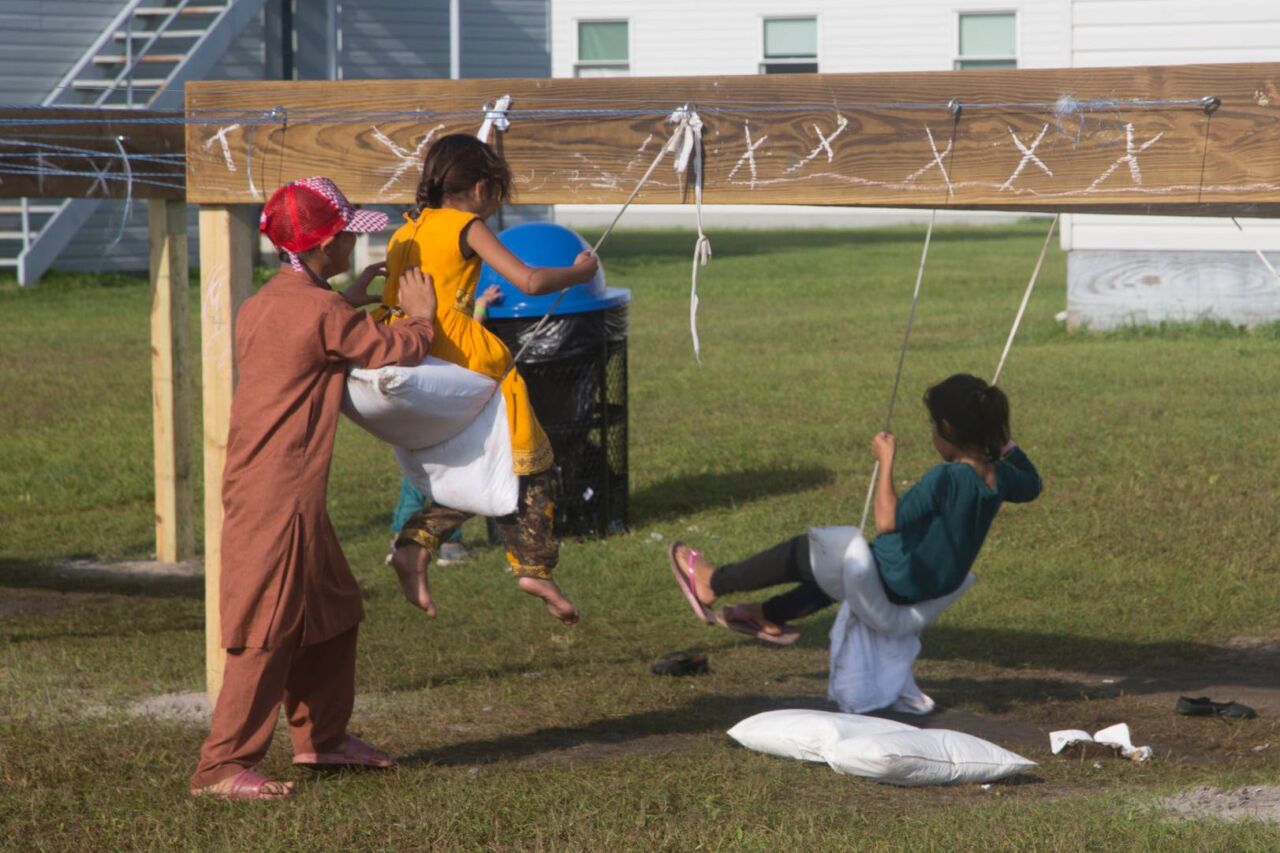 Afghan refugees are seated as they are being processed inside Hangar 5 at Ramstein Air Base in Germany, Wednesday, Sept. 8, 2021. (Olivier Douliery/Pool via AP)

RICHMOND, Va. (AP) — Six people who recently traveled to the United States after fleeing the Taliban in Afghanistan have been diagnosed with measles, officials said Tuesday.

The cases in Virginia and Wisconsin are being reported four days after the U.S. halted in-bound flights of Afghan evacuees following the discovery of a few cases of measles among new arrivals.

One case was confirmed Sept. 5 at Fort McCoy, an army base in western Wisconsin that is temporarily housing 8,000 people as they prepare to settle throughout the country.

Cheryl Phillips, a spokeswoman for a task force overseeing the refugees at Fort McCoy, said one person showed symptoms Sept. 4 after arriving at the base earlier that day.

The person was placed in isolation and others who were potentially exposed were quarantined and given measles vaccinations, Phillips said.

The Virginia Department of Health initially said Friday that three people who arrived from Afghanistan had been diagnosed with the measles in northern Virginia. The agency said it was informing people who risked possible exposure at places that included Dulles International Airport and two local hospitals.

The agency updated its count of measles cases to five in a news release Tuesday. Health officials said they were working to notify people potentially exposed at an unidentified Richmond hospital as well as Fort Pickett, an Army National Guard base southwest of Richmond that is providing temporary housing to recently arrived evacuees.

Measles is a highly contagious disease that can be spread through coughing, sneezing and contact with droplets from the nose, mouth or throat. Most Americans are vaccinated against it as children.

Virginia is reporting its measles cases in the wake of the U.S. government halting U.S.-bound flights of Afghan evacuees Friday. The decision was made by U.S. Customs and Border Protection on the recommendation of the Centers for Disease Control and Prevention.

White House press secretary Jen Psaki said the halt stemmed from the discovery of measles among four Afghans who had arrived in the United States.

The development had American officials overseas Friday removing from planes Afghan families who already had struggled through a grueling, dangerous escape to safety after Kabul fell to the Taliban on Aug. 15. Afghans faced Taliban checkpoints and crushing crowds to enter the Kabul airport. A suicide attack at an airport gate killed 169 Afghans and 13 U.S. military members.

A government document viewed by The Associated Press said the halt would “severely impact” operations at Ramstein Air Base in Germany, one of the biggest transit sites. It also said U.S.-bound flights would stop from the U.S. al-Udeid base in Qatar.

Many thousands of Afghan evacuees airlifted out of Kabul are still en route to new homes in the United States. Some face relocation for further screening in Kosovo.