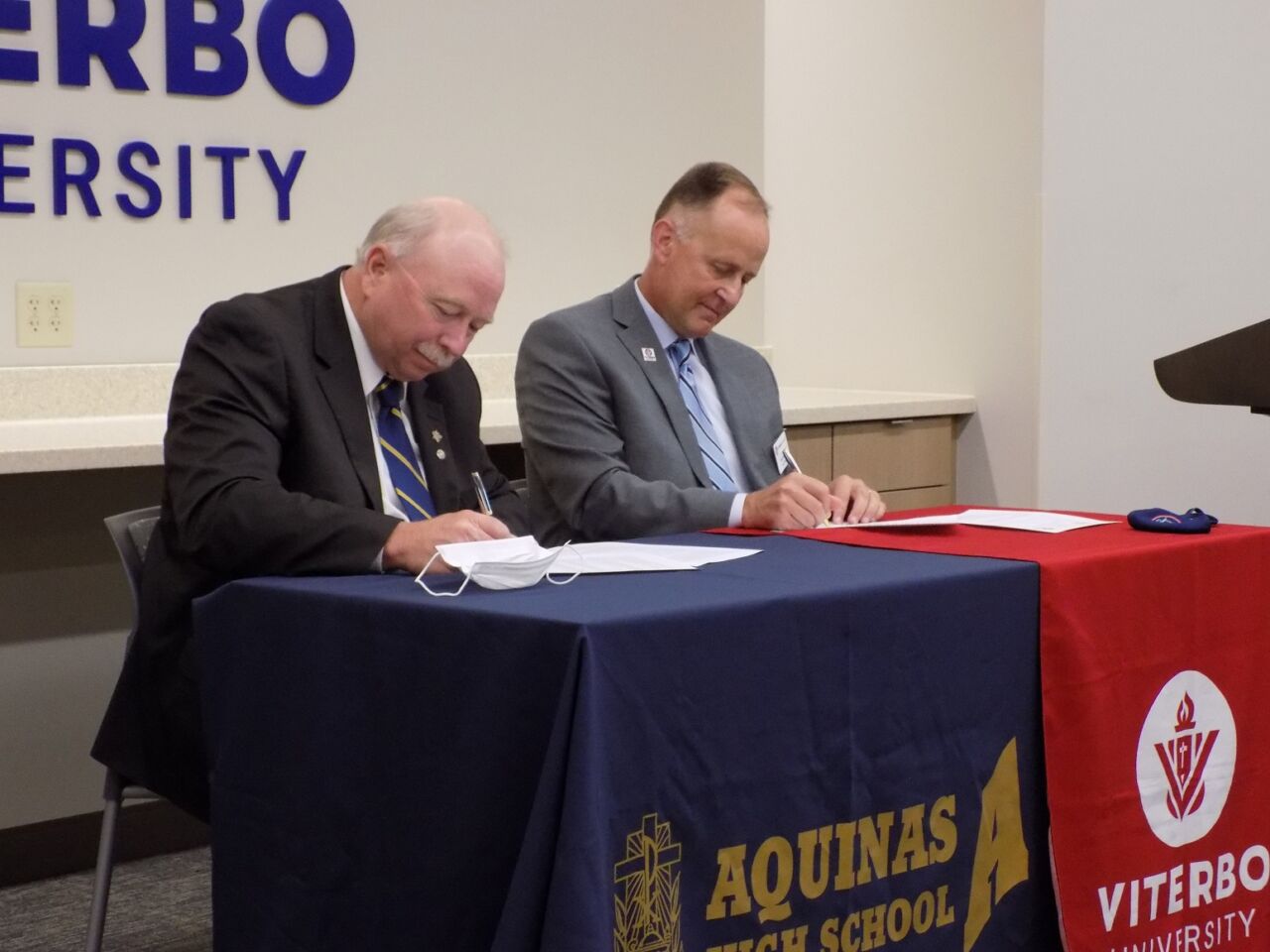 The presidents of Aquinas High School and Viterbo University sat down together Tuesday and signed an agreement for a new educational partnership.

The plan will allow students from Aquinas to earn tuition-free college credits while still in high school, which could lead to a three-year degree at Viterbo.

“We’ve been seeing a more increased request from our families of college credit, not just in this institution, but in many other institutions,” Knutson said,

“We had a vision,” Trietley said. “A vision that two Catholic organizations could come together to help students develop a clear pathway from high school to college, one that was affordable, and that we’re gonna be offering the Aquinas students the opportunity to take courses while they’re in high school, free of charge.”

Some of the college courses Aquinas students could take are in business management, engineering, education, and nursing.

Trietley says there are plans to expand the early credit program to other Catholic schools in the La Crosse Diocese.