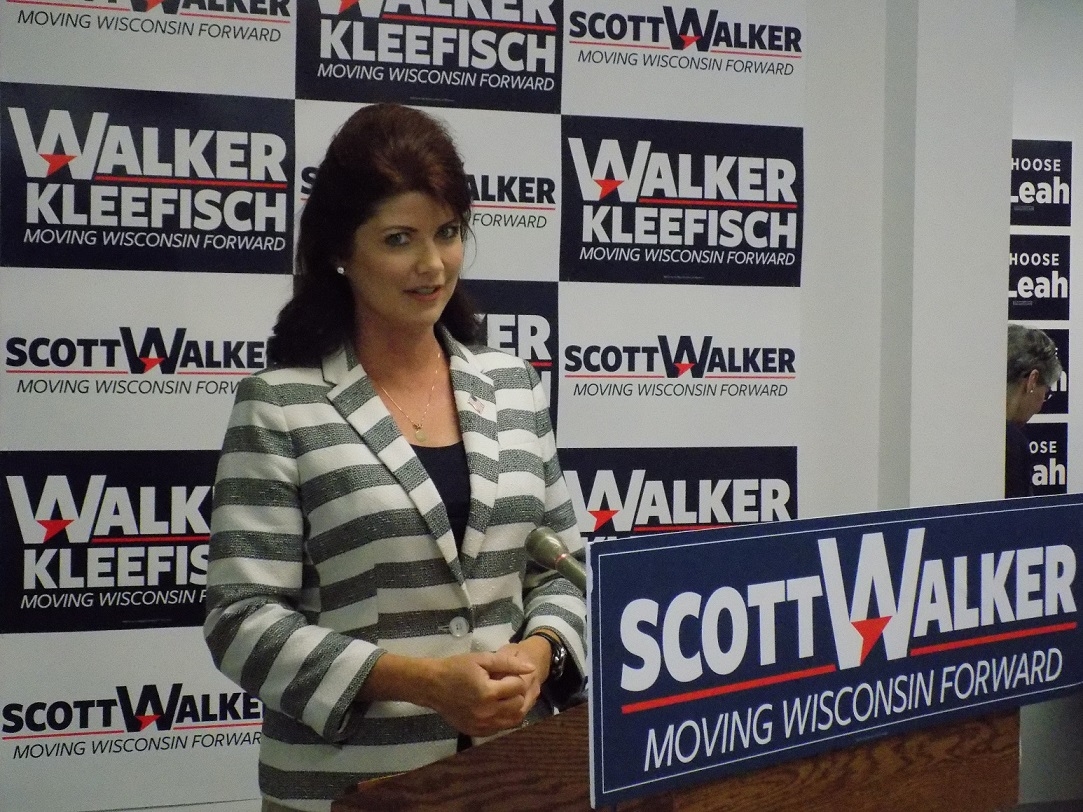 FILE - Rebecca Kleefisch on Wednesday during a campaign stop at the La Crosse GOP office.

MADISON, Wis. (AP) — Former Lt. Gov. Rebecca Kleefisch says she raised $1.2 million from individuals in the days after she launched her campaign for governor on Thursday.

Kleefisch, a Republican, announced the fundraising totals on Monday. That is on top of the $190,000 she had in her campaign account at the end of June.

Several other Republicans are considering getting into the race but have yet to announce. Those include longtime lobbyist Bill McCoshen, state Rep. John Macco and former Marine Kevin Nicholson. Nicholson is also considering a run for U.S. Senate.

Democratic Gov. Tony Evers is running for reelection next year. Evers reported raising $5 million over the first six months of the year and having more than $7 million in the bank.