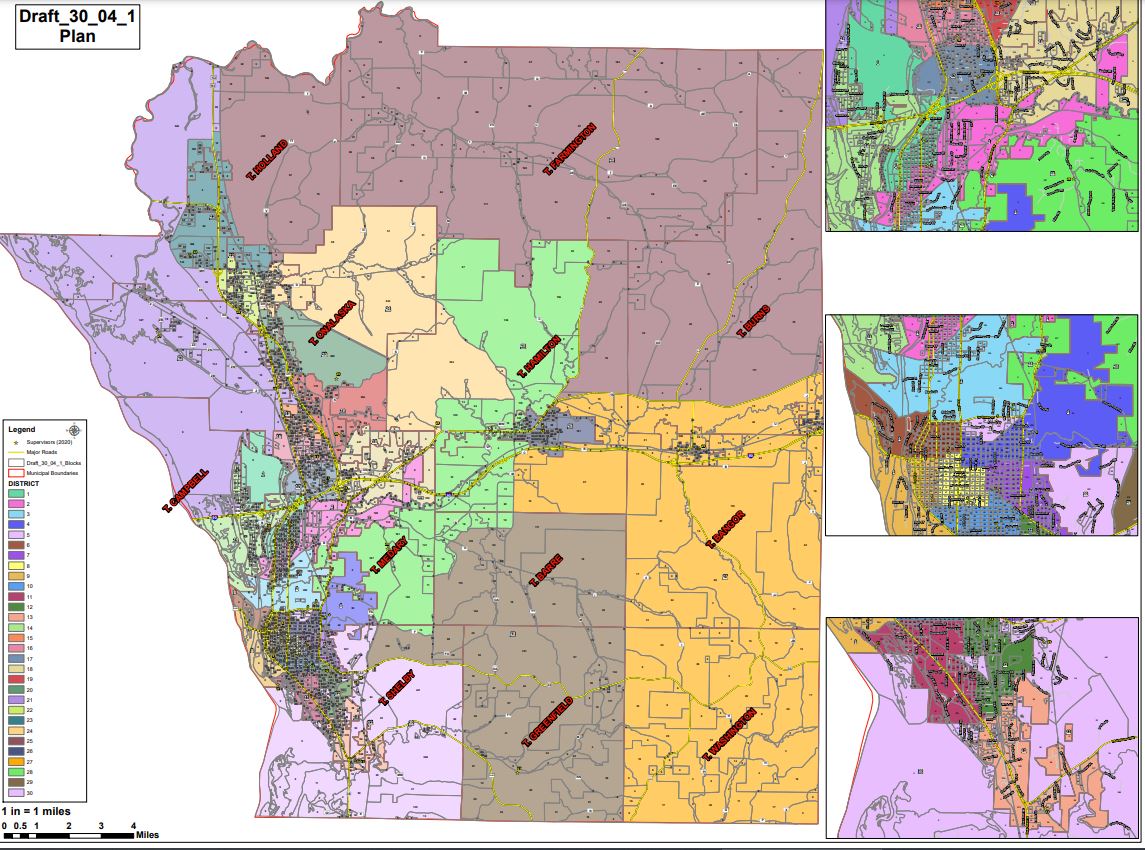 La Crosse County has grown enough in the last decade to add another seat to its county board.

At Monday’s meeting, the board approved a redistricting plan which would divide the population of 120,000 people into 30 districts, instead of the current 29.

The new district would represent the Holmen-Holland area, outside city limits. That district would have no current incumbent under the proposed new map is District 25.

The proposed map can be viewed by clicking here.

Map designers say the populations of the districts in La Crosse and outside the city are more equal if a 30th district is added.

The map would be in place in time for the next county board election, coming up in April.

Four current county board incumbents would be in districts with new numbers under the proposed map, if they choose to run in the 2022 elections.

Guiding principles for the county’s redistricting process have included:

-All districts must be substantially equal in population.
-Districts must generally consist of whole wards or municipalities.
-Territory within each district must be contiguous (except for island territory) and compact.

All the maps were prepared by county GIS staff using population estimates provided by the U.S. Census Bureau, and then presented to the redistricting committee for input.

Send questions or comments about the redistricting process to [email protected].

is going back to virtual meetings, at least for one month.

When the number of COVID cases dropped sharply in the county earlier this year, board members were strongly encouraged to resume in-person meetings. Board chair Monica Kruse says that will continue, at least for this week.

But because the COVID cases locally are at their highest level since last winter, the October board meetings will be conducted on-line. Kruse says the county will watch the numbers month by month, to decide how long to keep holding virtual meetings.

County health director Audra Martine says 61 per cent of La Crosse County residents are now fully vaccinated, compared to 52 per cent around Wisconsin. The county has recorded 15-thousand COVID cases during the pandemic, with 100 deaths.