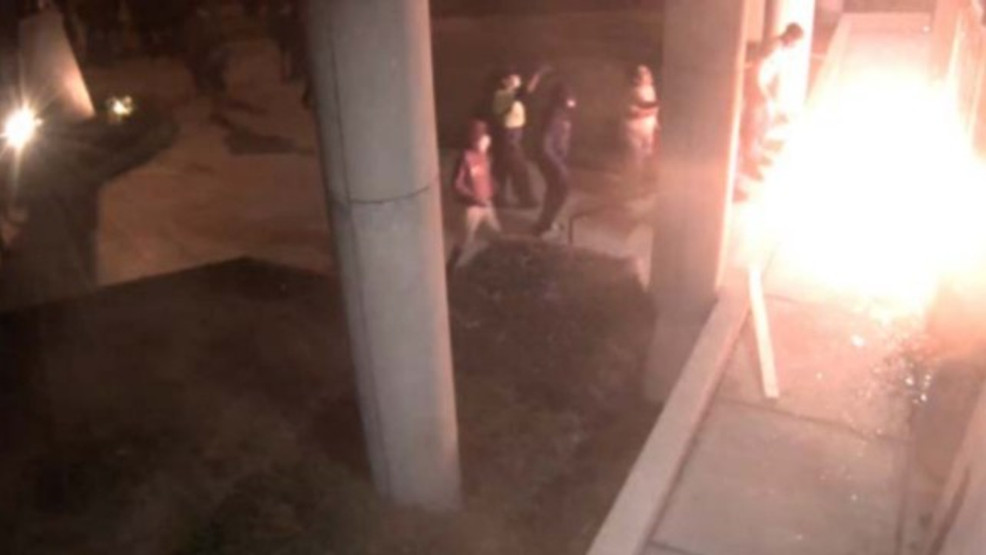 Wide-shot surveillance image of fire started after the vapors on a building's front entryway were ignited. (PHOTO: via criminal complaint)

MADISON, Wis. (AP) — A federal judge sentenced a Madison man Wednesday to five years in prison for trying to burn down a jewelry store during a police brutality protest last year.

Prosecutors accused him of trying to burn down Chalmer’s Jewelers and the Wisconsin Manufacturers and Commerce headquarters on Aug. 25, 2020 during the protest.

The demonstration began after a white police officer shot Jacob Blake, a Black man, in Kenosha.

Johnson’s co-defendant, Anessa Fierro, was indicted on two counts of attempted arson as well in October. She has agreed to plead guilty to the count related to the jewelry store and has a sentencing hearing set for Oct. 19, according to court documents.