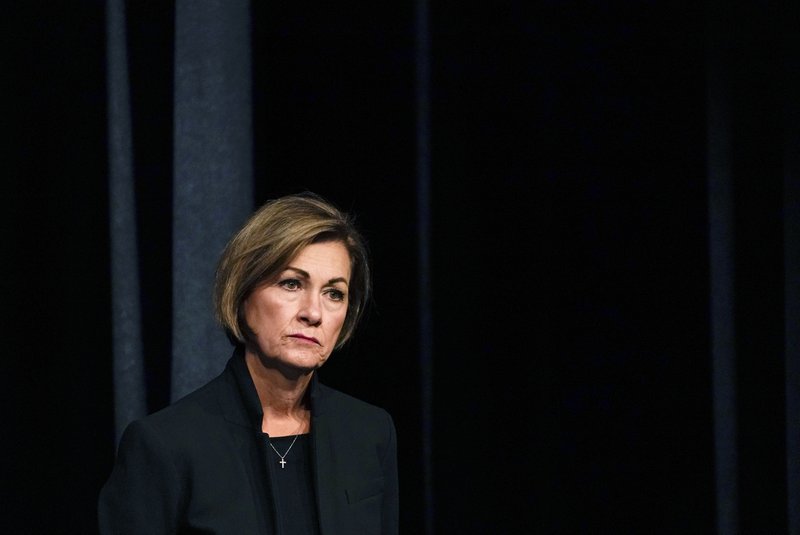 “The popularity of the governor and the legislature is the reason for it,” said Dan McGinn, a Council Bluffs lawyer who is representing Frances Parr.

Parr, the mother of twin boys, sued the state, Gov. Kim Reynolds and several state officials last month in Polk County District Court. She wants a court to order the state to issue a universal mask mandate for all students and school personnel until a voluntary plan can be implemented that separates mask-wearing students and staff from those who refuse.

The hearing focused on whether Judge Celene Gogerty should issue a temporary injunction to prevent the state from enforcing the law while the case proceeds. Gogerty said she would consider arguments and issue a ruling soon.

Assistant Attorney General Sam Langholz argued that lawmakers have many reasons to keep school boards from enacting mask requirements, including concerns about the effects masks have on a child’s communication, development and relationships. He said lawmakers might have wanted to alleviate the burden of school boards handing the politically hot issue of masks.

However, none of those issues came up as lawmakers quickly pushed through the bill on the last evening of the legislative session in May with no committee meetings or opportunity for public input.

McGinn argued there are no medical, educational or scientific justifications for the law.

He said during debate that lawmakers only complained about mask mandates and “they just wanted to get it off the books and forbid communities from having mask mandates to appease people.”

Parr asserts that the law Reynolds signed violates her constitutional rights. She claims education is a fundamental right and therefore courts must find the Legislature had compelling interests in passing the law and narrowly tailoring it to meet those interests.

Langholz said there is no fundamental right to education in Iowa and he asserted it’s unlikely the Iowa Supreme Court would conclude that if asked.

The state has filed a motion to dismiss the case, arguing Parr has no standing to challenge the law. A separate hearing will be set to argue that motion.

Parr’s sons were set to start first grade in the Council Bluffs Community School District this fall, but she is teaching them at home over fears for their safety.

Iowa is among nine states that have banned schools from implementing universal mask mandates either by passing a law or by a governor’s executive order.

A group of parents of disabled students filed a separate lawsuit last week seeking to strike down Iowa’s law, arguing it endangers their health and denies equal access to education. The lawsuit is backed by the American Civil Liberties Union and disability rights organizations.

The U.S. Department of Education also has launched investigations into whether the Iowa law and similar measures in four other Republican-led states illegally discriminate against students with disabilities or health conditions.

A Florida judge ruled Wednesday that the state cannot enforce a ban on public schools mandating the use of masks to guard against the coronavirus, while an appeals court sorts out whether the ban is ultimately legal.