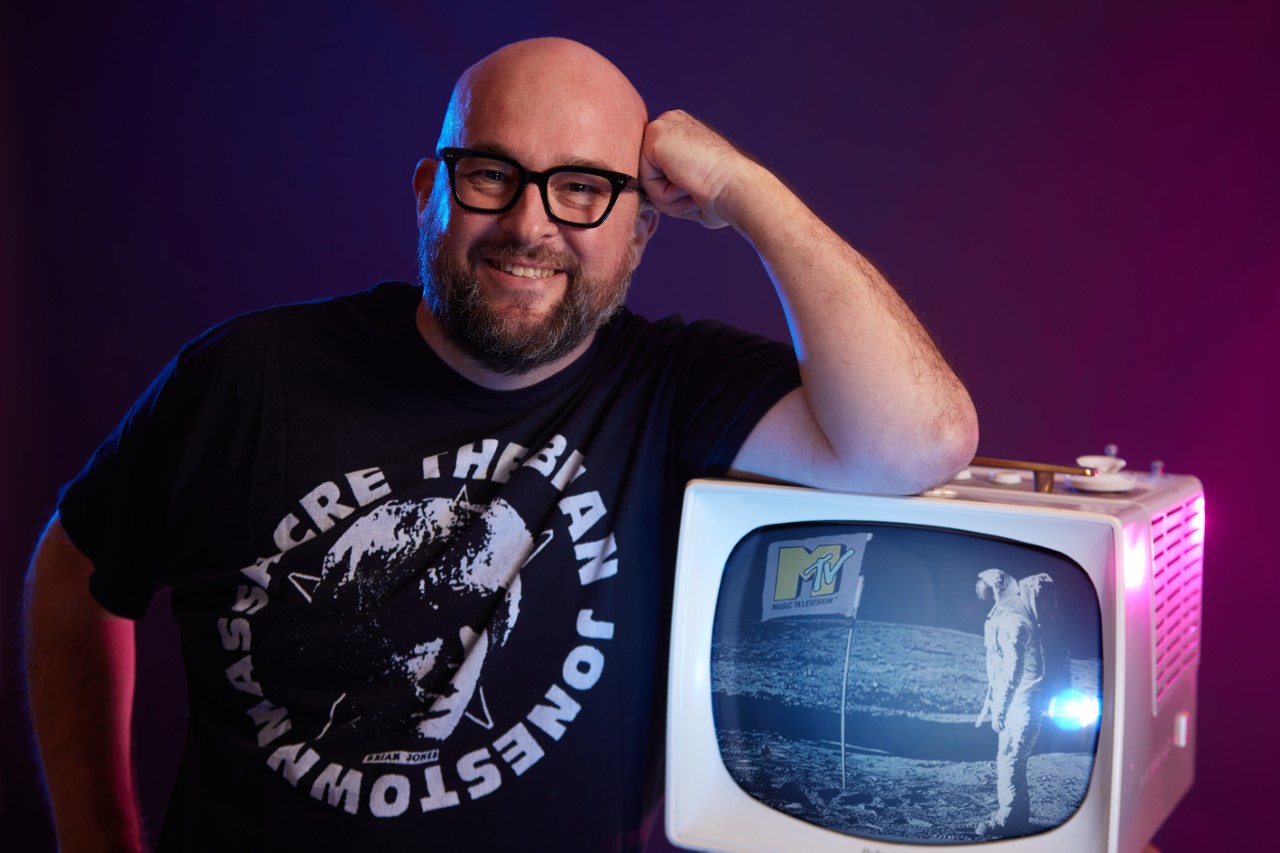 Singing along in the car to our favorite pop song or downloading a new song on iTunes, music fills our lives with entertainment. But what is it teaching us?

UW-L History professor Kenneth Shonk will present “Popular Music and Gender During the MTV Era, 1981-1994,” from 6:30-7:30 p.m. Wednesday, as part of a new History Lecture Series in collaboration with the La Crosse Public Library.

Because the event is virtual only, those interested can register and find additional program information by clicking here. Registration is required to receive Zoom login credentials.

This story was contributed to WIZM from UW-La Crosse

Shonk plans to share some of the alternative education that comes from pop culture music during the virtual public lecture, “Popular Music and Gender During the MTV Era, 1981-1994.”

“One thing social studies teachers will struggle with is how to teach a wide array of students with different linguistic skills and reading abilities,” he says. “I’ll show how we can use non-traditional sources. We can teach complex historical theory with the common language of popular music.”

During the last 15 minutes of the event, teachers will have the opportunity to participate in a workshop on how to incorporate some of the ideas into classroom curriculum, Shonk said.

“Teachers may not choose to show video from MTV in class, but they can translate the same skill set to analyzing a different video or work of art in their classroom.”

What alternative education do we get from MTV?

Growing up in the late 1980s and 90s, Kenneth Shonk listened to hip hop and alternative music. It provided a different way of looking at the world compared to the white, political history he had learned about in school. When he transitioned into a career in higher education, Shonk and Daniel McClure, of Fort Hays State University in Kansas, became curious about the alternative education they both found in music. They saw how it challenged the traditional narrative of history, economics, gender and nationality. Their curiosities led to the book “Historical Theory and Methods Through Popular Music, 1970 to 2000.”

Shonk’s focus in the book is on MTV’s impact on the way we view gender and nationality. Some of the versions of masculinity and femininity on MTV reinforced traditional gender roles, while others broke them. When The Go-Go’s came out with the hit, “Our Lips Are Sealed,” a seemingly simple pop song about boy and girl falling in love, they were actually singing about an affair. The Go-Go’s are seen throughout the video as being free and in charge of their own sexuality instead of subscribing to traditional feminine gender roles that paint women as submissive. They were changing society’s understanding of what it means to be feminine, explains Shonk.

“I hope people walk away with an understanding that there is history in everything,” says Shonk. “I also want to help people to understand their own assumptions of how gender is presented, constructed and challenged, so they can begin to pick these things up all around them in all aspects of popular culture.”