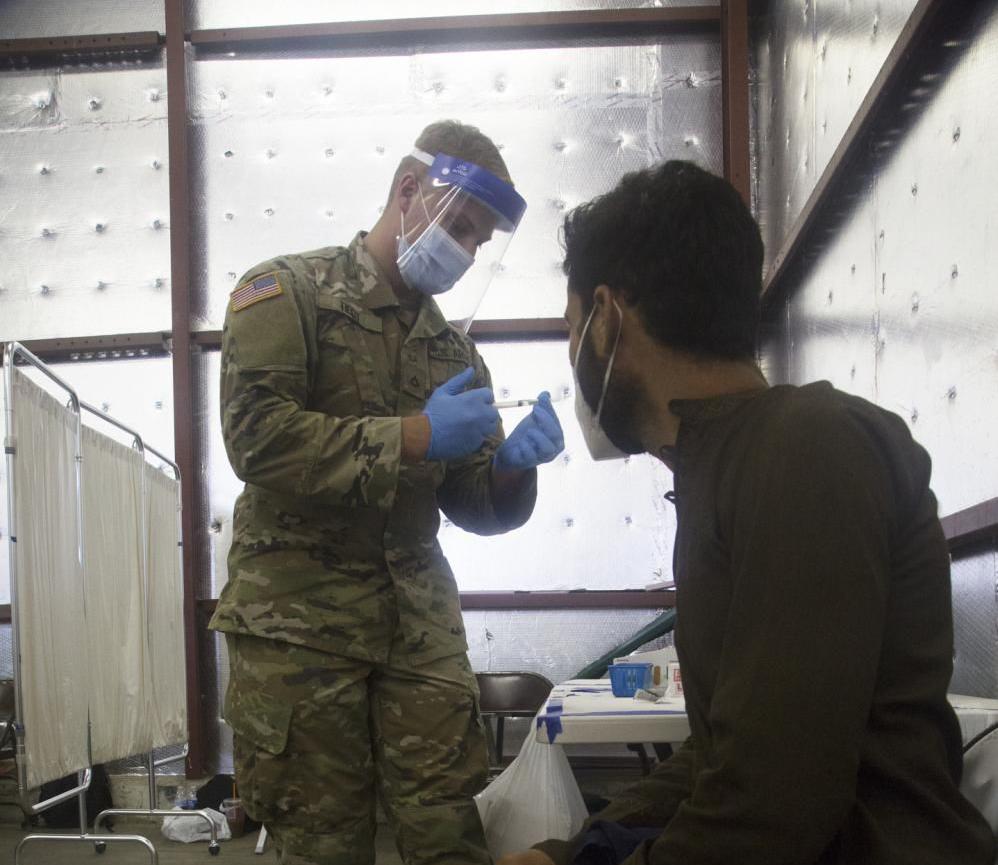 Two weeks ago, a Republican delegation that included some local lawmakers headed to Fort McCoy to assess the situation with Afghanistan refugees.

The trip was led by U.S. Sen. Ron Johnson, who said at the time about 1,000 Afghan refugees were at the camp. No La Crosse area Democrats were invited to that visit, though Gov. Tony Evers did make his own trip on that same day.

With about 8,780 evacuees at Fort McCoy now, it’s apparently the Democrats’ turn to visit.

“The group will tour the facilities and be briefed on Afghan evacuee operations, planning, and medical processing by federal personnel with Operations Allies Welcome,” Baldwin said in a statement.

They will also speak with Afghan evacuees about their experience, before talking to the media between 4-4:10 p.m.

The media have yet to be allowed inside Fort McCoy.

Reports Monday were that refugees were being offered COVID-19 vaccines.

The U.S. Department of Homeland Security said all Afghans and U.S. residents coming from Afghanistan are tested for COVID when they first arrive to the U.S. and have the option to get a COVID-19 vaccine either at the airport or at Department of Defense (DOD) facilities.

Fort McCoy is one of eight U.S. military bases that’s temporarily housing Afghans who have fled their country after the recent collapse of the government to the Taliban. The base can host up to 13,000; as of Friday, 8,780 refugees had arrived.

The DOD shared photos of refugees receiving shots of the vaccine at Fort McCoy, which is 40 miles east of La Crosse.

WIZM has reached out to Johnson, along with Assembly Reps. Loren Oldenburg (R-Viroqua), Nancy Vandermeer (R-Tomah) — who were on the trip to Fort McCoy two weeks ago — along with Reps. Steve Doyle (D-Onalaska) and Jill Billings (D-La Crosse), to see if they would be making Tuesday’s trip.