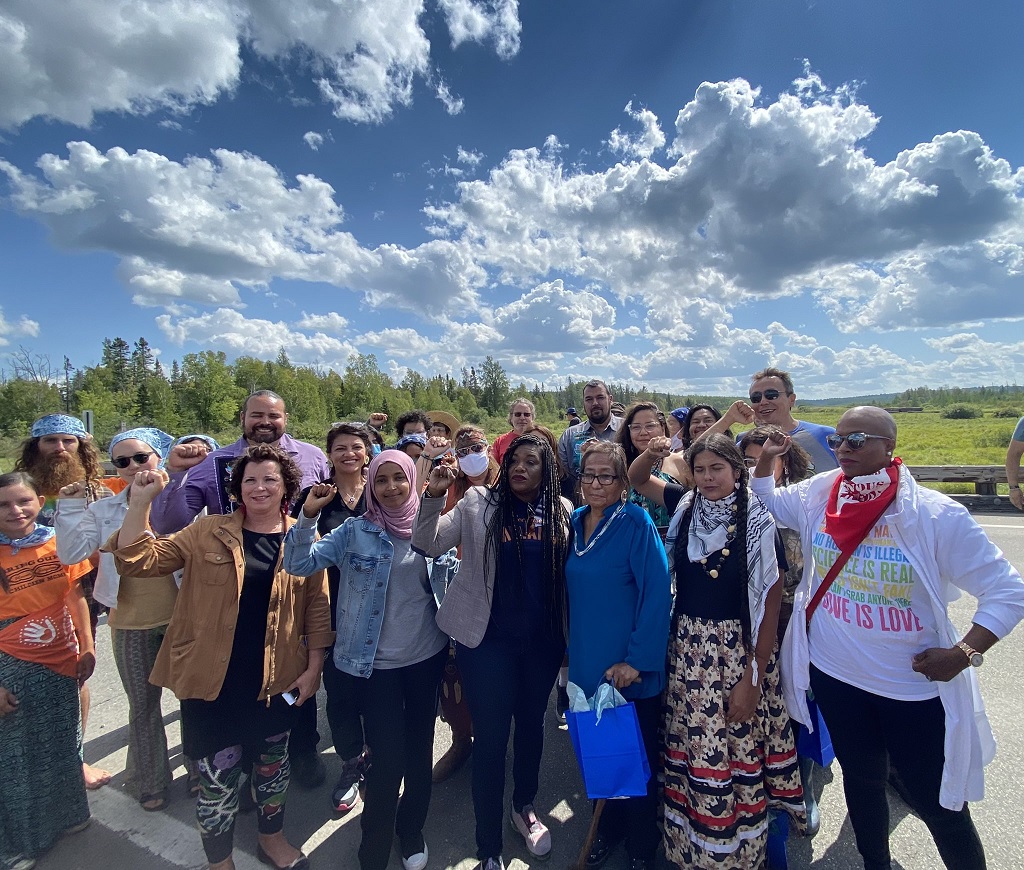 Reps. Ilhan Omar of Minnesota, Cori Bush of Missouri, Ayanna Pressley of Massachusetts and Rashida Tlaib of Michigan stand with those protesting the Enbridge Line 3 construction. (PHOTO: @IlhanMN on Twitter)

BEMIDJI, Minn. (AP) — Four congressional Democrats, who want President Joe Biden to stop construction of the Enbridge Line 3 oil pipeline, traveled to the shores of the Mississippi River to make their plea.

Reps. Ilhan Omar of Minnesota, Cori Bush of Missouri, Ayanna Pressley of Massachusetts and Rashida Tlaib of Michigan were spending the holiday weekend visiting Bemidji and other parts of northern Minnesota to speak with members of Indigenous communities and others who have been protesting the project.

Line 3 starts in Alberta and clips a corner of North Dakota before crossing Minnesota en route to Enbridge’s terminal in Superior, Wisconsin. The 337-mile (542.35-kilometer) line in Minnesota is the last step in replacing the deteriorating pipeline that was built in the 1960s.

“We have been encouraged by Joe Biden’s boldness so far,” Omar said, referencing his January decision to cancel a border-crossing permit for the Keystone XL pipeline that would have carried oil from Canada to Nebraska. “Now we have another chance to reject a moving pipeline. We hope you will act.”

Minnesota Republican legislators condemned the visit they said “will only serve to incite the obstructionists,” the Star Tribune reported.

“The water that flows from this point will carry whatever dirty fossil fuels it picks up right on down to my district,” she said.