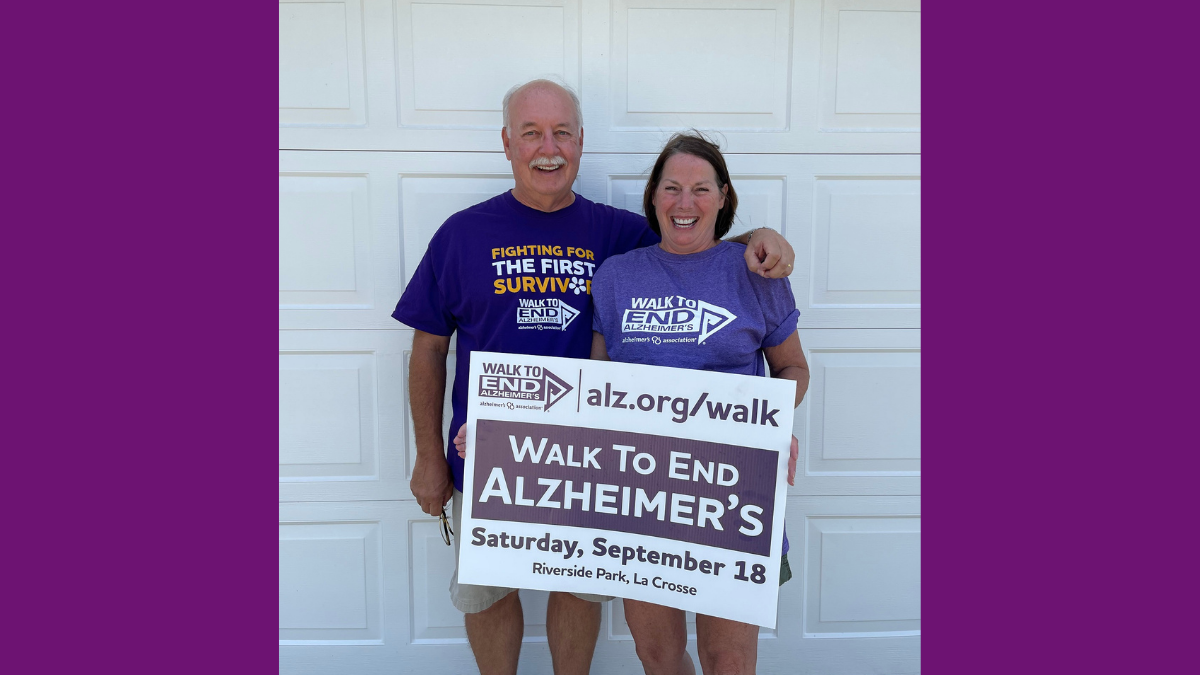 The Walk to End Alzheimer’s is the world’s largest event dedicated to Alzheimer’s care, support and research. It’s coming to La Crosse on Sept. 18.

The event will take place beginning at 9:45 a.m. at Riverside Park — registration at 8:30 a.m. Tony Schultz from KQ98 will be the emcee.

The walk will be full of flowers, each carried by someone committed to ending this disease. Like flowers, participants don’t stop when something’s in their way. They keep raising funds and awareness for a breakthrough in the fight against Alzheimer’s and all other dementia.

Chuck and Sharon Zimmer will be participating in this year’s Promise Garden ceremony. Chuck will be holding a blue flower, signifying he’s living with Alzheimer’s, and Sharon will hold a yellow flower, meaning she is caring for someone with the disease.

Sharon spoke with Sam Strong on Classic Hits 94.7 FM about her experience. Her husband Chuck was diagnosed with PPA (Primary Progressive Aphasia) and Alzheimer’s.

Zimmer said they’re walking this year with the hope of raising awareness about what it’s like to live with the disease at an early onset of age.

Chuck was diagnosed with mixed dementia. He has PPA and early onset Alzheimer’s, diagnosed when he was only 60.

“It’s like they lose a little bit of their dignity and independence every day,” Sharon said. “Everyone says, ‘He looks so good.’

The walk is free, but, of course, donations are encouraged.

Sharon Zimmer said the ADRC puts on education programs for people living with and first diagnosed with Alzheimer’s or any form of dementia. It also puts on programs for caregivers.

“That’s another reason why I do this walk is because if it doesn’t help me, it’ll help somebody in the future,” she said.

La Crosse’s Walk to End Alzheimer’s plans to be in person this year.

If you prefer to Walk From Home, you can still engage in many walk-day experiences through the mobile app.

Pre-register and receive updates on this year’s walk on the website.