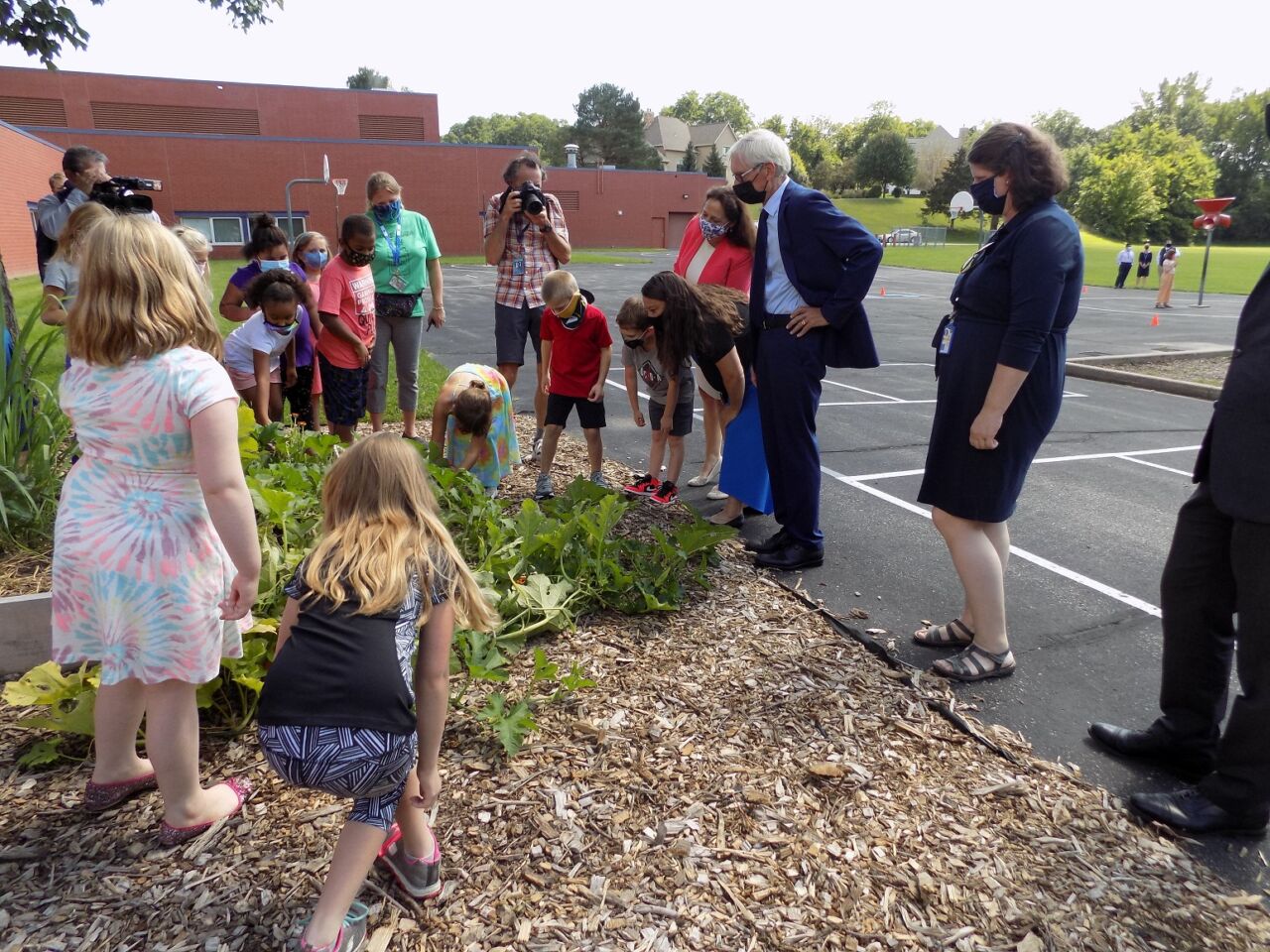 Students were back in classrooms, and on playgrounds, at La Crosse schools Wednesday on the first day of a new class year.

“After (students) got over the initial nervousness, then all they wanted to do was meet” the governor, North Woodsprincipal Keri Holter said. “It’s not every day that you get to shoot hoops with the governor.”

The governor’s group insisted that they wanted to be outside with the kids, to reduce the risk of COVID.