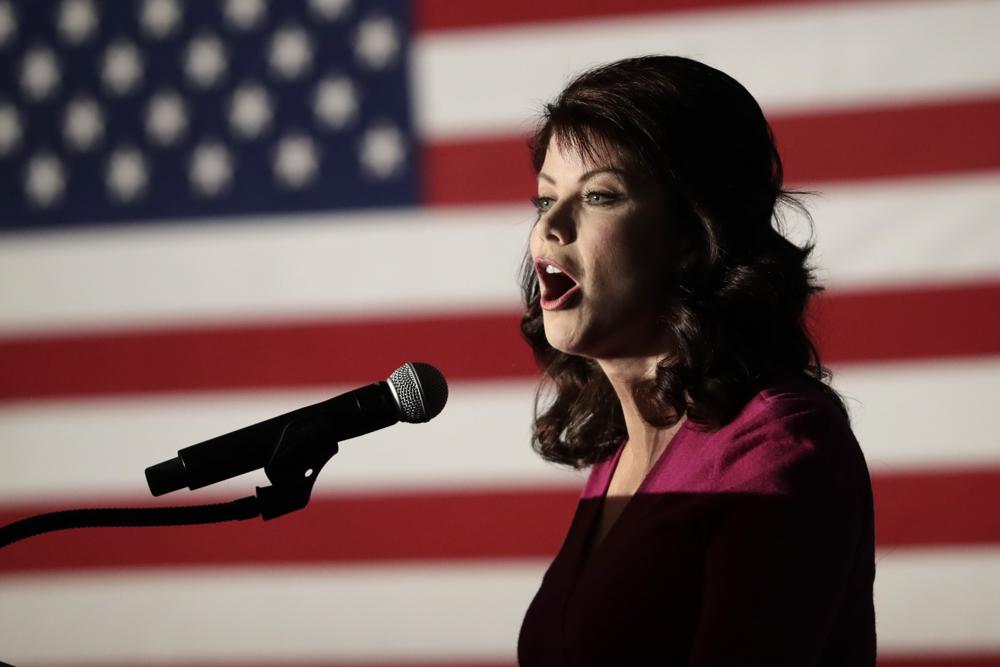 MADISON, Wis. (AP) — Republican Rebecca Kleefisch, who served as lieutenant governor for eight years under former Gov. Scott Walker, took another step toward a run for governor Tuesday, releasing dozens of policy proposals a week after she filed paperwork for a campaign committee.

Kleefisch has not formally announced her plans to run for governor. But the creation of a campaign committee, which she filed with the Wisconsin Ethics Commission on Aug. 24, followed by the release Tuesday of her proto-platform for a run were the clearest signals yet that she was in.

Democratic Gov. Tony Evers is up for reelection next year and has announced plans to seek a second term.

Kleefisch, who was a television news reporter before she entered politics, has been making the rounds ahead of an expected run for governor. A year ago, she formed a conservative policy group called the 1848 Project.

On Monday, she used that group to release a list of 56 policy proposals which included hiring 1,000 more police officers, banning the teaching of critical race theory in public schools and toughening penalties for “mobs and riots.” Other policies include having the Legislature, rather than the Wisconsin Elections Commission, institute guidance for running elections, banning sanctuary cities and not allowing churches to be closed during a pandemic.

The Wisconsin Democratic Party Chairman Ben Wikler decried it as a “manifesto,” saying it “doubles down on the disastrous far-right agenda that deeply hurt Wisconsinites under the Walker-Kleefisch administration.”

Kleefisch spokesman Alec Zimmerman said the filing was just the “next step” in her consideration of a run.

“But it’s clear as she’s traveled around Wisconsin that Tony Evers is failing to provide real leadership,” Zimmerman said.

“Her record isn’t a mystery to anyone and she has only become more radical since leaving office,” Roecker said. “Governor Evers has taken bold action to clean up the mess she left behind and he’ll continue to make sure we move forward and bounce back stronger than ever before.”

Republican state Rep. John Macco, of Green Bay, has also formed a committee to run for governor, filing the paperwork on Aug. 18. Longtime lobbyist Bill McCoshen, who also served as chief of staff to former Gov. Tommy Thompson, is also considering a run. Kevin Nicholson, who ran for U.S. Senate in 2018, has said he will either run for Senate or governor in 2022.

Macco, who was first elected to the Legislature in 2014, said he would make a decision on whether to run within the next month or two. Macco, who started a commercial flooring company and later served as president of a financial advisory firm, said he thinks there would be room for a candidate like him.

“We don’t want to have a Republican version of Tony Evers,” Macco said, touting his background creating jobs and working in the Legislature to advance the Republican agenda. “In the end, it’s going to come down to supporters and dollars.”