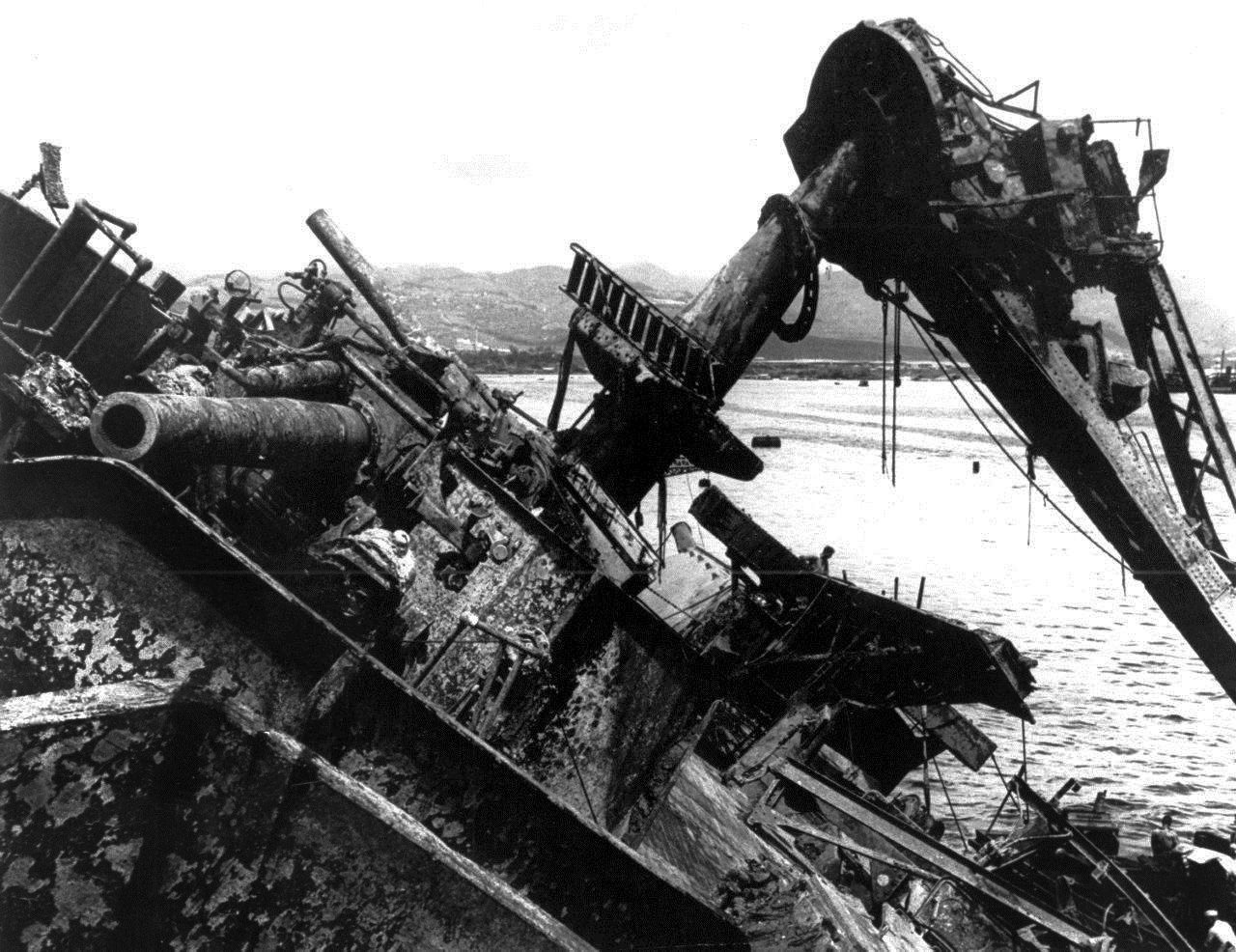 FILE - In this May 24, 1943 file photo, the capsized battleship USS Oklahoma is lifted out of the water at Pearl Harbor in Honolulu, Hawaii. More than 75 years after nearly 2,400 members of the U.S. military were killed in the Japanese attack at Pearl Harbor, some who died on Dec. 7, 1941, are finally being laid to rest in cemeteries across the United States.

SMITHLAND, Iowa (AP) — Nearly 80 years after he was killed in the Japanese attack on Pearl Harbor, Wesley Brown has been laid to rest in Iowa.

Dozens of people who never had the chance to know Brown gathered Saturday to honor him as he was buried in the Little Sioux Township Cemetery in Smithland. His final resting place is a site near the graves of his mother and sister who both died long before his remains could be identified through DNA testing, according to the Sioux City Journal

Brown died at age 25 aboard the USS Oklahoma during the Dec. 7, 1941 Japanese attack on Pearl Harbor. Roy Struble, who is married to Brown’s great niece, said his sister, Ida Bainbridge, rarely spoke of his death.

“Ida was very sorrowful when she heard of his death,” Struble said. “If she would have known this, it would have really been peace of mind for her.”

After his death, Brown was buried in Honolulu with the remains of many of the other 429 crewmen who died that day and couldn’t be identified. He was disinterred in 2015 as part of a project that has identified the remains of more than 300 previously unidentified servicemen.

“He sacrificed his life for our freedom,” Struble said. “We honor him for that today.”

An American Legion honor guard fired 21 shots into the air and a long bugler played Taps at the funeral before the folded flag that had covered Brown’s casket was presented to his niece, Gaylyn Beckner, of Smithland, who sat graveside with numerous relatives.