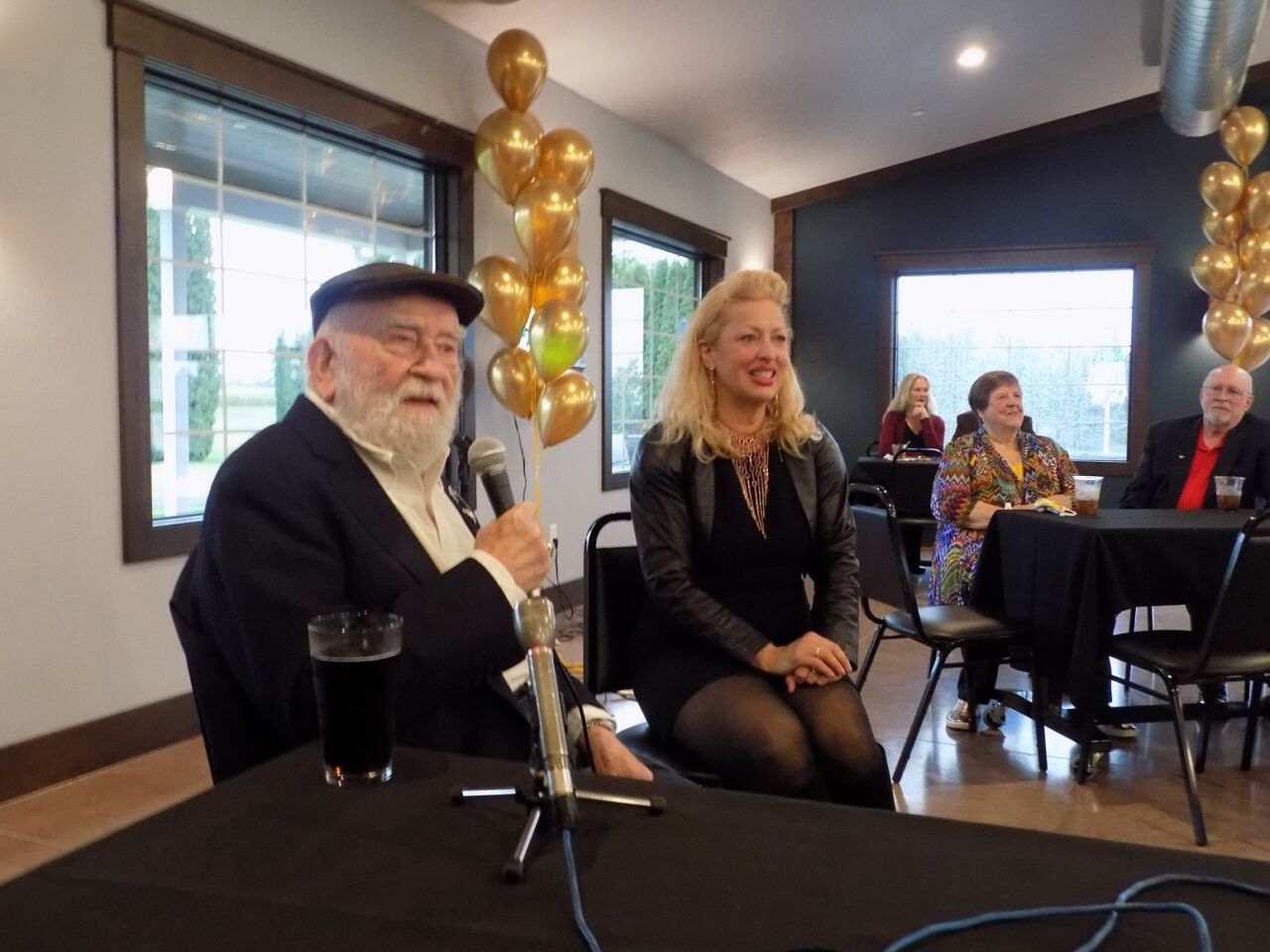 LOS ANGELES (AP) — Ed Asner, the burly and prolific character actor who became a star in middle age as the gruff but lovable newsman Lou Grant, first in the hit comedy “The Mary Tyler Moore Show” and later in the drama “Lou Grant,” died Sunday. He was 91.

Asner’s representative confirmed the actor’s death in an email to The Associated Press. Asner’s official Twitter account included a note from his children: “We are sorry to say that our beloved patriarch passed away this morning peacefully. Words cannot express the sadness we feel. With a kiss on your head- Goodnight dad. We love you.”

Built like the football lineman he once was, the balding Asner was a journeyman actor in films and TV when he was hired in 1970 to play Lou Grant on “The Mary Tyler Moore Show.” For seven seasons he was the rumpled boss to Moore’s ebullient Mary Richards (He called her “Mary,” she called him “Mr. Grant”) at the fictional Minneapolis TV newsroom where both worked. Later, he would play the role for five years on “Lou Grant.”

Asner’s character had caught on from the first episode of “Mary Tyler Moore,” when he told Mary in their initial meeting, “You’ve got spunk. … I hate spunk!” The inspired cast included Ted Knight as Ted Baxter, the dimwitted news anchor; Gavin MacLeod as Murray Slaughter, the sarcastic news writer; and Betty White as the manipulative, sex-obsessed home show hostess Sue Ann Nivens. Valerie Harper and Cloris Leachman, playing Mary’s neighbors, both saw their characters spun off into their own shows.

Asner is the third “Mary Tyler Moore” alum to die in 2021. Leachman died in January and MacLeod died in May.

“Mary Tyler Moore” was still a hit when the star decided to pursue other interests, and so it was brought to an end in the seventh season with a hilarious finale in which all of the principals were fired except for the bumbling Baxter.

Asner went immediately into “Lou Grant,” his character moving from Minneapolis to Los Angeles to become city editor of the Tribune, a crusading newspaper under the firm hand of Publisher Margaret Pynchon, memorably played by Nancy Marchand.

He had more than 300 acting credits and remained active throughout his 70s and 80s in a variety of film and TV roles. In 2003, he played Santa Claus in Will Ferrell’s hit film “Elf.” He was John Goodman’s father in the short-lived 2004 CBS comedy “Center of the Universe” and the voice of the elderly hero in the hit 2009 Pixar release, “Up.” More recently, he was in such TV series as “Forgive Me” and “Dead to Me.”

Asner came to La Crosse in 2010 to perform a one-man show about Franklin D. Roosevelt at Viterbo University. And he returned to the area twice in the last 12 months, both times as a featured guest at the Spring Grove-Caledonia Film Festival. During the most recent festival in July, Asner portrayed a major role in a live reading of a play at the Caledonia Community Center.