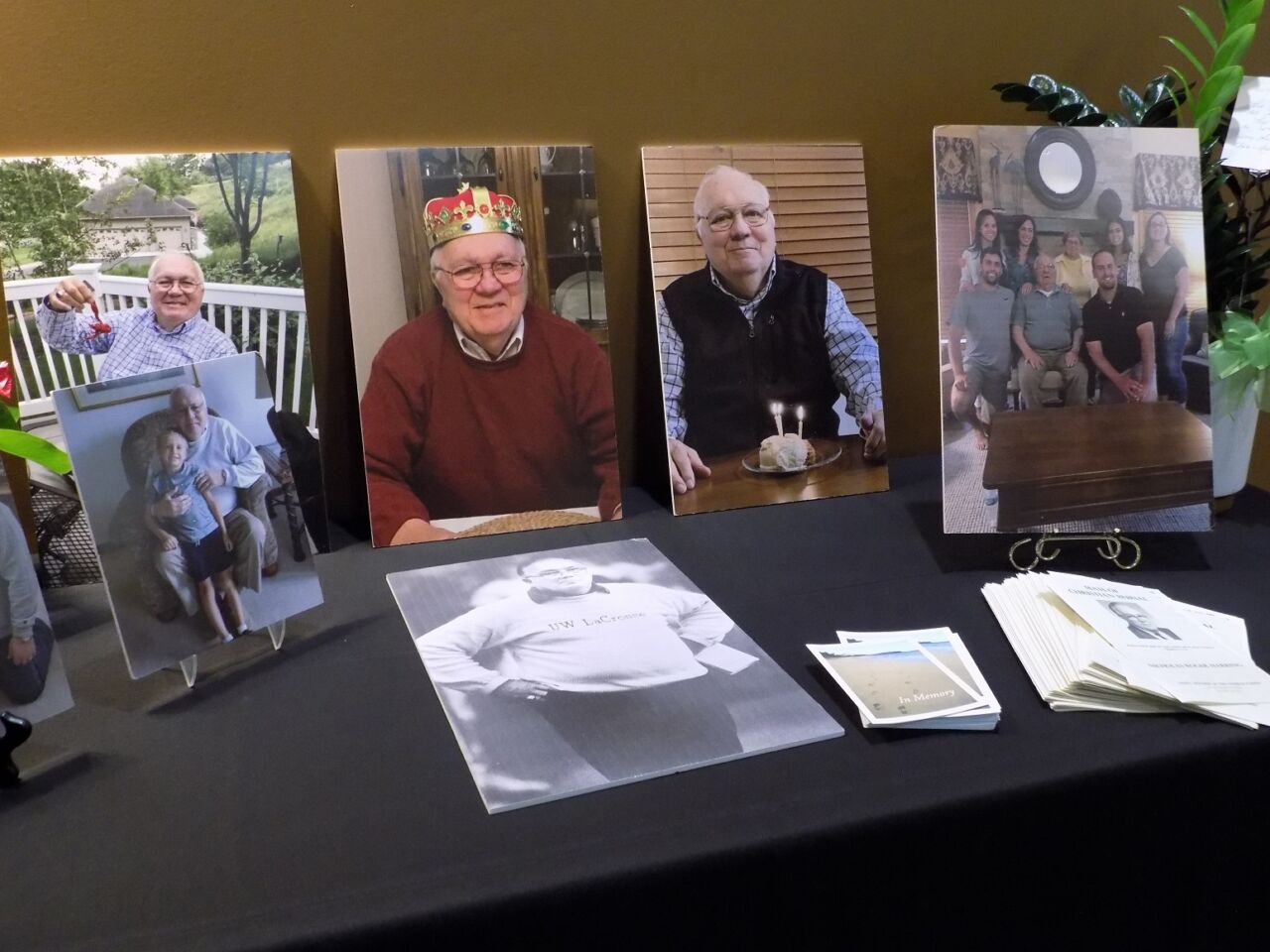 Family, friends, and many football alumni from UW-La Crosse gathered this weekend to remember the Hall of Fame coach whose name is on the university stadium.

Funeral services for retired coach Roger Harring were held in La Crosse on Saturday morning, followed by a celebration of life at the UWL student union in the afternoon.

About 200 people attended the campus event, including several players and members of the coaching staff who were led by Harring during his 31 years as head coach of the Indians and then the Eagles.

Harring “IS UWL football,” according to Fritz Leinfelder, who played on Harring teams in the late 80’s and early 90’s, and has been with the La Crosse County sheriff’s department for nearly 30 years. Leinfelder says the coach “never made himself bigger than the game.”

“Wherever I turn, he’s there, he’s with me,” says Thomas. He told members of the audience that “all of you are people of greatness, because of him. ‘Cause he lives in us, he lives in all of us.”

Leading the program was Bill Collar, who was an assistant coach during Harring’s early years at La Crosse. Collar later became a long-time football coach at Seymour High School.

“Never complain about the quality of your players,” Collar quoted Harring as saying. “Coach them up! Make them better!”

Guests at the UWL celebration were served cookies decorated with the number 261, which is the number of football games Harring’s teams won at the university.