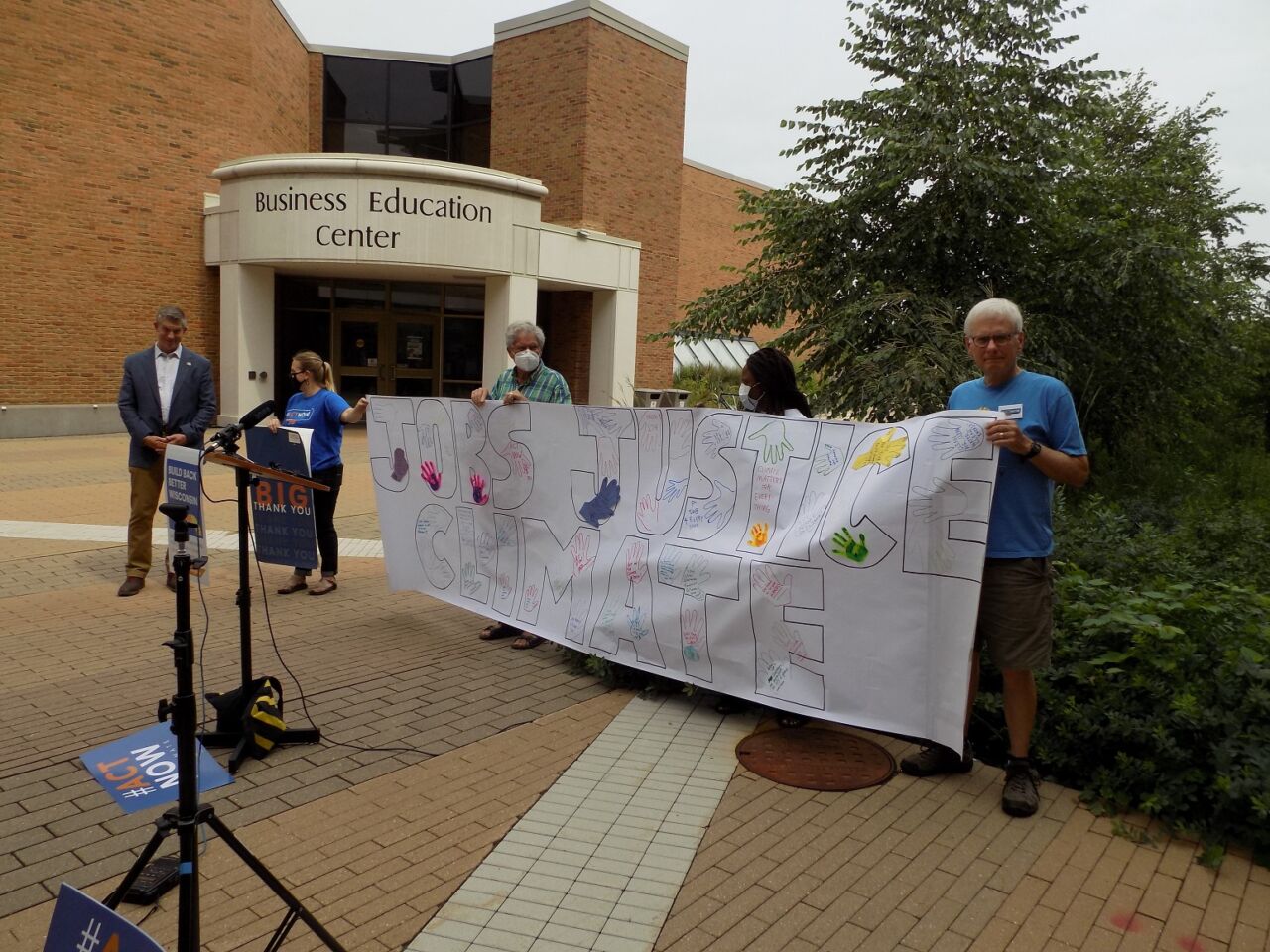 Through speeches and artwork, people in La Crosse got together Thursday to encourage local action to fight climate change.

They met for a midday rally on the Western Technical College campus, shortly before a mid-afternoon rain.

Abby Ross from the Wisconsin Conservation Voters said the state needs to “go big and bold” on efforts to avoid more severe weather. She added that drought and heavy rain are causing trouble for important areas of the economy, leading to bankruptcies for many farmers in the region.

Abby Siakpere, a University of Wisconsin-La Crosse student, said experts are warning that it may be too late to stop some negative effects of climate change.

“Some of the world’s leading climate change scientists have now confirmed that humans are making irreversible changes to our planet, and extreme weather will only become more severe,” Siakpere said. “They have made it clear that the time is now, when we must act urgently to avoid the worst possible consequences.”

La Crosse Mayor Mitch Reynolds also joined the rally, saying government has tough choices to make, to give citizens what they want.

“They’re saying yes to sustainability,” Reynolds said. “But also, you know what? We need operating fire departments. We still need bike infrastructure, but we also have to make sure that we’re funding parks and park shelters.

“We have to make sure that we’re doing that all the time … and frankly, we don’t have enough resources to do that.”

The mayor pointed to La Crosse’s new wastewater treatment plant project, which is designed to be self-sustaining, as a positive step toward sustainability goals.