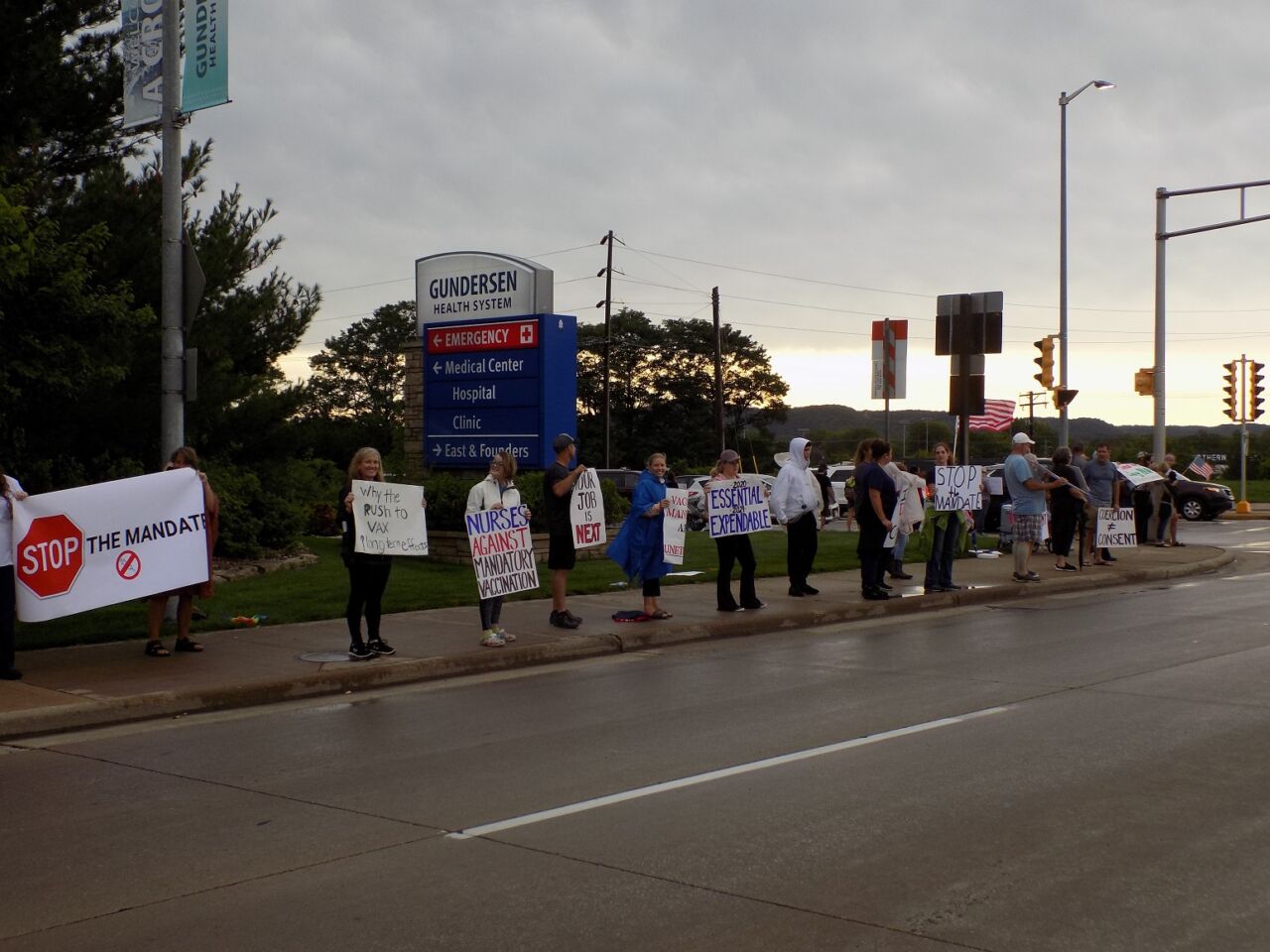 Signs and bullhorns and honking car horns marked a demonstration outside Gundersen in La Crosse on Tuesday, led by hospital workers fighting for their jobs against a mandate.

A few dozen protesters gathered along South Avenue to oppose the hospital’s requirement for employees to get the COVID-19 vaccine by November 1st, or be fired.

David Anderson is a Gundersen nurse, who says the government and the vaccine makers don’t impose similar mandates.

“They’re not coercing their employees to be vaccinated if they decline it,” he said. “We’re facing being fired for not getting it, while the companies that are making the vaccines and the federal institutions promoting them aren’t holding themselves to the same standard.”

“But we also have widespread support from vaccinated staff who chose to receive the vaccine, but also support our choice to not be vaccinated.”