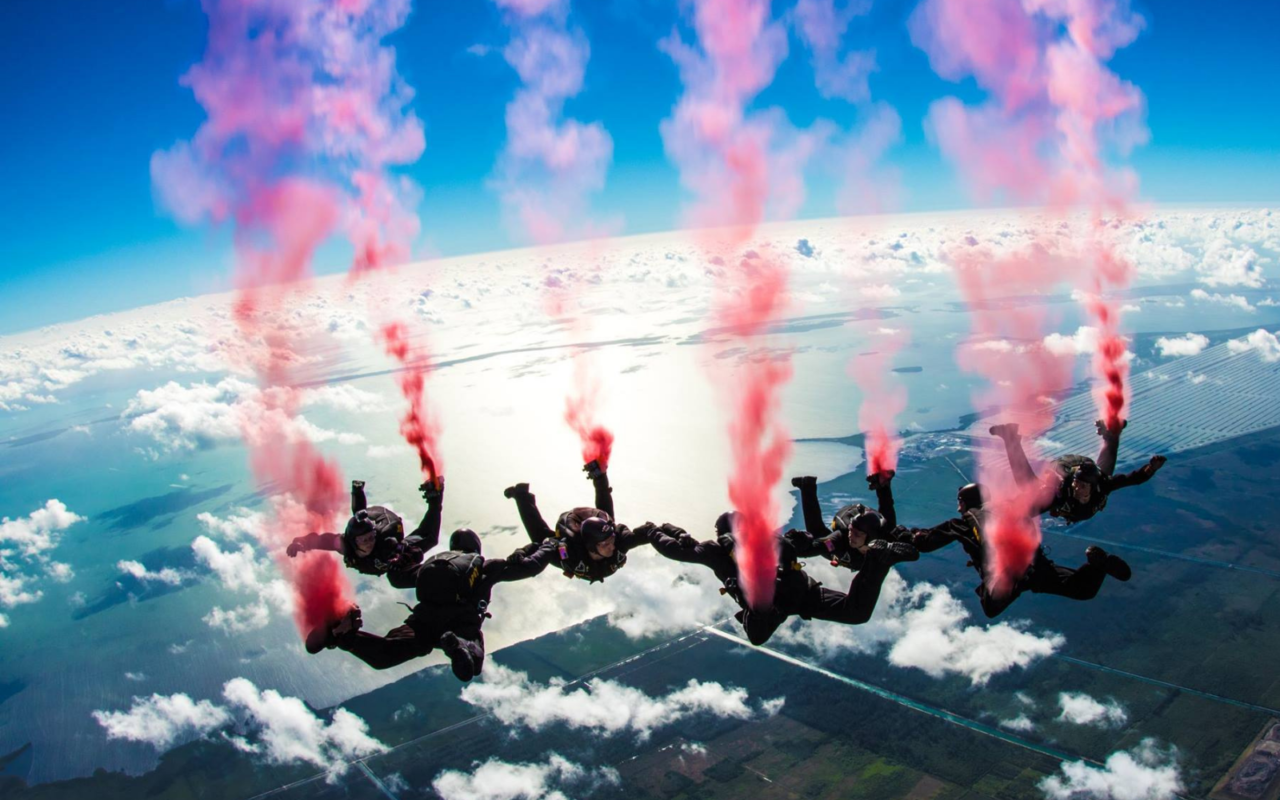 A Holmen High School graduate is on the U.S. Army’s Parachute team, and they’re dropping into Holmen this weekend.

The U.S. Army Parachute Team, nicknamed The Golden Knights, is a demonstration and competition team. It’s making four jumps in Holmen, and one in West Salem over the weekend.

Holmen Grad, Sergeant First Class Kyle Koch, of the Golden Knights, told Z93 he’s excited to be back in the area.

“I actually graduated from Holmen High School, and joined The Army straight out of high school, so I’m super excited to be back in my old stomping grounds,” Koch said. “There’s gonna be a lot of fun, it’s gonna be a good weekend.”

Koch said the team is a great tool to connect with the public.

“We travel around the country and mostly go to air shows,” he said. “Every now and then we’ll go to major sporting events, and just demonstrate what the Army is capable of and talk to people. We’re trying to connect America’s public to America’s Army.

“There’s a lot of people out there that have never met anybody in the military, don’t know anything about the military, so we’re able to get out there and kind of tell our story a little bit, and just let them know the possibilities that the Army can offer.”