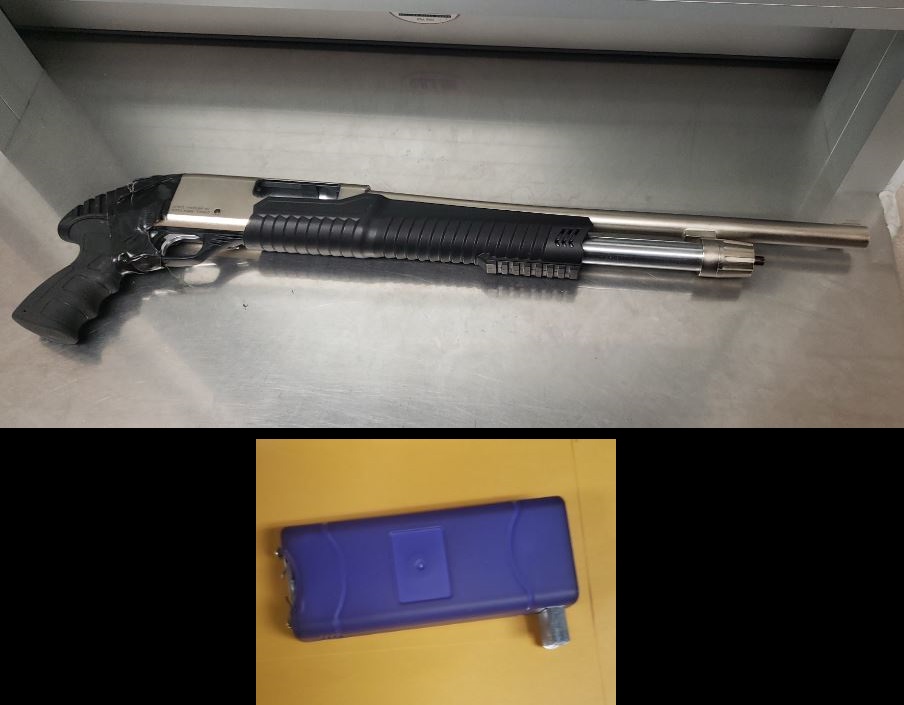 A high-speed, not quite a chase, that began near downtown La Crosse led to the arrest of two men in possession of a short-barreled shotgun and a taser.

La Crosse Police said it initially spotted a vehicle nearly collided with another, while heading north on 4th Street, near Ferry Street.

After trying to pull over the vehicle, the driver — later identified as Caleb Abbott — took off at high speeds.

Police did not pursue the vehicle but coordinated with other squads to track them. They got them doing 88 miles-per hour on Lang Drive, where they continued to run stop signs and red lights.

At the George-Ghores street intersection, the vehicle nailed a parked truck. The two got out of the car and ran. Witnesses pointed police as to where they went, and the two — the other identified as Dylan Bingham — were arrested.

Police found, in the area where Bingham was hiding, the shotgun that also had a pistol grip. A vehicle search turned up the taser.

Abbott, aged 21, was charged with felony fleeing police, resisting arrest, three counts of misdemeanor bail jumping. He also got tickets for fleeing an officer, hit and run of an unattended Vehicle, and operating without a valid license.

The 19-year-old Bingham is in jail on charges of felon in possession of a firearm, possession of an electric weapon, resisting/obstructing an officer and a Probation Violation.

All suspects are presumed innocent until found guilty in a court of law.