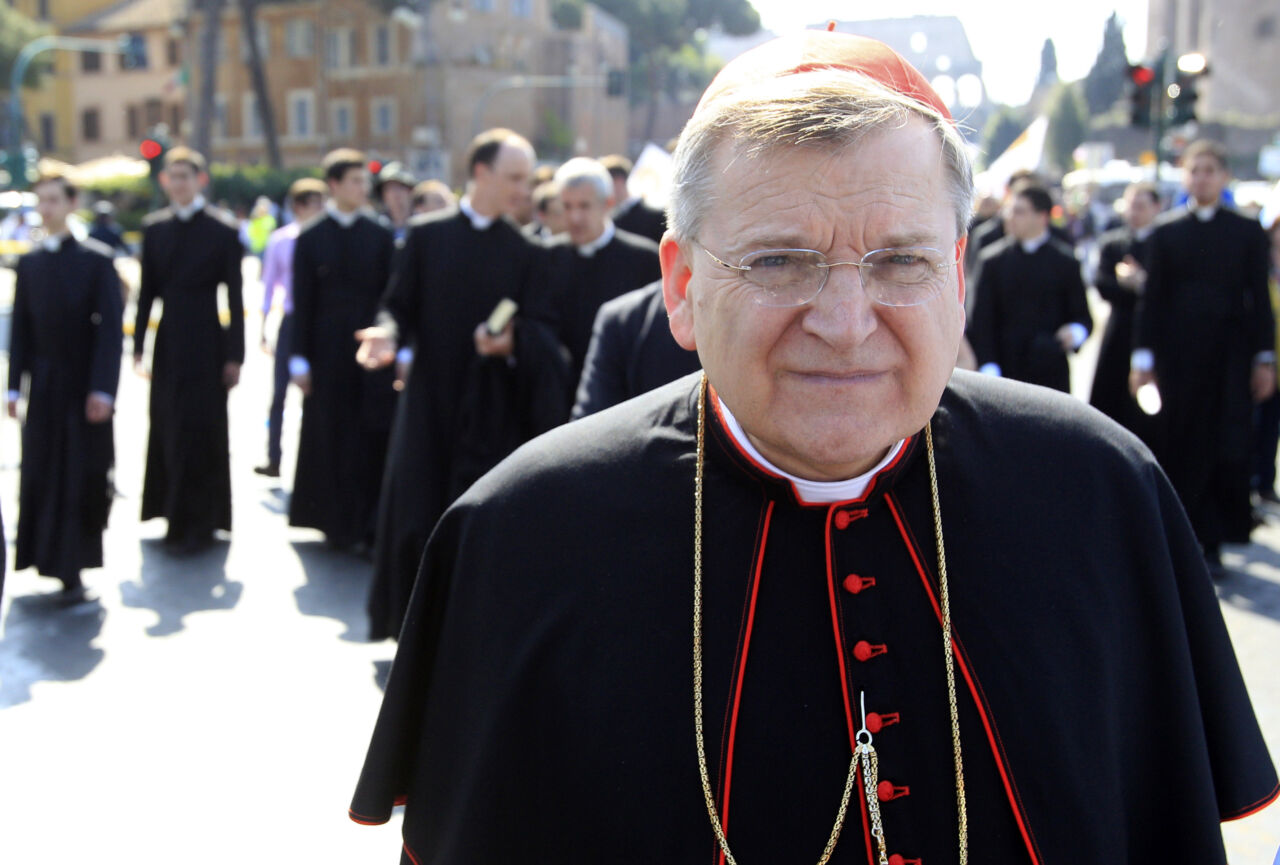 The founder of La Crosse’s Shrine of Our Lady of Guadalupe, is on a ventilator, due to COVID-19.

Cardinal Raymond Leo Burke is currently a Cardinal Priest in Rome. But the St. Louis Post-Dispatch reported that he became ill in Wisconsin, where he was raised.

Burke, who served the La Crosse Diocese from 1995-2003, said on Twitter over the weekend that he’s hospitalized with COVID-19, on a ventilator, but doctors are encouraged with his progress.

A tweet three days prior, confirmed he had COVID-19 but was resting comfortably and receiving excellent medical care.

As rumors spread of his health on Twitter, a message “purported to be from Msgr. Roger Scheckel at the Shrine of Our Lady of Guadalupe said that Burke had just been tired out from a busy schedule at the shrine and a sinus infection. The message said the cardinal had not been diagnosed with COVID-19 and was ‘not deathly ill,'” according to The National Catholic Reporter.

The 73-year-old Burke has expressed skepticism in needing to social distance and opposed mandatory “vaccination schemes,” according to the site.

Last December, Burke called COVID-19 the “Wuhan virus,” saying “It has been used by certain forces inimical to families and to the freedom of nations, to advance their evil agenda.”

In May of 2020 Burke told the Rome Life Forum that vaccinations should not be forced “in a totalitarian manner” on people, according to LifeSiteNews.

The site added that Burke said, “there is a certain movement to insist that now everyone must be vaccinated against the coronavirus COVID-19 and even that a kind of microchip needs to be placed under the skin of every person, so that any moment he or she can be controlled by the State regarding health and about other matters which we can only imagine.”

Burke was rumored to be a top candidate to take the place of Pope Benedict XVI, who resigned pm Feb. 28, 2013. Burke went on to the Vatican, becoming the highest judicial authority in the Catholic Church, aside from the Pope.