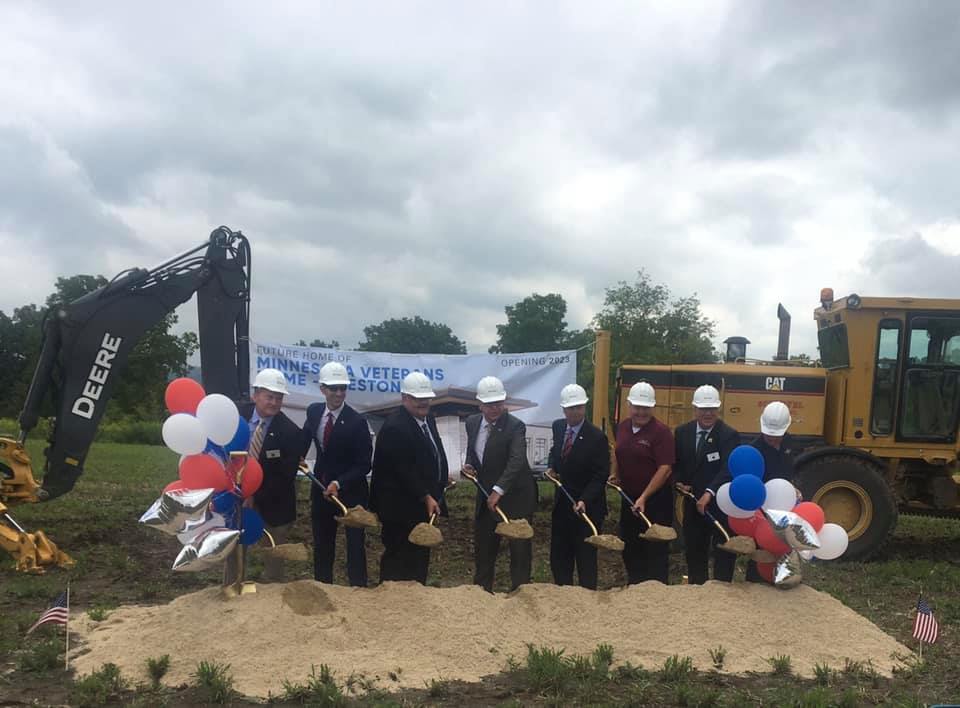 Minnesota Gov. Tim Walz and state Sen. Jeremy Miller were among those to attend the groundbreaking of a veterans home in Preston on Aug. 9, 2021.

Ground has been broken in Preston, Minn., for a new veterans home, which will include more than 50 units.

Minnesota Gov. Tim Walz and state Senator Jeremy Miller (R-Winona) were among the government officials who attended the groundbreaking on Monday.

Besides the Fillmore County project, new veterans homes have also been approved in Bemidji and Montevideo.

Construction at Preston is scheduled to start in a few months.