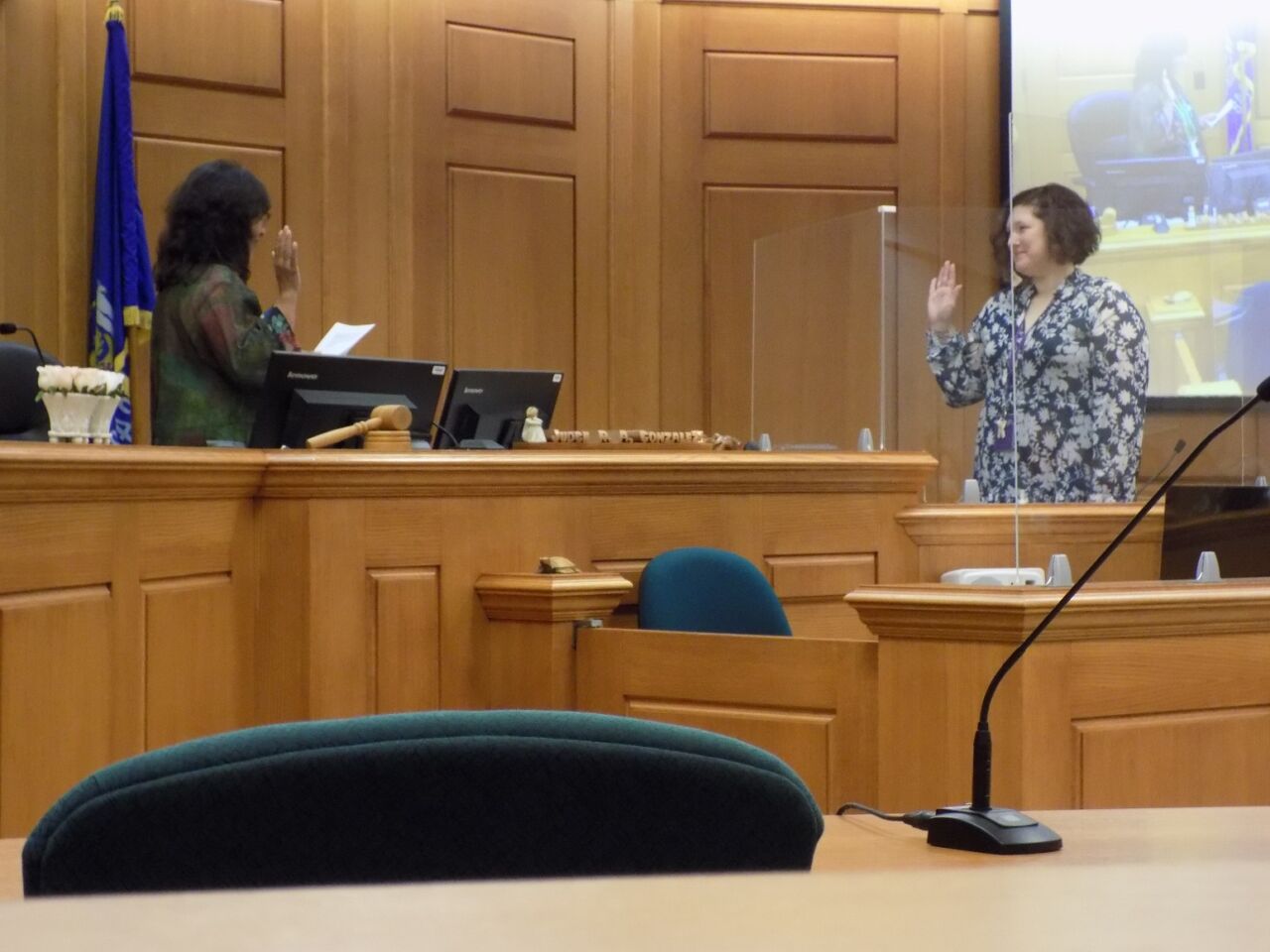 Before a jury box filled with members of her family and other supporters, the new clerk of courts for La Crosse County was sworn in on Monday morning by Judge Ramona Gonzalez.

Kelly Goyette was promoted from administrative clerk to succeed Pam Radtke, who has now retired after working as clerk of courts since 1996.

Goyette says the people in her “support system” have all been encouraging about her new job.

“I would have thought saying ‘Yeah, I’m gonna be the clerk of court’ that I’d have at least one person being like ‘Are you nuts?’ But I did not have a single person say that to me,” says Goyette. “They all have said ‘You got this, you’ll crush it.”

Radtke retired more than halfway through her latest four-year term, so Goyette will be clerk of courts for a little over a year before the post is up for election again.

Goyette has been in the courts office for four years, and enjoys how she’s been able to serve people dealing with the court system.